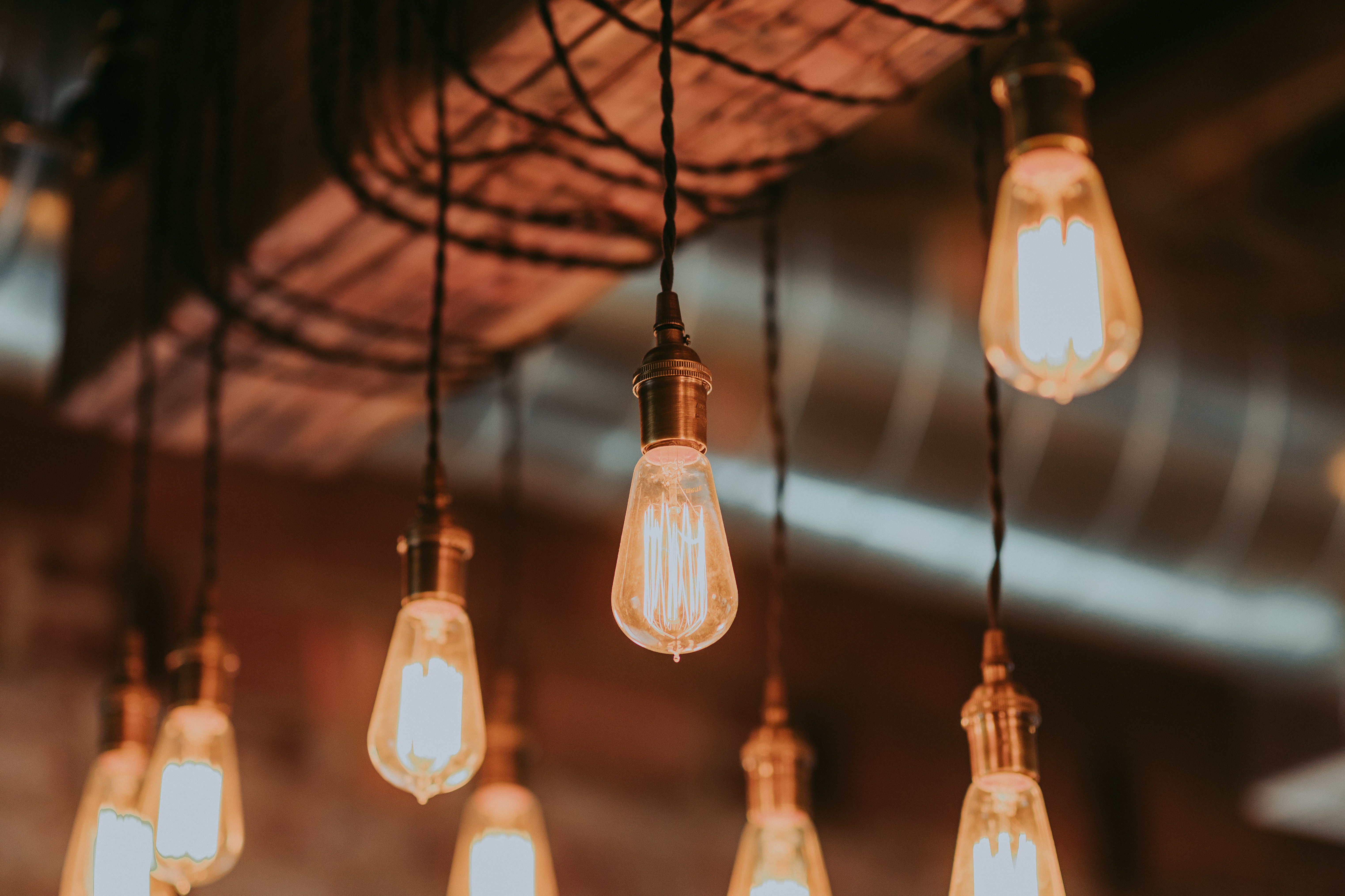 The downside to growing older is that you begin to get stuck in your ways. As though life is some form of quick-drying cement and time plants your feet firmly in it, forcing you to lay the groundwork for permanent residency there.

Routines, habits, familiarity; knowing exactly what you will be doing on Thursday at 4.30pm, or what you will eat for lunch on Saturday, when you will get laid next, or change into a fresh set of beddings, your breakfast order at Java… it all feeds into the humdrum of urban life. And ultimately, this reassurance of predictability settles into a colourless state of inertia.

I think you’re only allowed this degree of certainty if you’re, I don’t know, Charles Njonjo.

Everyone else who doesn’t have 100 plus years of shenanigans feathered in their hat has to keep moving. Keep walking. Keep trying the lock on closed doors. Keep turning on the lights in those rooms you didn’t know existed upstairs. Then you stick your foot in and say, I’m coming in – there’s something in there for me I must take.

I know I’ve evolved in the last decade as an individual. Sometimes I have missed it when I blink, yes, but it has been enough to move the needle.

For a while back there I had no other style of work shoe in my shoe closet apart from brogues. (Brogues are not to be confused with oxfords, by the way.)

I bought most – if not, all – my brogues secondhand from some chap off Moi Avenue called Marto and his assistant, Brayo. Brayo was a young hungry chap from the lakeside. Their shop was too small to contain both their dreams, so Brayo exited with his ambition and launched his own gig. I stuck with Brayo because he had the gift of gab to slice through cold butter. Plus he had mastered his personal style. You gotta love a man who knows his personal style).

I had brogues in brown and navy blue and nude and black wet-look and burgundy and two-toned shades. If there were a style of brogues that I could go to bed in I would most likely have owned a pair.

Brogues were functional for me back when I was starting out in 2013, 2014. Those were the days I did a lot of fieldwork for the features I was researching. (Now my head is grown and I’ve become a lazy desk writer pulling armchair stories out of my ass. More demanding creatively, yes, but you still need to build a library by going out there to talk to Kenyans.)

I needed flat yet stylish lace-up shoes that got more comfortable with a pair of socks nuzzling my toes. Brogues met me all the way.

Then I got knocked up with Muna in 2015 and I have never worn another pair of brogues again. I squint at them from a far these days, shaking my head at how masculine they look. Granted, my feet grew by a size after that first pregnancy, they feel less dainty and more Hobbit-y.

Brogues would make my wide size eight feet look like a masculine size 11. What’s more, I would come across as the kind of girl who would hit on my pal Vicky. Or Joan. Or both, hehee.

Then there was that Saturday morning ritual I had with my old nanny, Nanny Viv.

She and I would go to the Farmer’s market early Saturday morning. Like 5 a.m-early, as though we were fleeing under the cover of dusk.

(Know why I’m chuckling? It’s cause I’m making the market seem posh by referring to it as the Farmer’s Market. Hahaa. As though it’s a place where you can shoot your Instagram Live. Well, it’s Marikiti slash Wakulima Market – we were going to Marikiti, where the only posh thing there is its architecture. And the romantic story of the railway line that slices through it.)

We would be back home before the household – GB and Muna – awoke at 9 a.m. Anyway, we knew we had overstretched our time if the sun got unbearably hot. I can’t make these market runs anymore because of my baby, Njeeh. I send the nanny instead, she goes on Friday, at the same hour.

The one thing that made those market runs memorable was the breakfast I knew Nanny Viv would whip up after we got home. The pancakes had lemon zest grated into the batter. (She shared with me the secret of her pancakes. It was in how she patiently beat her eggs: ‘Make sure to beat them until they turn white and frothy,’ she told me. That’s how you know the egg has completely been broken down. If you don’t see this frothiness you’ll end up with gummy chewy pancakes that are as heavy as a wet towel.)

Paired with the pancakes was beef sausages and a Spanish omelette that had just the perfect degree of green chillies. And the guacamole – Good God, the guacamole; the guac was seasoned with that special ingredient they call comfort.

I would wait at the dining table with an empty plate before me, fork and knife in hand, and my mouth would shamelessly water. Even as I write this I have had to pause to swallow spit. Hehee.

Nanny Viv eventually left our household, and she took this Saturday morning ritual with her. I was gutted for a while there but my sense of adventure kicked in and kicked those sentiments out the window.

And indie, of course.

This story would miss its fourth wheel if I didn’t tell about music.

I listened to little else but indie. Then 2020 rolled in and the virus showed me that you can’t hang with your person while listening to indie. Our old world was already being eulogized and here I was belting out the dirges that indie tends to be. It felt like I was hastening the pallbearers to the grave.

GB introduced me to Amapiano. It became the soundtrack to the languid days of 2020.

Last December I had a project that dictated I sit my ass down at my desk from dawn to dusk. I told myself that I would turn those lengthy work hours into a party of one. Plus it was December already; it was sunny and gorgeous outside and the air was sizzling with festivity, never mind the curfew. I listened to Deep House. February was Soul Train mixes. Last week I was listening to Jaz Elise (she’s a sexy twist of R&B on reggae). This week it’s Nviiri’s new album.

I don’t know what I will be listening to next week.

For most of 2018 and 2019 I was busting my chops writing personal finance with the Nation. Budgeting, saving and investing your money. I used to sign off with some pompous line about being a certified ACCA. My columns – online and in print – inadvertently moulded me into a local authority on how to manage money.

Readers would write me their financial conundrums, and I would turn my response into a long-read piece for the column. That engagement was stimulating. I loved it.

My interest in writing personal finance unexpectedly waned last year. It waxed and waned as my pregnancy with Njeeh grew. I eventually birthed it with my placenta. Hehhe. I haven’t written much personal finance since. If any.

Now I mostly write about interior styling and décor. Frivolous content, like how to style your corners (probably with a floor lamp. Or an outsized house plant – a faux banana plant is an excellent suggestion) and how to style your bed like a pro (you will need at least six pillows, only two are for sleeping). I love it.

I don’t know where my winds will blow my sails to next. Maybe I will be drawn to human anatomy. Or commercial farming. Or sex. Who knows? I have always wanted to write about female sexuality and sexual awakening, about oral sex and bi-curiousity. The sort of thing my folks down in Kaplong wouldn’t read.

Or maybe… I don’t know. Sigh. Maybe I needed to write this story so I could see where my head and my heart are at.

17
PREVIOUSThe Gift and the Curse
NEXTLet’s try this again