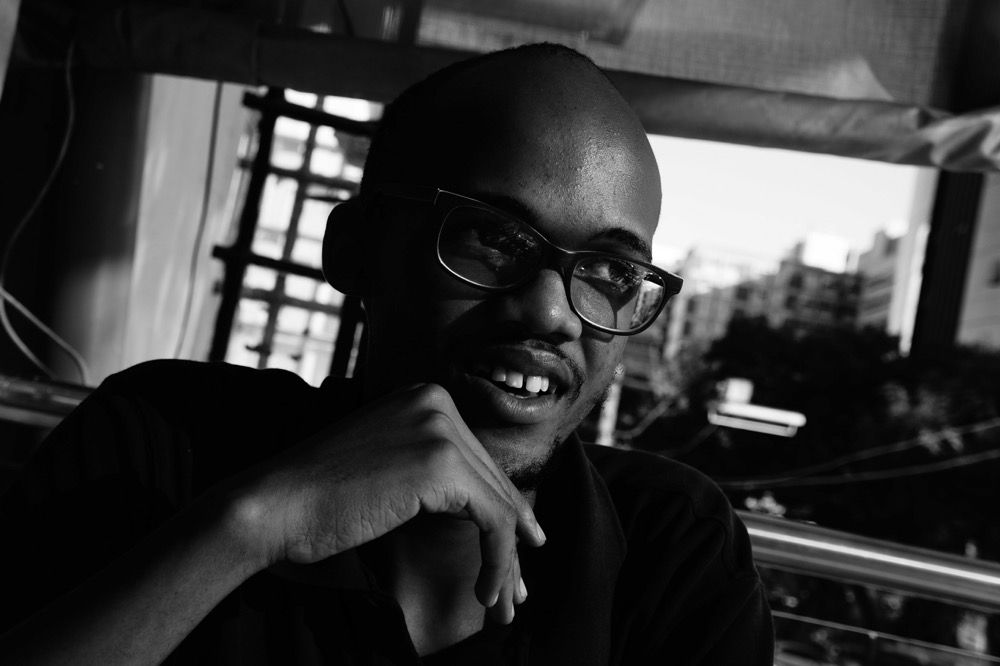 Mike Laria was out clubbing last night. He has a searing pain in his calf. He climbs the stairs leading up to Afrah Restaurant with difficulty. He clenches his jaw and grabs onto the railing, lifting his leg like an anchored mass. “Ugh, hii ndio ubaya ya kusugua dame mfupi usiku mzima.”

Mike is a deep-voiced, long-limbed and lively speaker. When he goes off on a tangent, he uses his hands and his face and his torso. Like when we talk about his campus highlight, when GSU officers stormed into school and beat up students.

Or when we talk about his stand on feminism: “I’m a feminist, in like the ideal sense of the word. I believe men and women should have equal rights. [But] feminism sai imechukua a whole different meaning. Now feminism is, ‘All men are trash.’ It’s not equality. It’s women first. It’s…fuck men. Sijui msee.”

Mike does this thing where he holds up two fingers while talking, pointing back and forth like he’s brandishing a gun. He says ‘msee’ a lot, too. Conversations with him are always a ball.

It’s Saturday. 4 p.m. We have a bottle of Krest spiked with some gin.

Mike is 22, a fourth year architecture student at UoN. As we were setting up the interview, Mike was apprehensive. What else could he adequately talk about, other than architecture? His course is everything to him. It’s the thing that excites him. He always walks by Banda Street just to catch a glimpse of the ICEA building.

“You don’t need an air conditioner for that building,” he says, “It’s facing east-west, so the place is cool the whole day because the sun doesn’t penetrate anywhere. That building is very sustainable. It’s never too hot or too cold. The architect made it perfectly. It reminds me of another time. It’s like history kept in a building. Of course it was designed by some white guy. Some guy called, er… nimesahau.”

My story with Mike dates back to 2012, when Mr. Muigai, the class teacher, decided our high school antics needed bringing down a peg. I was a notorious prep time sleeper and Mike was a first-class noisemaker. Mr. Muigai decided to sit us together as desk mates at the front. I lost the backbench spot but it barely hurt because by lunch time Mike and I had struck a chord that would thrum for the next seven years. And counting. 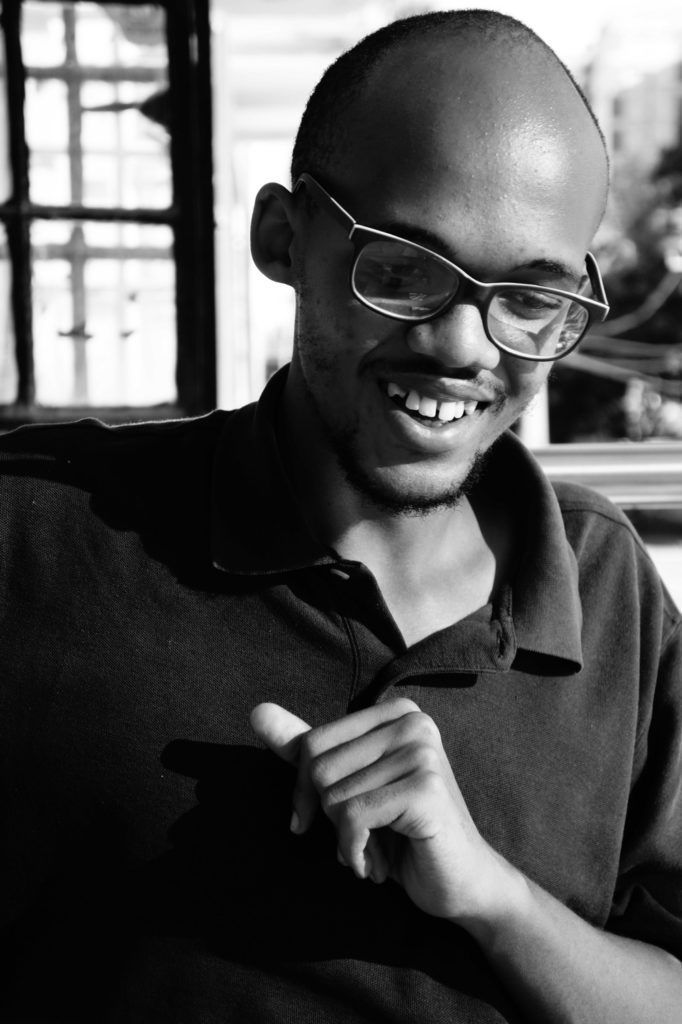 In the time I’ve known him, Mike has not had a girlfriend. Well, there was a girl, two years ago. They slept together a few times and flirted with the idea of dating. Then the girl suddenly announced that she was closing shop. Going celibate. Mike suspects it was a ploy to break up with him.

“Do you feel like you’re missing out?” I ask.

“Yes, and no. Yes. The regular sex seems amazing. Also, the companionship, that’s cool too.”

He continues, “Nairobi kuna wasichana. Beautiful women. As in, ni enough kuwaona.That’s how beautiful they are. By kuwaona, it brightens up your fucking day. How can you see this and say God doesn’t exist? This isn’t a mistake. I appreciate Nairobi for its women.”

Mike is the middle child of two sisters. Last year Mike moved out of his folks’ place. Now he lives in an SQ. His landlady is a retired Jehovah’s Witness who forbade him to have girls over. On the first day she asked him, “By the way, do you have a girlfriend?”

“No way,” she said, “A handsome boy like you. And you’re also smart you’re doing architecture. I’m sure the girls are following you. Because here we follow God’s teachings. And we don’t want us we’re following God here and you’re doing other things. It’s not right, Mike.”

He leans back on his chair. Then he steals a glance at the TV screen behind me. Man U are playing Watford. The only other time Mike breaks eye contact is later in the evening, when, with the setting sun dying the balcony of Afrah a mix of reds and yellows, and under the slow burn of gin, we talk about his Dad.

“Nadai ku-drop mixtape this year. It’s nothing serious. Si kitu ati nitaweka social media, sijui hashtag buy my new album. Msee, zii. I just want to make it to say I made it. Under my rap name, Young Man.”

“I look up to Donald Glover. Childish Gambino. He’s not tied down by sijui oh, I’m a rapper, or a producer, or an actor, director. Zii. Yeye ni everything. Ata mimi nadai shit ka hiyo.” 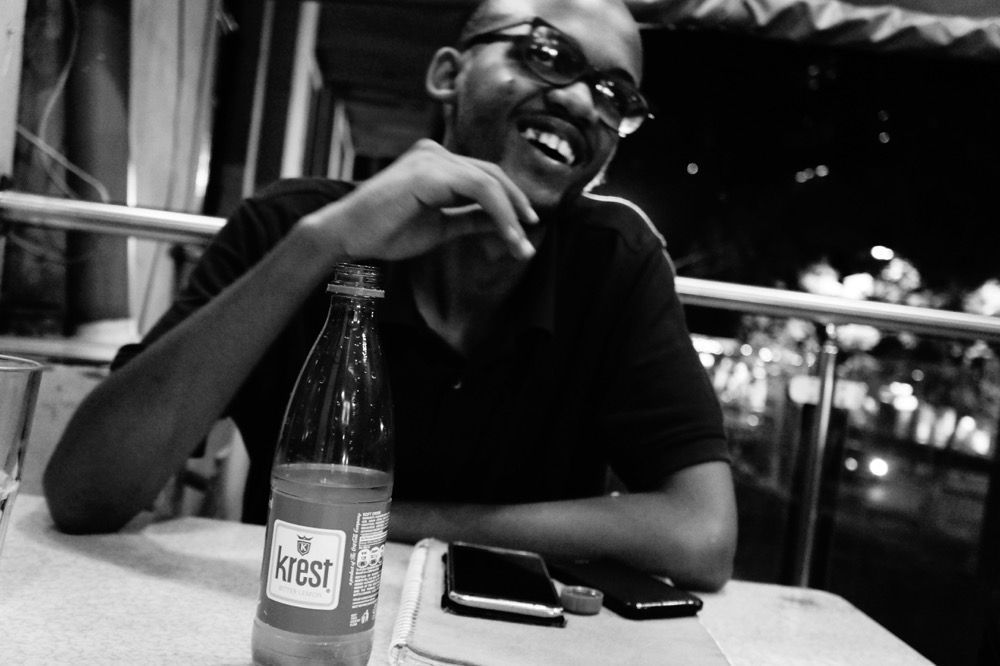 He takes a sip of gin and purses his lips. His Adam’s apple jumps as he swallows. Then he caps the bottle and places it on the table.

“Ever since I started writing my own raps, naskiza rap in a different way. Someone like J Cole. I respect him on other levels. Huyo msee ako juu. Unajua what it takes ku-craft a whole thing? Like hooks. Siwezi andika hooks to save my life. It’s complex as fuck. But ni interesting. I like a new challenge. Kitu mpya najaribu kujifunza. Ni ka hiyo ndio what life is about or some shit.

“I feel like there’s a lot of good Kenyan music. Generation yetu, tuko juu, especially artistically. Tumekuwa na Internet. Tumekuwa exposed, and people are so different.  The art is amazing. Our generation is not all books. We’re doing that Childish Gambino thing. Millennials want to try everything.

“We expect more from ourselves. People are making at 19, 20, 21. Look at Rashford. Kitambo there was only a certain way you could do things. If you wanted to get acclaim, there was a template. But sai, Internet, msee. Just do anything. Be good and do it consistently. And you’ll get there. Sort of.”

When I ask how it feels to be a Nairobi millennial, he rubs his forehead and says, “Watu wanasemanga millennial ni kama ni matusi msee. I love millennials, especially on Twitter. People are funny as fuck. And they’re doing things.

“They only say, ah, Fucking millennials, they just want an easy life, hawajui struggles, sijui they want everything to fall on their laps, hawajui ku-keep their heads down. I believe we’ll do some crazy shit, generation yetu.

“But of course we feel lost. Like we don’t know our place in the world. But uko 22, 23, msee, una-expect nini? Ni process msee. I just hope the journey is worth it.” 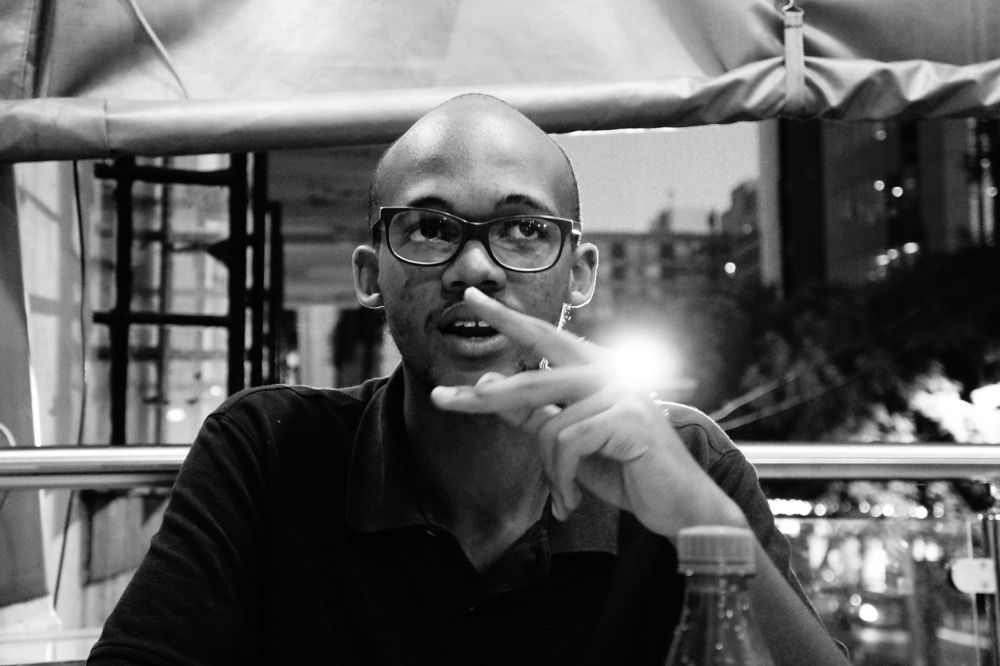 I turn the page of my notebook. Then I say, “Tell me about your relationship with your Dad.”

He looks away, pensively, his thoughts knitting across his forehead, waiting for the words to fall from his lips. And when they finally do, he speaks – it seems – from a vault in his chest, and it’s a Mike Laria I haven’t encountered before. Vulnerable is a word that doesn’t quite pair with the Mike Laria I’m used to.

“I have no idea what that man does. OK, I can tell you generally what he does. He was in the air force when he was younger. Now he deals with airplanes for UN.

“He’s rarely around. He’s been travelling since I was a kid. I’ve never had this thing where you wake up and find your Dad getting ready for work and coming back in the evening.  That’s how it’s been for me always. And it’s not a bad thing. Just how things are.

“When my Dad is around, he tries to overcompensate. He does what feels to him like the parent thing to do. Anytime we do something wrong, like coming home drunk, just the usual shit, my Mom gets mad and says, ‘utaongea na babako.’

“If he’s away she calls him and tells him what we’ve done. Then he calls you. Sometimes he doesn’t call. He’ll wait until he comes back. Then the day before he leaves again to UG or Congo or whatever, he’ll sit us down and say, ‘Guys, I want us to talk.’ Ugh. Nachukia hiyo shit. Kitu ilihappen three months ago.

“Relationship yetu ni weird as fuck. I drink with him but I can’t talk to him. Hatunanga story na huyo msee. Ball, mostly. And current events, and school. I guess you can’t force it. Kama tumelewa we have stories. Ha-ha. But sober us…” He shakes his head.

“And then there’s always the weed factor hanging over our heads. It’s the elephant in the room. [My Dad] has always been hard on me. Do you know what he said when I got an A minus? ‘Yaani haungepata A?’

“I think ni juu I’m the only son. Mimi ndio nimeshikilia jina ya familia. He even tells me all the time.

‘Wewe ndio unashikilia familia when we’re not around. You’re the only son we have. So nikiskia unavuta bangi, hainifurahishi, Mike. Because I know you’re getting lost.’

21
PREVIOUSThe parts of Miriam
NEXTThe one with the bracelet