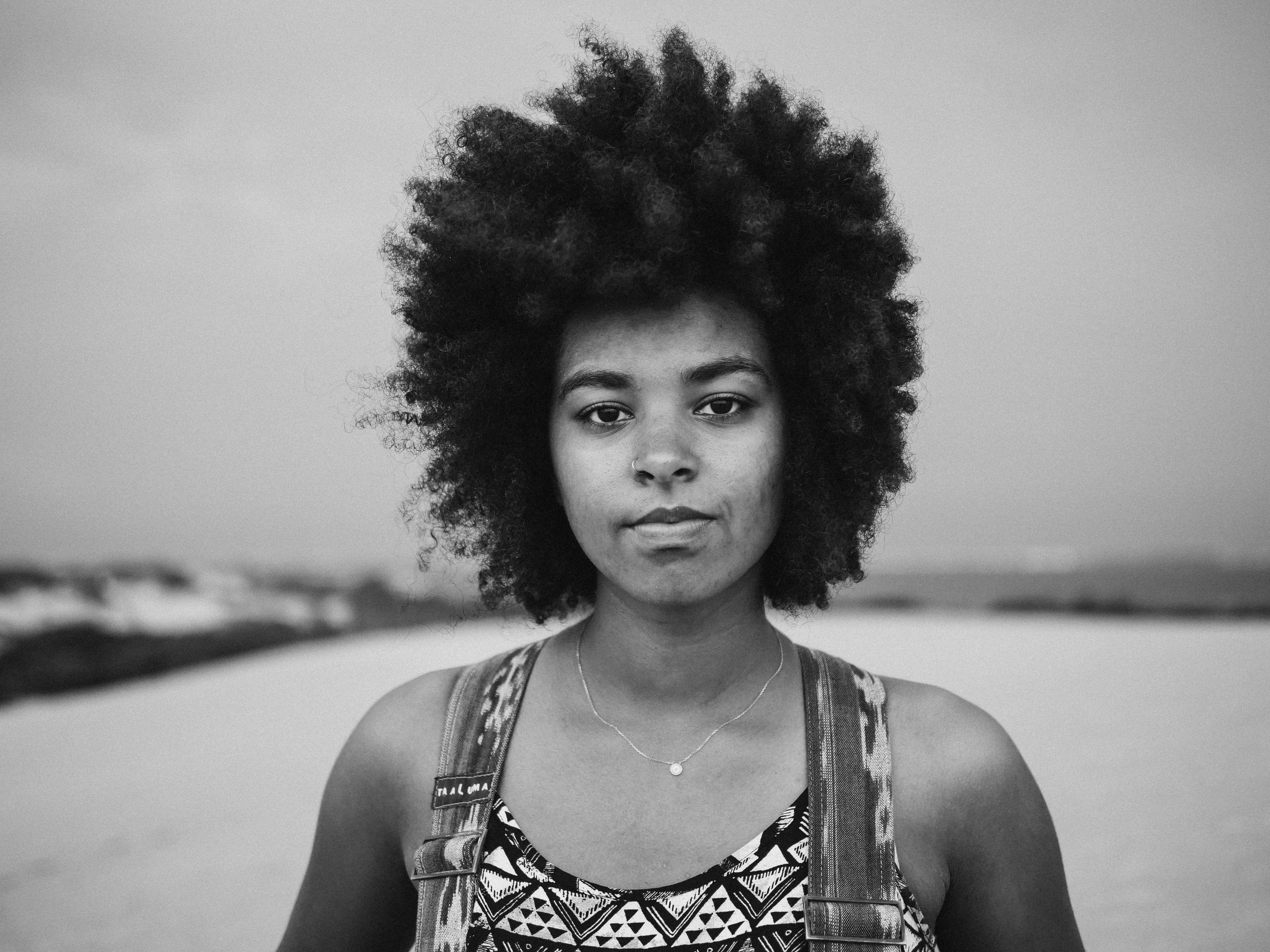 February 2, 2014. On this Wednesday, Miriam (not her real name) was 17, a regular tiny-limbed form two student at MFA Lanet.

They usually had club meetings at 4:30 p.m. She refuses to tell me what club she was in. Half an hour into the meeting, she was summoned to the principal’s office. Of course this was odd. Miriam wasn’t a troublemaker. Or rule breaker. She completed her assignments. She scrubbed her uniform clean. She didn’t grind axes with anyone.

What would the principal want? Was she being promoted to prefect?

Miriam thought she was in trouble.

The principal, a middle-aged lady with a gold-plated trophy on her shelf, began by inquiring about Miriam’s family. How things are at home, that kind of thing. Miriam was growing suspicious. But the principal finally came to the point, and said, “Your mother has gone to be with the Lord.”

Then it sank in.

“My childhood was just like any other,” Miriam says, “normal. But things started changing when my mother got sick. Meningitis. She’d be in and out of hospital. We didn’t interact for quite some time. She started getting sick in 2008.

“My brother and I would come back from school and find her lying in bed. We’d feel bad that she was sick but life would continue. We’d play and do homework and go through our day as usual. We had a house help who would stay home with her. I thought she’d get better. But unfortunately… she didn’t.”

Miriam has dark braids zigzagging on her head. Her round cheeks paired with her subtle smile give her a mischievous, if not enterprising, vibe. She’s nervous. She moves her hands a lot, and she swings her leg under the table, bumping into mine every few minutes. She barely makes eye contact.

“How did your Dad cope?” I ask, taking my first sip of the tea.

“I think it was hard for him. During the weekends he had to go to the hospital when she was admitted. There was just too much. He had work. Then there was us. Yeah. It was hard. But he definitely never showed it.”

They were living in Naivasha at the time, Miriam, her Dad, a sister and two brothers.

“In 2011 she… Si you’re Kikuyu? She went to my cucu’s place, like my Dad’s side. She stayed there for some months. Then I don’t know what happened. She went to her Mom’s place in Nakuru, in 2012. So we were not together for two years. We’d only see her during the holidays. I had school on weekends.

“Whenever we’d visit her, we would find her sleeping or seated outside, under the shade. She was just there. Woiye woiye. She wasn’t that weak and she wasn’t that strong.”

“How was your spiritual life at this time?” I ask.

“How was it supposed to be? I thought she’d get better. So I’d pray.”

Miriam keeps staring at the coffee machine. Her nervousness seeps into her speech. Her voice is clipped, never giving too much away. Her eyes are like tinted windows. So I take out my Rubik’s cube and slide it across the table. She asks, “Do you carry this thing everywhere?”

I watch her play with the cube, head bowed in concentration. Her responses are more fluid when her hands are distracted.

She continues. “It took some time for the reality of it to dawn on me. We used my aunt’s car to go to the funeral. Then my Dad went with my stepmom.”

I sit up. “Wait. She was already in the picture?”

“It’s complicated. She was around. She was there all along.”

“Did your Mom know?”

“Was your Dad polygamous?”

She laughs. “That’s why I’m telling you it’s complicated.” Then after a moment she says, “I don’t know what to call her. She used to be our house help. It’s sad, right? You can connect the dots.”

(This is not the aforementioned house help. This is the one they had when Miriam was seven years old. Another help.)

“I don’t feel any hatred for my Dad. But sometimes she’s biased. She’s just there. She’s unpredictable. But she’s trying. She’s a good person. After my Mom’s death she was, how do I put it… she started becoming extra.”

Miriam twirls the Rubik’s cube during our lengthy silences. She twirls as I sip my iced tea. She twirls when she’s looking at the coffee machine. She does everything but touch her glass of passion juice.

She came to Nairobi after a scuffle with her stepmom, who is now a housewife with two kids.

“That day I wanted to take my brother to school. My Dad would drop him, and I wanted to go as well. But my stepmom wanted to go to the market and leave her baby in my care. But I just didn’t feel like it.

“She got angry. When things become overwhelming for me, I cry. So when my Dad left with my brother, I cried. She was asking me how can I cry? Just a lot of stuff.

“Then she didn’t talk to me. I just didn’t see the point of staying in that house. My Dad would go to work and come back in the evening. I’d have no one to talk to during the day. Like inasmuch as I don’t talk, there was that tension in the house. So I told my Dad I want to leave. That’s how I came to my aunt’s place in South B. I was there for a month. Now I live in a hostel.”

How’s life living in a hostel?

“It can be boring. It can be interesting, because there’s so much freedom you can do what you want. [If] you feel like going out you go. But it can be boring if you’re not used to staying alone.

“And I like having my own space. I hate people disturbing me. So if I’m walking in town, I’ll probably have my earphones, because there are some weird people who like saying ‘hi’, and I just don’t like it.”

Do you ever dream about her, your Mom?

“Only when she died. From then on, no. But I miss her. And when I do, I cry. If I’m in school I go to the washroom. At night I go to the balcony. There are so many things I wish I could tell her. I talk to her through writing. It’s like a conversation with her. I write in a red notebook with white polka dots.

“I write when I feel overwhelmed and I can’t handle it, or when I really really miss her. The last time I cried was Wednesday. I just went to the balcony and cried then came back to my bed.”

Miriam will go back to Naivasha in two weeks, for Easter. When I ask if she ever talks to her Dad about her Mom, she shakes her head and says, “No. It’s really hard to have some conversations. We don’t talk about her.

“There’s always family drama on my Dad’s side, most of the time they’re about my stepmom. So they make it hard for me to accept her because there’s always so many negative things. In the end I’m caught up in the middle, with all these negative thoughts, it can be hard. But it’s manageable.”

“What is your fondest memory of your Mom? What kind of hairstyles would she rock?”

Miriam smiles. “Her chapos were very good. She loved cooking. And she’d always come for those school meetings when we were young. She wouldn’t miss. Hairstyles…” her voice trails off.

She tilts her head and curls her lips. “She’d do braids sometimes. Other times she had relaxed hair.”

“What do you think she’d say when she’d see your tattoo?”

Oh yeah, Miriam has a tattoo on her back, inked, ‘Live and Learn’.

“I think she’d be disappointed, I don’t know what she’d say.”

“And how does it feel to be a millennial in Nairobi?” I ask.

“Is this the last question?”

“It’s normal There’s no big deal about it.”

“At some point I feel like I’m such a broken person. I’m just weird. I don’t let people in. I don’t know how to make friends. I’m afraid of being vulnerable to people. But sometimes I feel I’m OK.”

Now I just have to ask. It’s been over an hour and Miriam hasn’t even looked at her juice. I point to the juice and say to her, “Are you going to drink that? It’s wondering whether it landed on the right table.”

She grins. “No, I just want this to be over then I can take it.”

“Say no more,” I say, closing my notebook. “Just one more question. How did your Mom’s passing change you as a person?”

“I told you I’m not open. So I can’t talk about it with just anyone. I’ve been a silent person all long, but I’m more silent than before. I end up pushing people away.”

“And your tattoo? Have you lived?”

“That it’s never that serious. You just have to keep going.”

I suspect Miriam doesn’t want me to keep the questions going. Heck, even her juice has had enough.
—-
Follow Mike on Instagram: mikemuthaka