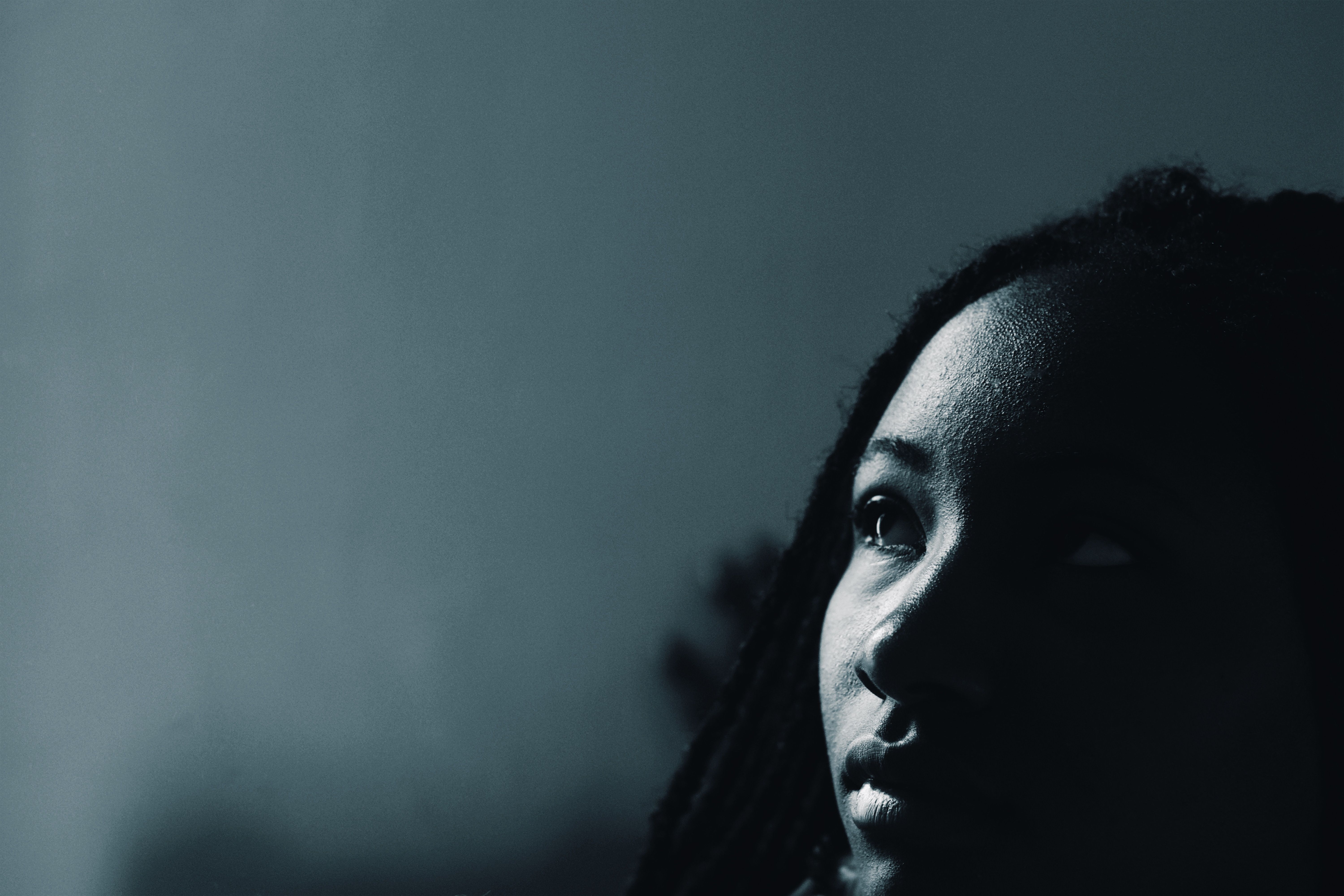 “No one understands the magnitude of fuckery that goes on when your mind is like, ‘Peace bitch, we’re not here anymore, you deal with your shit, ‘cause it’s too much, you’re too sad, you’re too anxious, us we’re leaving.’”

One night in September 2018, Victoria Maina – a third year pharmacy student at USIU – was taking a nap when her sister came into the room to remind her it was her turn to put the food in the fridge. Victoria woke up and felt unlike herself. She says, “It was like an out of body experience, like someone had colonized my mind and I felt trapped.”

She thought she was just groggy from the sleep. But months of anxiety and academic stress was finally taking a toll.

“When I came back to the room, I realized for real this wasn’t me. I looked in the mirror and I was so scared. I called my Mom and told her what I felt. She prayed for me.

“I remember my heart racing while she’s praying. And it was so confusing. Like, what the fuck is happening? I told her I couldn’t sleep alone. So she slept on my bed.”

Since that day, Victoria is scared to sleep in the dark.

She struggles with depression. She has knocked on therapists’ doors and filled countless forms about her eating habits. She’s been to therapists who’ve said they’d call back after evaluating her case. She’s seen therapists with basic advice like, “Just give it time.”

She’s been to another one who dismissed her case saying, “You you’re not depressed. You’re just looking for attention. You can’t be depressed if you leave the bed in the morning and you have a high GPA.”

Exactly one week from now, Victoria will have grown her dreadlocks for three years. Her hair is tucked under a bandana when we meet at her place in Thome. She’s leaning back on a chair in the veranda with her legs placed on a coffee table.

We’re seated next to an old BMX bike and a sooty grill. She has a rainbow colored ankle bracelet. I point at it and say, “Tell me about your bracelet.”

Victoria’s specs are smudged with fingerprints. The voice recorder can barely catch her soft voice. Once in a while her eyes wander off to a potted plant, or at the neighbour’s cat, or at her phone. She’s hangover, self-deprecating and distracted. Her speech keeps trailing off. So does her mind. Then she brings herself back up to be speed by saying, “What was I saying?”

It’s a warm Saturday afternoon. She slowly takes off her jacket and shows me the scars on her left arm, demons of old, self-inflicted razor cuts to override the emotional aches she felt after high school, especially after she missed out on studying dentistry.

“I think at that I felt like a fucking loser. I was just like, I’m not pretty. I’m not smart enough. I never get what I want. If I actively pursue something, I won’t get it, ama I’ll just miss it by a mark. ‘Cause I remember signing up for schools, not getting in, being just below the entry mark.

“Then I tried architecture, missed it again. My parents didn’t want me to do pharmacy at USIU, but then again, I was like I can’t do anything else. I can’t do business. I can’t do computer. They’re relatively easier than pharmacy but if you don’t have the fucking drive…I’d just be miserable.

“I was going through so much. It made me angry that people were moving on. And I was just stagnant. Kept on getting Ls. And I was also frustrated because I didn’t have a good support systems in terms of friends. I was fighting myself. I was fighting my sexuality. I was trying to find an outlet, or something or someone to validate me.

“I was mad at myself and the world. I don’t remember the first time I cut. I wish I did. But I know it was out of hurt, so they were low shallow cuts. The ones out of fury were deeper and more intense.

“I saw this thing. I’ve never verified it. But it said the same pain center for physical pain is the same one for emotional pain. So like once you override this with the other you don’t think about it. And that’s the kind of relief I had from cutting. It was like a form of escapism.

“But I’d never judge anyone who does it or is still trying to fight it because it’s hard to come out of it. It’s like everyone is trying to escape so you can’t really judge someone.

“Oh…uuh, the scars, they haven’t like really faded. The ones on my thighs faded really fast. But the ones on my arm haven’t gone kabisa. But you can see the progress. They were really visible. I just want them to go. I even tried Bio Oil. Bruv. Doesn’t even work. It’s a rip off.

“I’m comfortable with the scars. I feel like they remind me of where I was. And how far I’ve come, and even though I don’t have the healthiest coping mechanisms, I feel like I have like a balance now. You know? But I still uhm, prick my lip hadi it bleeds, when I’m anxious.

“I wish I could go back and tell myself that you know what? It’s going to be okay for real. Just chill for the real drama. I’d tell her you’re the baddest bitch. And you don’t have to hurt yourself. I’d just hug her and say, ‘Imagine ni sawa. Ai shawrry.’”

“I think the first time I noticed my attraction to girls was in class six.

“I had this friend and we used to be really close. The vibe was there. When I went to Pango [Girls School] I had to push it down. ‘Cause I was like, no way, it’s against God. Coming out of Pango was liberating and confusing ‘cause you’ve been hiding this part of yourself for so long.

“And you’re not even sure if it’s legit or you’re just experimenting. And people are so homophobic, hating or discriminating, saying you’re just a fetish. It’s a lot. I don’t like unpacking it to be honest. And I don’t think my therapist likes talking about it. I think she’s in denial. The next time I see her I’ll tell her my girlfriend broke up with me to see how she’ll react. But she’s cool.

“Do you think you’ll tell your parents?” I ask.

“Sometimes I think, is it worth it? Sometimes I just want to be real with them because they know everything else, they know I smoke and I drink, they know a lot, especially my Mom. And I feel it’s crucial. It’s a part of me I can’t hide forever.

“I’d want my Mom to know but then she’d be like, ‘You’re not going for a sleep over at a girl’s place ever again.’ And I don’t want to lose that privilege. Ha-ha.

“Sex with girls is more comfortable for me. It feels more authentic. More beautiful. Let me just be mysterious about it. That’s all I have to say.

“My dreadlocks represent a journey. When I got them, it was after a whole era of confusion and hiding and not being my true self. My higher self.

“I got them on the 7th of May. I could be whoever the fuck I could be. I was excited and scared to start campus. What did I think I was doing signing up for this course? (And now) I’ve made it to fourth year. Like, kumbe ni mimi?

Victoria met ‘A’ at the smoking zone outside school. ‘A’ was beautiful. ‘A’ had eyes like the ocean.

Victoria would usually go there two or three times a day for a cigarette. She’d sit on the bench and think about nothing and everything, how hard life is, another lab report, how Hepatitis B is transmitted, pharmacy stuff.

One day Victoria wore her Kendrick Lamar T-shirt. ‘A’ walked up to her and said, “I really like your shirt.”

Victoria said, “Have you listened to the album?”

“Yeah, my birthday is coming up so it would be perfect.”

“In retrospect I was like, What the fuck is wrong with me? This is a fucking stranger. She’d see me all the time and ask, Where’s my T shirt? But my wallet was like, oh oh, where? Answer her.

“I’m telling you I’m a runner, like Eliud Kipchoge. I run away from commitment because I feel so inadequate. First of all I’m like, ‘Mimi? I’m the one you’re giving all this love? Uongo. You have ulterior motives.

“I don’t feel deserving. I always anticipate the hurt and it scares the shit out of me. I feel like I’ll be so destroyed and I won’t be able to come back from it. ‘Cause me I know people move on real quick. Me I don’t. There’s always like… residue.