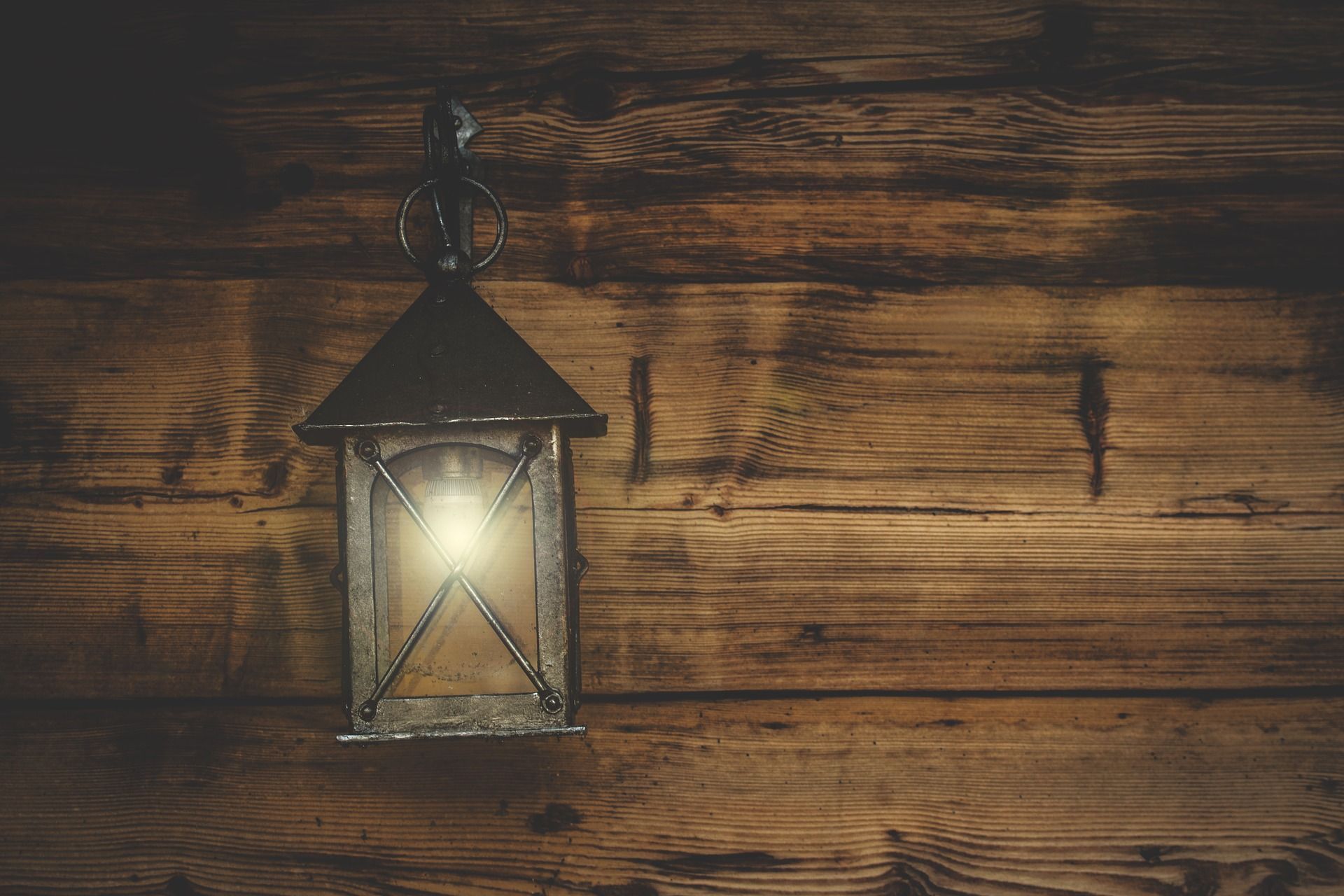 BY FLORENCE BETT
I got up at 4AM this morning. 4.22AM to be exact. It was more of freaky startle than a gentle flutter of eyelids, and a ladylike yawn and stretch. I woke up like a man. I was hot and sweaty and fully-clothed. I was probably even drooling, maybe I’d even just let out a fart, who knows. It was unsexy, really, it was nothing like how you see them waking up on TV.

I touched my face to feel if I’d slept with my glasses on, because it happens some times, on the days I don’t prepare myself for bed. I hadn’t. Then I thought about the githeri and avocado that was waiting for me in the kitchen. I was famished, I hadn’t had dinner. I prefer to skip dinner these days – or have a light one before 8PM – because it helps me sleep better at night when my tummy isn’t stuffed.

I remembered falling asleep on the couch next to GB. I remember he had his laptop open and was absentmindedly catching a show on Netflix. (El Chapo. Don’t bother, it’s no fun. The guy who’s playing the lead role of the drug lord El Chapo doesn’t have the charm and presence of Pablo Escobar. What he has are the sad eyes of a jilted lover and a walk so funny he looks like he’s break dancing. The show is also set in modern day Mexico so it doesn’t have the romance of the 70s like Narcos does.)

GB had his laptop open because we were discussing figures on Excel. It was like we were in a chama meeting or an year-end investment committee. Or some board meeting where audited results were being tabled.

“I don’t know,” I say, stifling a yawn. “Probably distance of their location.”

“I propose they give us at 15K,” he says. He turns to me, “Do you have another quote on email? Can you ask for….? Wewe?! You look sleepy, are you really in the mood to discuss this now?”

That’s the kind of couple he and I are: we crunch numbers on Excel and write our goals as meeting minutes and send each other emails. And because he’s Kuyo, we discuss money probably more than we discuss Muna’s tantrums or what we’ll do on date night or those brown sandals of his that I hate.

Is that odd, the amount of talk time we dedicate to money? Do you think it odd? Sometimes I think it is.

Well, whatever we were discussing was such a snooze because it sent me straight to sleep.

Here we are now.

Because it’s Christmas next Monday and because it’s the New Year soon after, today would be a great time to take stock since launching Craft It in September, and also from beyond, in the old blog.

Most read story as of today: Exes and Texts
You know what fascinates and baffles me as a writer? The stories that I put my best into get the least traction while those that I hurriedly piece together a few minutes before the deadline, the ones that leave my desk when they’re still “warm from the oven”, the ones that are least “perfect” to me, sit at the bottom of the most-read list. It’s so fascinating.

We write stories and send them out into the World, and they take a life and shape of their own. Whichever way it goes, they’re sort of responsible for their own consequences.

So do that which makes you – as its creator – happy. Please yourself first. Control ends the moment right before you hit ‘send’/‘publish’.

Story that’s closest to my heart: Muna is born
If there’s a story I allow myself to read and re-read, it’s the story about the day Muna was born. On 19 November 2015. It’s also the date of my best friend’s birthday.

It wasn’t by chance that Muna’s birthday fell on that day. I’m convinced of that. I’m convinced that fate and the Universe are waltzing to some well-timed choreography with the lovely people I share my life with, because my daughter and my niece share a birthday with two of my best friends. (Shout out to my bitches, Terry and Pepe!)

The thing about Muna is that she gave me a new kind of happiness; a happiness I’m certain I won’t find anywhere else in this world or in any other person breathing. That’s what babies do to you, they unlock a sacred part of your heart, one you didn’t even know existed. And they fill its depths to the brim with their cute feet and chubby fingers and giggles. With their purity and innocence and by just being there.

What makes it even more amazing is that each baby comes with his own kind of happiness and unlocks yet another part of your heart. It’s beautiful, really. So beautiful.

Muna also gave me material to write for my motherhood column in True Love magazine. Ahem. She’s art in motion.

Anais Nin, a writer, once said, “We write to taste life twice, in the moment and in retrospect.”

This story embodies Nin’s every word.

(I stole that quote from Bikozulu by the way, hehhe. I don’t recall where he’d written it, though.)

Speaking of, there’s Fra: My first ever published story
There was that first time a story I’d written was published and read by an audience beyond the selected few in my close circles; an audience so brutal, so unforgiving, so blood-thirsty, I’m even surprised I survived that public slogging.

It was painful to say the least. Not hurtful, but painful; there’s a huge difference.

What made me get up, dust myself off and carry on in my journey as a new writer was the reassurances of two voices that whispered to me in the midst of that melee.

I owe this to them.

My best music/album review story: Anto Neosoul’s Starborn
The folly with Kenyan artists – with the sole exception of Sauti Sol, of course – is that they release albums fewer times that we change governments.

Elani released Barua ya Dunia in December 2013 and we haven’t heard much from them since. Juliani, Exponential Potential in 2014, and it’s been just a quiet from his quarters. Same case for Atemi and Manzili (State of life) from the same year. Camp Mulla split up before their ID cards got dog-eared. Sage Chemutai released a single early this December – Watching You, it’s tight, catch it on YouTube – and I’m apprehensive thinking about when we’ll hear from her next.

It pains me that these talented artistes put aside their gift as if it’s a pair of shoes they’ve grown tired of. I’m curious, what do they do with their time now that they’re not producing music? How do they satisfy the artsy savage that’s locked up inside of them, the one growling to be let out?

Anto Neosoul’s debut album hit the waves in 2014 and I’ve been following him on Instagram with the wild hope that a sophomore album will follow. Honestly, I doubt it’s coming. He’s running some youth entrepreneurs gigs right now, which means he isn’t in the frame of mind of write any more music, let alone sing it.

What’s not sad, though, is the mind space I was in when I wrote that review. Boom!

The worst financial decision I ever made: Joining a pyramid scheme
When I think about the cash I lost and what I would do with it if I had it in my hands right now, how I’d wring every penny for all it’s worth, how I’d stretch its use, how I’d bend it as far back as it can go before it snaps, how I’d turn it around to work for me… Sigh. Lord help me.

It’s the patience and tireless consistency of watering it that help the plant slowly grow.

Anything else they tell you is a lie.

Eat an apple and chew on that.

Story that reminds me of my folks back in Kaplong: Retire already
I miss them, my Mum and Ol’Man. They’re retired now and are farming in shagz. I can’t imagine how happy they are together, spending all day tilling the fertile land and petting their cows.

Have you ever read that short stories book by Jeffrey Archer, ‘Cat’ O Nine Tales’? The first story is about ‘The Man who robbed his own post office’. It’s hilarious, hahha.

That Archer story and mine sorrta remind me of my folks.

We’ll be travelling to shagz next week – me and my football team of siblings and their kids – and we’ll all hang out together for a couple of days.

It’ll be loads fun. My folks will have loads’a fun.

Story that has a much deeper meaning that I had anticipated: Flattened breasts and forgotten egos
This story took me more than two weeks to put together. What made this creative energy seem less of a drain and more of triumphant was how it read once I uploaded it. Plus, my readers back then received it well.

This story has so many life lessons, so many packed layers about persistence and fixing your eyes on the goal and what you can achieve when you wave down the right people in whichever journey you are on in your life.

The multi-dimensions means it’s as relevant to me right now as it were back then.

The moral remains: Forget your ego, it will get you nowhere.

And now, a preachy and labourous ramble about the things I am thankful for this Christmas:

I am thankful that I have this creative platform where I have the license and freedom to do as I please. I am thankful for my new brand, Craft It, and the shape it has taken thus far since launching in September.

I am thankful for my growing team of passionate, hungry writers – Mike and Tuape – who trusted me enough to join me on this lonely journey when I had nothing to offer (still don’t) besides a catchy tag line (“Stories of Kenyans in their Craft”).

I am thankful for the goals I have for the Craft It brand in 2018, and for the opportunities I pray I will get to take the brand to the heights I have envisioned.

I am thankful for closing 2017 in great health and with my sense humour still in my pocket.

Most of all, I am thankful to GB for believing in my crazy dreams more times than I have doubted them.

Tell me, what are you most thankful for this Christmas?