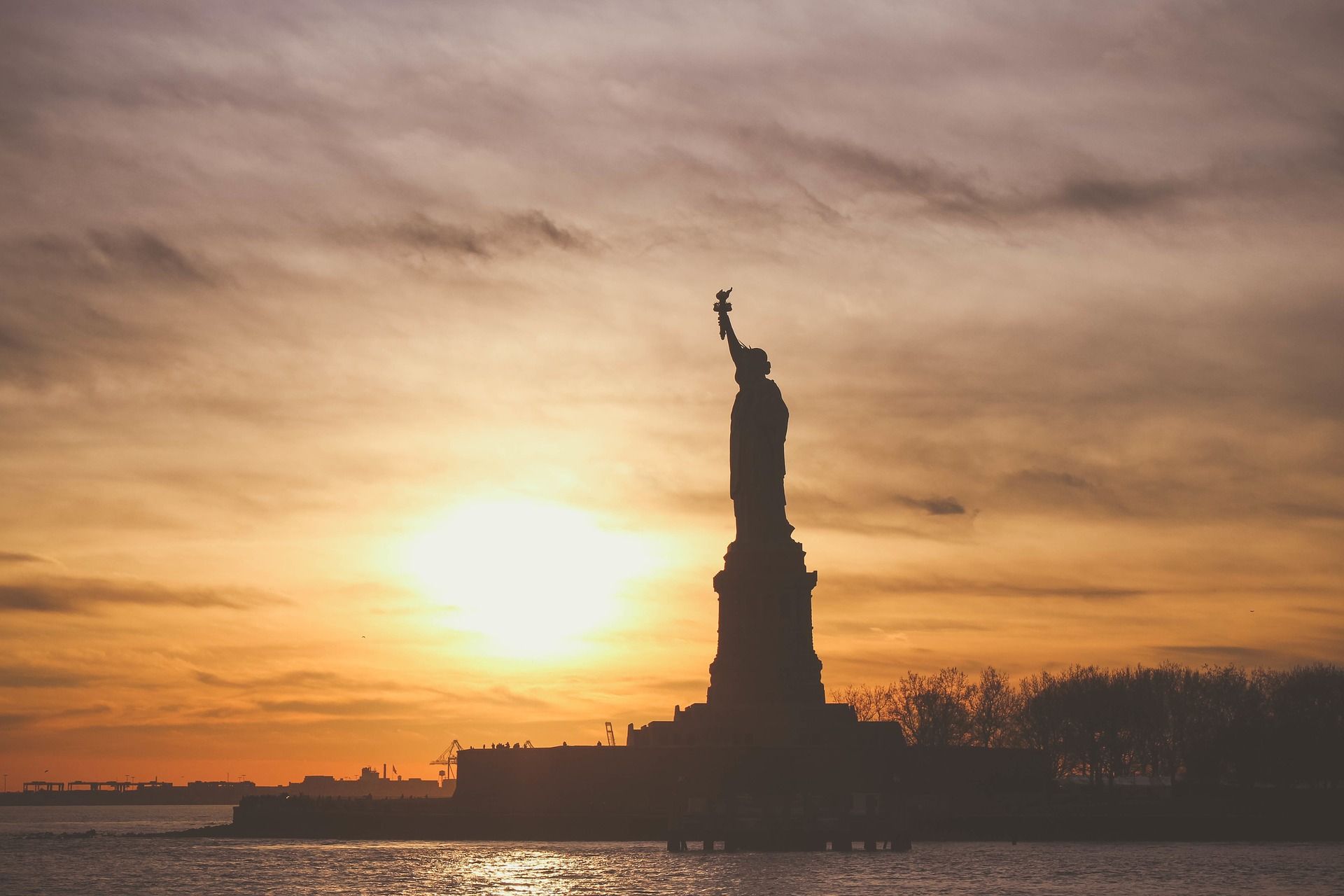 BY FLORENCE BETT
Film has been a major bust this year. Honestly, it has.

It’s November already and I haven’t watched any movie that has kept me up at night staring into the darkness; there are no scenes to recall or quotes to steal anymore. Nothing to one up what I’ve already picked up from old movies and taken to heart. (One of my all-time favourite quotes from the movie Catch Me If You Can goes, “Dear Dad, you always told me that an honest man has nothing to fear. So I’m trying my best not to be afraid.”)

I haven’t been intimidated as an artist or gawped at how the geniuses up in Hollywood have pushed and redefined creative boundaries. My values and ethos as a human being haven’t been questioned for their seemingly linear projections. I haven’t been inspired to pick up a sword and go into a battle I have no business fighting. I haven’t been provoked to ask myself what legacy my sacrifices will amount to when I leave this world. I haven’t become anxious about what little of the Universe I’ve experienced. I haven’t dreamed of abandoning the comforts of my suburban lifestyle to hit the dusty uncertain road in pursuit of the pot of gold at the end of the rainbow. Hell, I haven’t even bothered to look at a rainbow more times than I need to.

Books are doing that to me. Not film. Not TV.

Great film is behind us, Folks. Great film will be a tale we’ll be telling our kids before they go to bed at night. Like some sort of fiction that existed only in the fringes of our ripe imaginations. “Mummy, please tell me the story of The Prestige again?” It’s the same way I’d read Jeffrey Archer’s novels as a teenager then narrate the story to my little sister.

The big-screen movie I caught last was Geostorm. Caught it in 3D at The Junction. This movie is the one with Gerard Butler and some space program he set up to control global climate, they called it Dutch Boy. Geostorm was barely hanging there – it was clawing for an above-average review by the tips of its fingernails.

I also liked The Hitman’s Bodyguard. It was quite entertaining, with its wit and light-heartedness and Samuel L. Jackson, he has such presence as a performer so he salts-and-peppers any movie he appears in.

But that’s about it. That’s as far as I can recall. And just to tell you how bad it is, I wouldn’t catch those any of those movies again if I’m asked to.

I don’t watch much TV because, I don’t know, it’s so lazy of me as a creative to sit in-front of the TV and consume another artist’s work instead of creating one of my own. That’s how strict I’ve fashioned my approach to any form of creative work.

I’m also impatient and get this shitty sinking feeling when I watch bad TV. I get remorseful and angsty and guilty afterward. Like I’ve just killed an innocent man.

Plus, it takes up so much of my time to sit my ass at the Tube – there’s so much else to do on any one day, so little time to get it done. I’d rather read a book or turn in early, at 9PM. More likely turn in early. Because one day soon, I will get another baby, Inshallah, and I’ll be up with that Pumpkin in the middle of the night – my eyes stinging, feet dragging like The Walking Dead – and I’ll curse myself when I remember those days when I opted to stay up and watch TV instead of going to bed early, to clock nine straight hours of uninterrupted shuteye.

That reminds me. We were having my sister’s baby shower when one of her pals made a boatload of confessions about her sleeping habits. Her son is nine now, and she said she gets a frisson whenever she sets her alarm and it tells her that it’s ten hours until the alarm buzzes the next morning at 6AM. Hahaa. Ten hours of sweet sw-ee-t sleep. It’s been nine years since – nine years! – yet she still gets chills when she thinks back to staying up at night, rocking him into the wee hours of dawn.

That whole storo just cracked me up.

If you catch me watching TV, then I’m studying character formation and story lines and pacing and dialogue and, context and segueing of scenes, and all those other elements of storytelling we harp about in our Creative Writing Masterclass with Bikozulu. (Our 13th Edition kicks off next Wednesday, by the way. On the 6th of December.)

I watch TV with my third eye open wide.

Come to think of it, the only series I’ve caught this year and sat back to enjoy was Brooklyn Nine–Nine. The improv was dead on and the humour is still as tight as when I watched it the first time. I catch reruns – alone – whenever I get a chance to and I always laugh myself into a fit. GB doesn’t quite get why I keep coming back to it when there are countless other new productions on Netflix I can catch. Why keep exploring when I already dug up my diamonds? I ask. I’m also too timid to push my luck.

It wasn’t always so with this series, though. At Season One, I was convinced that all the characters were paper-thin. I didn’t foresee how their eccentricities would carry the story forth and keep me coming back to it. I was wrong. By Season Three, Jake Peralta was by far, my most favourite lead character on and off screen. He still is. All the other support characters had so much depth, so much personality, so much to offer beyond my first impression that I wasn’t surprised when the series contract was renewed for a sixth season.

Last Sunday, mid-morning, when Muna and GB went out to buy the newspaper, I started catching this series on Netflix called She’s Gotta Have It. You seen it? It’s a Spike Lee production and it’s based in Brooklyn, New York.

Oh, New York! New Yooork! My dream was to hit 30 in the streets of New York. I must have written you a story about it way back. It didn’t come to pass but I’m still harbouring that dream, my fantasies about it mature by the year. It’s coming to me someday soon, I can feel it in my bones. New York is coming to me.

The lead character in She’s Gotta Have It is this black mami called Nola Darling. Skin like dark chocolate, eyes so hazel they look unnatural, kinky weave, toned arms and thighs. She’s gorgeous, no doubt, and you’ll love her the more when she laughs because she’s does it with such sincerity.

I caught a few episodes that Sunday morning then tossed it aside to prep for Muna’s belated birthday lunch. I didn’t think about it at all for the rest of the day. Then last night – against my better judgement – I caught a few more episodes before going to bed after 11. (11PM is too late an hour for me to turn in. That late hour explains why I’m so out of it today. I’m also having a case of writer’s fatigue so I’m really struggling to put this together.)

What drew me back to it was the cultural texture of the production itself: The stills in black and white of New Yorkers posing in the streets; the rich soundtrack of black artists (obviously) and after each scene where it plays, there’s a snapshot of the artist’s album cover with the track title; the intimacy in the shots of the banalities of New York living; the general feeling that everyone living in New York is happy to be living in New York.

The main character herself – Nola Darling – has all these multi dimensions to her. She’s a painter/starving artist who celebrates the ‘black female form’, knows a great deal about performing arts and black history, believes in femininity, has a stash of weed by her bedside.

I was turned off in the earlier episodes when they banged on and on about the three dudes she’s sleeping with – I wanted her to be central to the story, to define herself in who she is not by whom she’s sleeping with. Evidently, I didn’t want any of those I’m-screwing-him angles to be developed further too soon.

In one episode, I don’t recall which one, Nola’s on her bed doing a narration intro into the camera when she declares that “I’m a sex positive, polyamorous, pansexual.”

I didn’t quite grasp the entirety of this assertion until somewhere in episode four or five, I’m not sure, when she’s on an emotional cleanse and screws a woman instead of one of her regular three dudes. That unsettled me, to tell you the truth. I’m not hot about catching same-sex shtuping scenes anywhere on TV because I consider it a push to the envelope. What made it the worse is that Spike Lee doesn’t spare any nipples or any ass or any sex position in any angles of these scenes.

Oi. You know what I’m worried about when I eventually make my trip to New York? I’m worried that their culturally progressive urbanity will leave a bad taste in my conservative mouth. I’m all about folk embracing who – or what – they are but I frankly don’t understand where this sexuality thing is headed. Rather, I don’t understand where the West is taking this sexuality thing.

It used to be LGB in the 90s. Then they added the T and Q sometime in the early 2000s. It’s 2017 and it’s now LGBTQIAPD. The last four letters in that acronym stand for Intersex, Asexual, Pansexual and Demisexual. I’m not curious to find out what they mean. Sorry. I’m just not ready for it so I’ll turn a blind eye to it for as long as I can.

She’s Gotta Have It. Right.

I’m six episodes in and quite truthfully, I don’t have the patience or curiosity to return to it for another episode. I have no excuse to find out what will happen next, either. If there’s anything to happen next.

I’d rather return to reading a book by Jeanette Winterson or try me some Ngugi wa Thiong’o.

Just any art in its literal old-fashioned form.