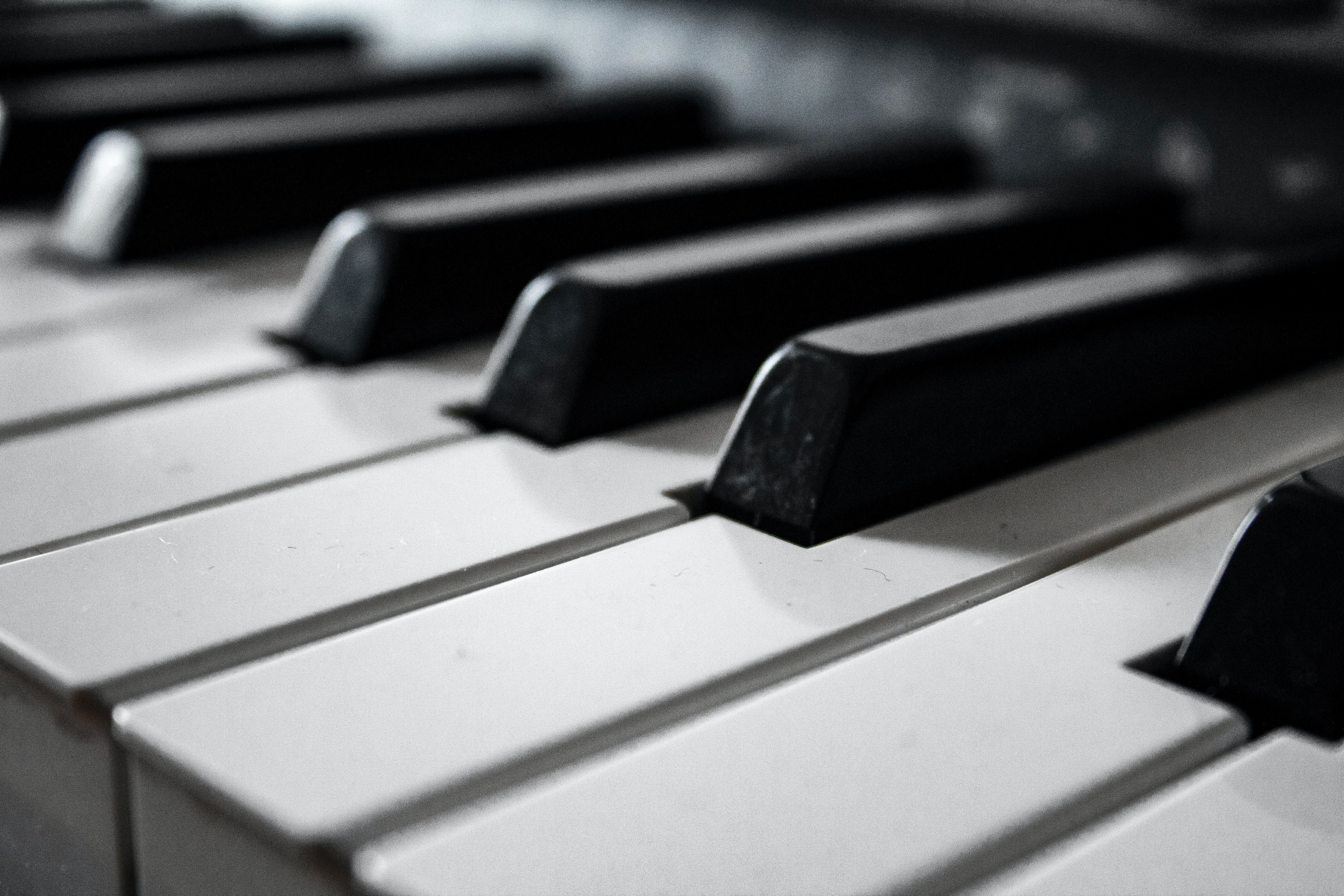 Something beautiful happened after I finished writing my book.

Heads up: I am going to talk to you so much about this book that you will get nauseated, ha-ha. You will want to put a sack over my head each time you see me opening my mouth to speak. ‘Bett, I swear, if you are going to give us another story about your book. Sweet Jesus, grant me patience because if you give me strength, I will smack her across the face with that Paybill she keeps waving at us.’

‘Should I? Your questions about money.’ By Florence Bett

I haven’t put up an image of my book cover because I’m having a slight issue with the space in my WordPress gallery, I can’t upload images. My bro is looking into it. I would have told you that the techies are looking into it but that would be a lie – I am the only one here now. Everyone has left. Even my beloved Mike. There is a post-apocalyptic desertedness that now lingers.

Anyway, you must let me talk about my book.

Because it was almost like magic, some supernatural shit, how all my bad habits were vanquished with completing that book to publish. Vanquished… poof. Here now, gone like a fart in the next. I don’t even know where they went. Or if they took a hiatus, waiting to set up camp in my person again soon. But they’re not here anymore.

Like you, I trot around this town with the baggage of my bad habits on my back. I haul it about as a farmer would a gunia of potatoes to the market. Like you, I get weary from hauling the baggage around – each time I rid myself of it, it somehow makes its way back to me. My own ball and chain. Trying to run from my bad habits is like trying to run from my own shadow.

Never mind this, it was as though the Universe pulled out its magic wand and tapped on the sack once, twice and it had vanished in an instant.

This is important because there is a whole New Age industry that has been created to diagnose and manage the symptoms, treat the diseases even, associated with unlocking your highest and truest self. YouTube videos, podcasts, books, apps have spilled a lot of ink about ‘how to be productive’ and ‘how to be more motivated’, ‘how to stop being lazy’. Ask Google, it will return to you 1,180,000,000 results in 0.53 seconds.

Don’t get me wrong, I have sought the wisdom in this material time and time again. Frustration at how I operate has had me take studious notes, go to bed with earphones stuck in my ears listening to affirmations for guided meditation, collect recommendations from kina GB and readers like James and Judith, diarise how my days pan out so I can smoke out my symptoms, my disease, get a prescription for my aches.

It was all in the pursuit of higher self, but the ultimate masterclass for me came when I was writing my book.

All my unpleasant habits sort of just fixed themselves in one fell swoop: Tardiness, procrastination, self-doubt, hopelessness, mistrust of self, commitment for the long haul, fixing my eye on one goal, that terrible habit of starting things that you abandon along the way, when it gets difficult… you name it.

All of them were vanquished. Gone. Disappeared. A plume of smoke. Hell, I even lost weight in the process. Oh yeah – I moved from a 12 top-14 bottom to a 10 top– 12 bottom. My clothes no longer fit me, I have had to buy new jeans, which worked perfectly because all my old ones were making my ass look like a baby elephant’s.

I became a changed person while writing my book.

One of the reasons I am keen to write another and yet another is so that I can operate on that optimal version of self yet again. Aargh.

The book is selling now (and selling relatively well, I thank the Good Lord for that) but what you are experiencing now is the aftershocks of the Earthquake that shooketh me while writing it in the second half of 2021.

More on that another day.

To imagine the vastness of your mind, I want you to imagine a mansion that has many rooms upstairs. Countless rooms. Rooms in rooms. Rooms you didn’t even know existed. More rooms than you will be able to discover, whose doors you will not open. Some rooms have doors you don’t want to open ever again. And that’s also OK.

I am no longer interested in staying in the open-door rooms downstairs. I can’t. Not after I have tasted the beauty of what’s upstairs, not after my eyes have seen what they have seen.

I want more for myself now.

One of the doors that I opened was to a room with a piano in it.

Upright piano. Steinway & Sons. One of those vintage ones in walnut brown I am too knackered to describe. It had that tangy smell of old used furniture, furniture that tells the stories of all the hands that have touched it.

I have always wanted to learn to play the piano – always – but the odds were always stacked against me. There was always something missing that unbalanced the equation.

I wanted to learn it as a child but I didn’t know where to begin explaining to Mr and Mrs Bett that I wanted to learn to play the piano. Me, Flora Chemutai (L.O.L), fourth in a gang of seven, wanted them to pay for privately tutored piano lessons? With which piano? In which house? What money?!

Mr Jo Bett, a telecom engineer who is all science and no creative art, a cause-and-effect kinda guy who wouldn’t comprehend my thirst. (No, I’m being unfair – he finds art in his science, just not the artistic type but the creative type, the one that hunts for solutions to problems.) And my mother, Mrs Liz Bett, a primary school teacher who had learned early to regulate her ambitions; she just wanted us to be grateful for what we already had.

So I buried that desire because, you know, you can’t get everything you want, when you ask for it. But how these things work is that at some point they will awaken and ask to be given attention. The hibernating bear will arise from slumber. The bell will ring. The song in your heart will start playing again.

Last week, GB and I had a parent-teacher meeting with Muna’s class teacher. One of those that we should have had as soon as they closed school in December, a few days before Christmas, but by then we were already tipsy from sipping on the merry cocktails of the season’s festivity.

Well, we had the meeting last Thursday, a week after they had opened school in January. The teacher told us stuff we already knew about Muna’s performance – she’s good with numbers, handwriting and colouring, awful with Kiswahili, needs more improvement on spelling – and we left. A quick 20 minutes.

It was right before we took the stairs down that I heard a piano being played in a room next. I cocked my ear and told GB to let me nip in. He said sawa, “I have some calls to make anyway. I’ll meet you at the car when you’ve finished.”

Two schoolgirls in uniform – 11, maybe 13 years, you can’t quite tell nowadays with these early bloomers – were on their pianos reading from those sheets that music people read from. Clefs and octaves and notes. The language of the soul.

Their tutor – who is now my tutor – stood over them listening and watching, hands in fluid choreography, doing that thing with his face that I now catch him doing with me.

By the time I left that room some 30 minutes later, I had already had my first lesson with my tutor. (Tutor! I have a tutor! Hahaa.) I had been pointed to where to get myself a decent keyboard on Moi Avenue, phone numbers had been exchanged and schedules discussed (So we only need one lesson a week?! For 30 minutes only? Wow, that’s quite doable. So are you better for Monday or Wednesday?)

The bell had rung.

As a grown woman the odds to play have always been stacked against me.

When I had money, I didn’t have time.

When I had time, I didn’t have money.

I still don’t have enough of either now, hahaa, but I will do it anyway. This life has taught me that you will never have enough of what you need to take that first crucial step.

Playing the piano will add plenty of richness and beauty into my life, I can already tell.

I am learning to play the piano for myself.

I don’t plan on becoming the next Aaron Rimbui. You will probably never see me in a collaboration with Bien of Sauti Sol. Or with Jacob and Kavutha Asiyo. I may have a band someday – operative word ‘may’ – but it won’t be stitched from the same yarn as Ricky Nanjero’s band.

I won’t release an album or anything of the kind either, no body of artistic work. I won’t become ‘so good at it that they can’t take their eyes off me.’ Hell, I won’t run a Masterclass on mastering the piano: Piano for beginners.

I won’t burden this art with eking me a living, as I did with my writing: I won’t ever force you to let me play at your son’s wedding. Or at your grandmother’s funeral. Not even at your cat’s birthday. You will never see a Paybill from me asking you to support the creation of this content.

This is one pursuit I will engage in simply for pure joy.

But when guests come to our house, rest assured, I will make GB do the dirty work of forcing them to stand around the piano and hear me play. And they will have to listen to the end and clap for me, never mind how terrible my set is. I will put a mason jar there so they can tip me while at it.

I am already drawn to the genre of jazz swing.

The colour of yet another door opening wide.

The colour of the bell ringing.