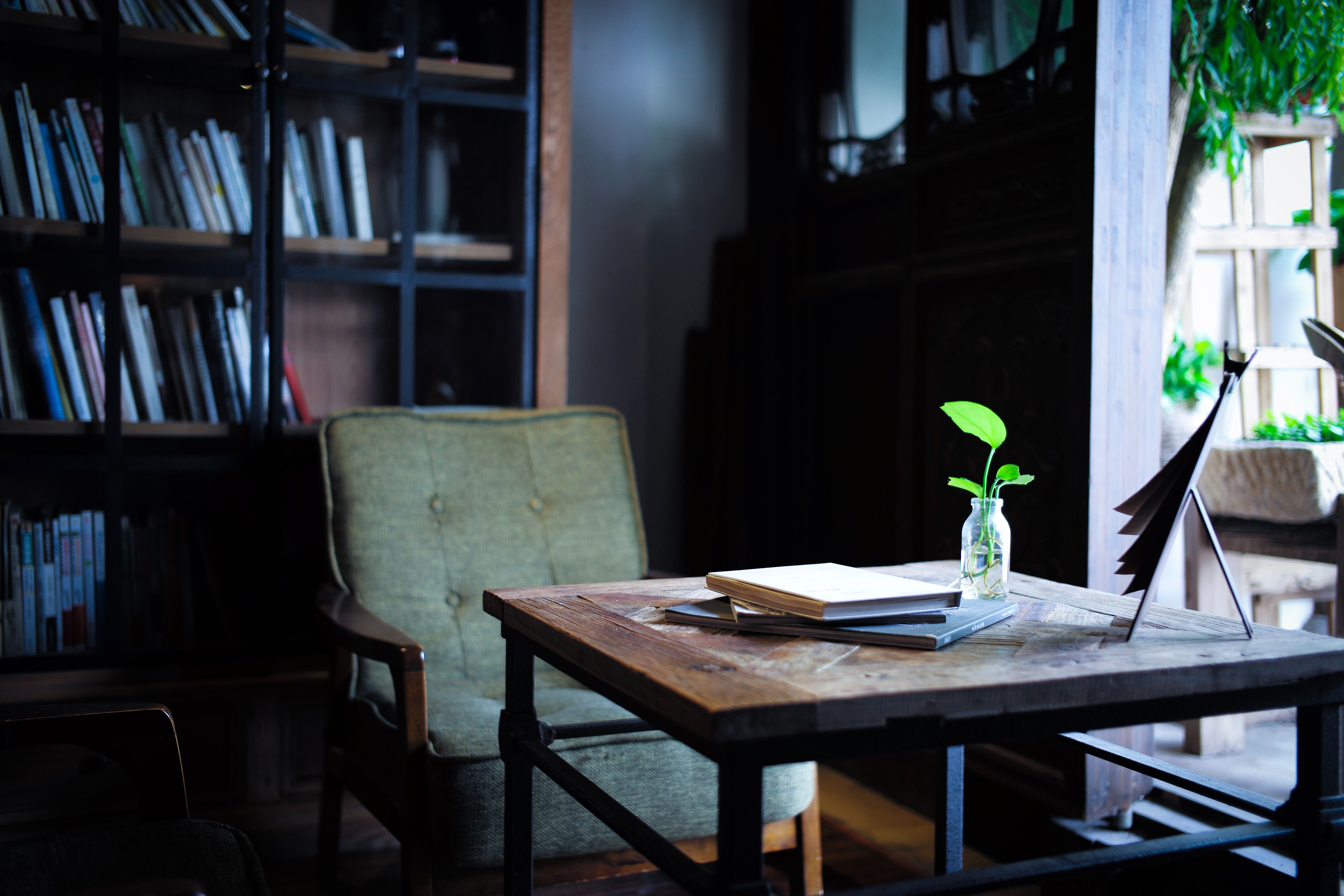 I’m writing this from Explorer, the bar in Kilimani. I’m seated in a corner – the only corner, it seems – that has an electric outlet. The DJ is right in front of me. As in, when I look up to think, it’s his shoulders that bomb into my frame. He’s in a long-sleeved red cotton t-shirt thingy and a black cheers baba. And what’s a cheers baba without a cap to complete this weekend starter pack for the urban male?

The DJ checked in 15 minutes ago, at five ish. This is the time he usually checks in, then he takes another 10, 20 minutes setting up his equipment for the evening. They play music from a playlist for most of the day before. Random stuff. Burna Boy followed by Madonna, Maxi Priest then Ed Sheeran. Fally Ipupa.

This wasn’t the DJ I saw the last time I was here. This one is taller, leaner – I want to say meaner but that would be judging him too harshly.

He’s already played Jodeci and Mint Condition. Now he’s playing ‘Tenderoni’, by Bobby Brown. The Bobby before Whitney. I like ‘Tenderoni’. “If you believe in love and all that it can do for you/Give it a chance, girl, you’ll find romance.”

That special type of stick he weaves with only grows in the hills of Homa Bay and no place else. They call it ‘olando’ in Dholuo. Olando, I haven’t stopped repeating that word. Olando. Last week I couldn’t stop saying “Qué quieres que te digo?” (Long story.)

Look out for his full story this weekend in my Crafts and Culture column in the Saturday Nation.

I’m writing from Explorer because it has such a vibe for creativity. A chill vibe. Fun and unserious. I consciously made a decision not to take life too seriously. Let alone my writing. Know how folk have personal mantras like, ‘May my heart be kind my mind fierce and my spirit brave’. Or, ‘Create a life you can be proud of’.

‘Don’t put a question mark where God has put a period’ – that’s from Joel Osteen. Is it only me or does Joel Osteen irritate you as well? Haaha. I’m sorry, I’m sorry. He’s just too… nice. Ghai. Life to him is nice. Adversity is nice. Salvation is nice. When is he ever not nice? Him and his small eyes, always crinkled in a smile.

I wouldn’t want him around me for too long. I’d punch him in the face. I like when someone tells me, “Bett, you’re fucking up and you’re slacking. What the hell? Do you want me to slap the whininess out of you right now? Cause I could. Just give me the signal.”

I don’t want someone who speaks to me in a Joel Osteen candence with his hands on my shoulder, “Bett, it’s OK to not get it right sometimes. It’s OK to let go of what is important to you. But guess what, Bett, guess what? God still loves you no matter how many times you can’t pull yourself back up again. He believes in you. And so do I.”

Anyway, my two mantras are, ‘Do it because you want to’, and ‘Have fun’.

And I have fun writing from anywhere these days. I mean, there’s music playing here, my type of music, there’s a patch of grass to my left and a DJ to my right. I’m having water today but on some days, I have a glass of white wine and on others, a double of Jack Daniels.

I never tell anyone I’m here because they’ll get all judgy on me. “It’s Tuesday, why you drinking on a Tuesday? And aren’t you supposed to be at work?”

Thing is, I am working. And working quite well. A desk is where I set up my laptop and sit down to write. It’s more a state of mind than something you can rub with the palms of your hands.

I realized I’m more productive on the days I write away from my office desk than when I do. So any chance I get not to go there, I take it.

I also get home before sunset. Get time to listen to Muna’s storos. “Mummy you know Muruiki said I’m poopoo?” Woi, why did he said that? Then what did you tell him? “Theeen…”

These past few weeks, I’ve been writing at Explorer often. There used to be a bar in Kasuku Centre called Cross Roads. I wrote there as well, sometimes even from nine in the morning until sunset. I’d only order a large bottle of water for the day then have my fruit, smoothee and cold lunch in the back seat of the moti. I know you’re thinking it but no, no one ever stole my unattended laptop or my bag while I was away in the moti being a cheap ass.

Cross Roads folded and now there’s a coffee house called Charlies. I’ve written there twice. I’ve also written in their tao branch once. I didn’t like the vibe of the tao one, so I won’t return there.

Where else have I written? Most about all Javas within my routing perimeter. A handful of food courts. I’ve written at Artcaffe once but I didn’t return again because I didn’t like their food – it was too processed for my liking. And pricey. Ahem.

I’ve written in my shags though, in our village in Kaplong. I haven’t written in Nyeri but I know I can. My mouthy sister-in-law has a den there where we can go chill and groom each other, pulling ticks and insects out of each others’ fur, pointing torches into our ears. I’ll go there for a weekend – solo, of course – and groom myself.

I’ve written in Kilaguni Logde, when we went down for Easter. I woke up to write in the middle of the night, at around 3a.m., when the park animals had congregated in the watering hole right outside the rooms. That was something. The story was the shortened version of Lunch Money.

Next day I wrote from the balcony. My pal, the couple we had travelled with, also had some jobo to address so she had her laptop powered on her laps as well. It wasn’t really a wise way to spend the bush weekend; we could have been swimming or riding bikes, or better yet, drinking.

I wrote in Zanzibar. Though that didn’t go down too well.

I’ve written in a lodgo, or rather, more politely, in a home stay hotel.

There was a time last year I’d go spend the day and night there. I’d nap, watch some TV in peace, write and go to bed super early. It was a staycation. That was fun. I may do it again soon, depends on how I’m feeling. I can’t do all this at home because we have a toddler who gets hot and bothered when she sees me chilling.

Get this: Last Thursday I had a headache that was the mother of all headaches and she wouldn’t even let me lay my head down for five minutes. The brat. She threw herself on the floor screaming. She stopped when she saw me run to the loo to throw up. Then she stood by the loo watching me spew my guts out. The girl was traumatised, I could tell. She stopped crying in the middle of a scream, her mouth wide open, tears frozen mid-roll in the middle of her cheeks. “Muna, go tell Aunty to give you dawa for Mummy. Tell her Mummy ana tapika.”

She ran off like a bat out of hell, and returned moments later with her cough syrup.

Where else have I written?

The bed at home, of course. I wrote yesterday’s blog post from the bed.

The story that will run in my personal finance column in the Saturday Magazine this weekend, I wrote from my bed, too.

I’ve written from the couch. And from the dining room table.

I used to have a writing desk that I’d set up next to our bedroom window. I don’t do that anymore, I think I may even hate that desk.

I’ve written in the moti. Both in the driver’s seat and in the back seat.

I haven’t written in a toilet seat of any kind – not at home, not in a hotel, definitely not in a pit latrine. I’ve never written in a kitchen, either. Or a construction site. Not Marikiti and Toi Market, either.

But you know how Kenyans are. They ache to strike conversation with lone strangers who are stewing in their own company. “Lakini hii serikali yetu. Yaani Rotich ame….”