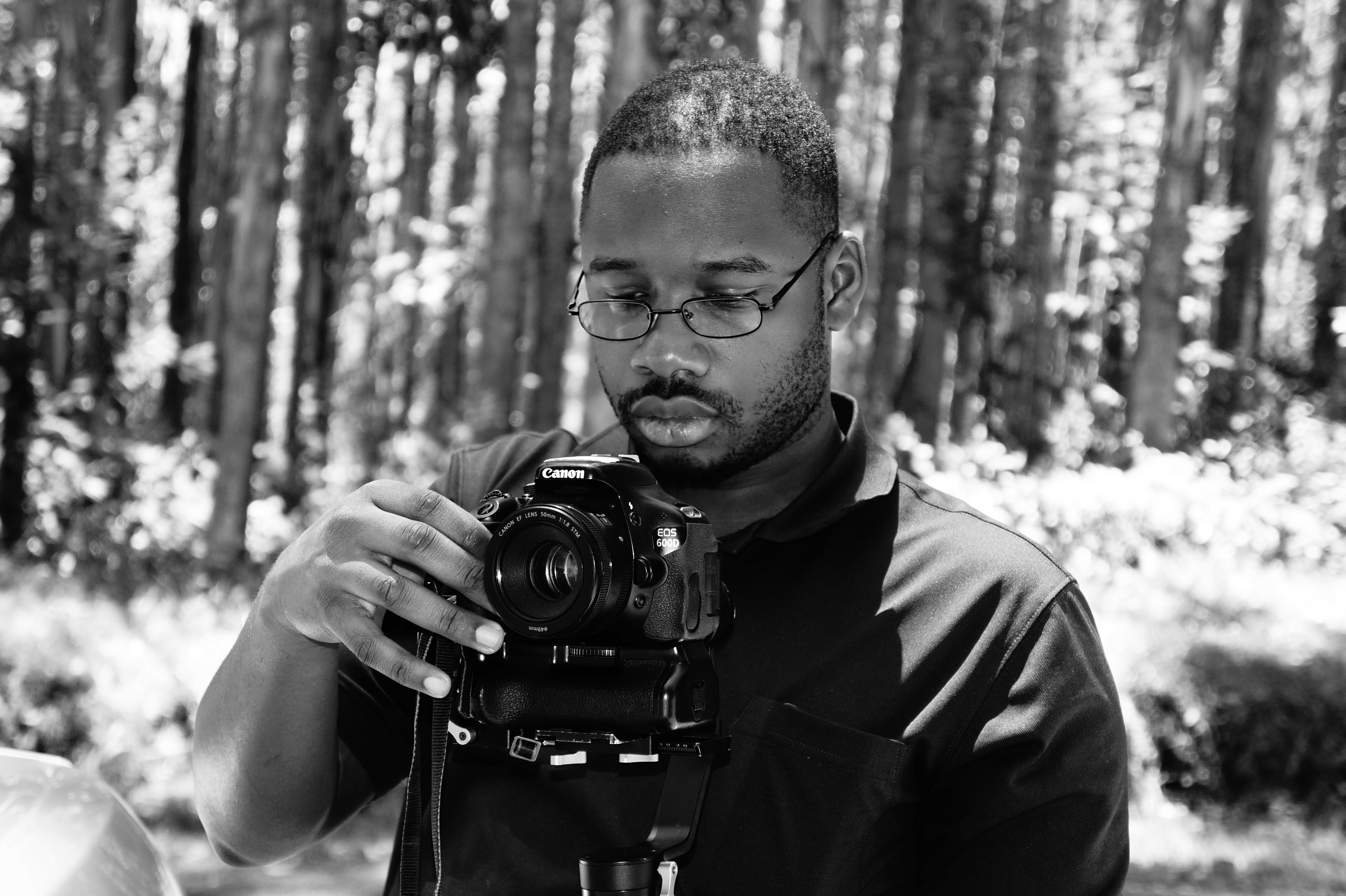 Mordecai Nuni isn’t quick to laugh. Corruption and people who don’t get his jokes sadden him. But puns and genuine banter make him happy. When we meet, he tells me his ears are slightly blocked.

He says, “I don’t use a razor to trim my beard. I go to the barber instead. My skin is very sensitive.”

Then he turns back to his viewfinder, trying to find the perfect angle to capture the interior of his mom’s car, a silver Nissan Sylphy. He presses the shutter button.

On the driver’s seat is Mordecai’s dreadlocked pal, Jordan Warari. Jordan is assisting with the shoot, scouting for location, adding his two cents on the angles, going bonkers over how much leg room is in the back seat.

Mordecai is one of three members of OneShot Africa, a photography and videography outfit that prides itself in creating next level content (the clique of Mordecai?). Unfortunately the other two guys couldn’t make it today.

We’re at Kiambu Ring, about 45 minutes away from Nairobi. Mordecai has parked the NIssan on the shoulder of a deserted two-lane road, under tall trees that rustle in the wind. Every few minutes, a boda-boda guns by, and Mordecai has to pause and wait for it to pass. Government policy has made it increasingly difficult to shoot within the city, something that gets him hot under the collar.

“You know, there’s nothing wrong with what we’re doing. Why are you doing this to us? So we had to find a way to work around it. We look for places to shoot where we know no one would sumbua us.

“The licensing thing is, tsk.” He sighs. “It might be good intentioned but I think the implementation is a bit off. And how long it takes you to get a license. It takes you what, four weeks?” 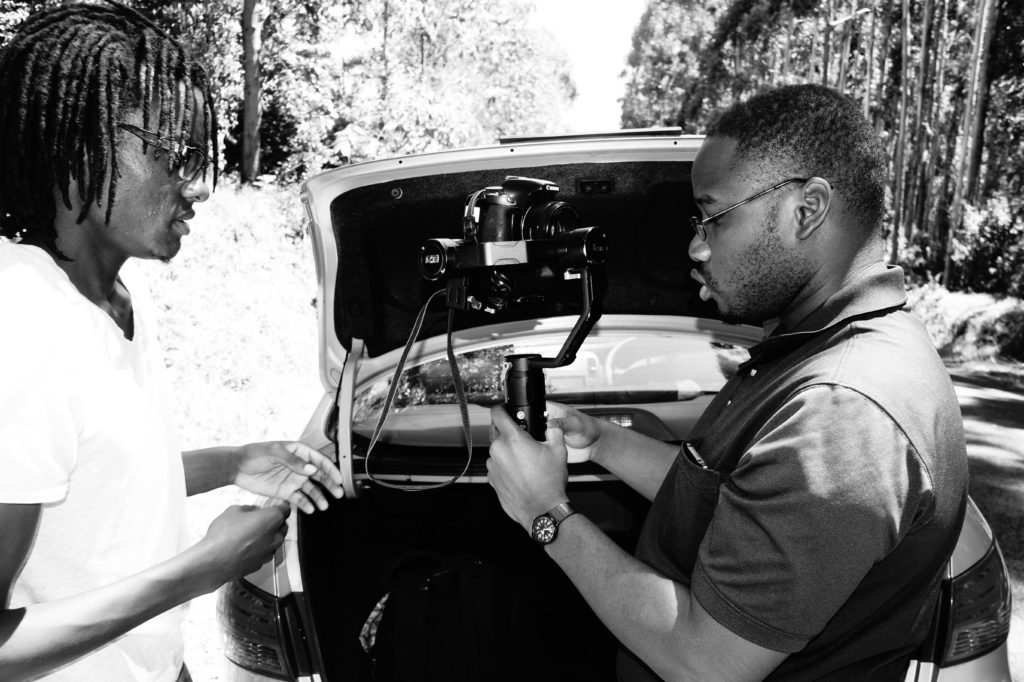 He was barely five years old when he first held a camera. “I didn’t know how to use it. It was the family camera, with the film and everything. But actually taking a photo…I was in first year. First year? Very likely first year.”

“No, some guy came to church with it. The camera was there for a church event, in Karura. I took photos. They were really good. There was a break. A huge break. That’s the time IG was starting to pop here in Kenya. I didn’t have a camera. I’d shoot with a phone. I got a Lumia on January 4th, 2015.

“I’d wanted that phone for like two months. I started shooting flowers mostly. I shot shot shot. Then I started borrowing cameras. I borrowed my former boss a camera. I shot with it for a while. She never asked it back. She’d say, ‘When I need it, I’ll ask for it.’ I was with the camera for like two months. At some wedding she asked my sister, ‘Did I make a mistake in giving your brother this camera?’

“We still talk. I owe her a shoot,” he says of his former boss.

2017 was a busy year for Mordecai. In April, he landed a job at an engineering firm in Kilimani.

In May, using his savings, he put his first down payment on a Canon 600D camera, right around the time OneShot Africa was conceived.

In June, he graduated from Strathmore with a degree in IT. “That morning my employer called me. I was like: dude, really? You’re calling me on my graduation day? Does it not mean anything to you?”

In September, he celebrated his birthday by going to his first Concours d’Elegance. Two days later, he handed in his resignation letter to the engineering firm. He also made the last installment on the camera in the same month. It cost him 48K. 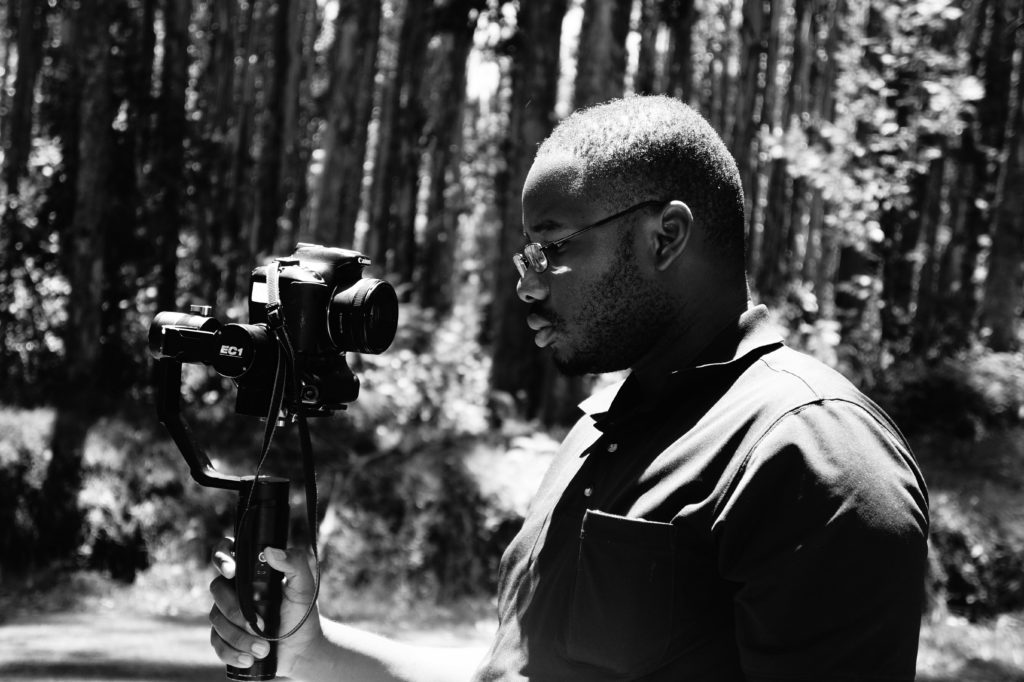 Perhaps the first thing you notice when you see Mordecai shooting is how calm he his. A quiet stillness comes over his body. His hands steady. He stands straighter. The camera’s shoulder strap wind loosely around his wrist. He looks at the viewfinder like a fiery-eyed lover. He has broad shoulders, and he peers over his glasses, making him look like a stern dad.

“I DM’d Mutua [Matheka] three years ago, and he critiqued my work. I’ve never been the same. If I show you those criticisms, unaeza lia bana. I’ve come from far.”

Mordecai’s first paying gig was a profile shoot with a saxophonist friend, followed by a jewelry shoot for a brand called Vikuku. He got his first corporate gig through another friend, Mercy, then he got paid for another profile shoot for his aunt.

It took him two years before he got the courage to charge for his work.

“Right now photography is my fulltime job. It’s my fulltime job in between jobs. I’ve done two internships and there was almost a year between them, so photography is what came through. It became my source of income for that period. I had weekend gigs. Eventually if it becomes my only job… I don’t know. The prospect of it is scary actually.

“As in, did I go to school to not use this shit [IT]? Such things. Also you might fail spectacularly. I’m afraid of that.”

“Is that the only thing holding you back?” I ask.

“Do you do anything with IT?”

“That’s a hard question ‘cause I don’t take my computer to a fundi. I fix it myself. I fix other people’s computers and the information I learnt from my IT classes helps me think in a different way, so it’s fine. And also, it’s not that I’ve stopped applying for jobs. I’m in a weird space where I want to stop.”

“Stop applying for jobs. ‘Cause I’m like, it’s….Tsk. The rejection emails, the response, si worth it. Might make for a good story in future ‘oh I tried and I tried’ but ugh. Every time you send an application, they say, ‘We’ll get back to you.’ You put everything on hold waiting for them to get back to you. And they never get back to you. So those three weeks, one month, two months you waited for them, you’ve not done anything important. You can’t get that time back. And it’s happened to me a couple of times.”

“What do your parents think about your photography?”

“It’s 50-50. Some days they’re like: ‘Wow, you did this? Who are your clients? Who are you shooting next?’ Such things. Other days it’s: ‘Have you applied for another job? Did they get back to you?’ It oscillates.” 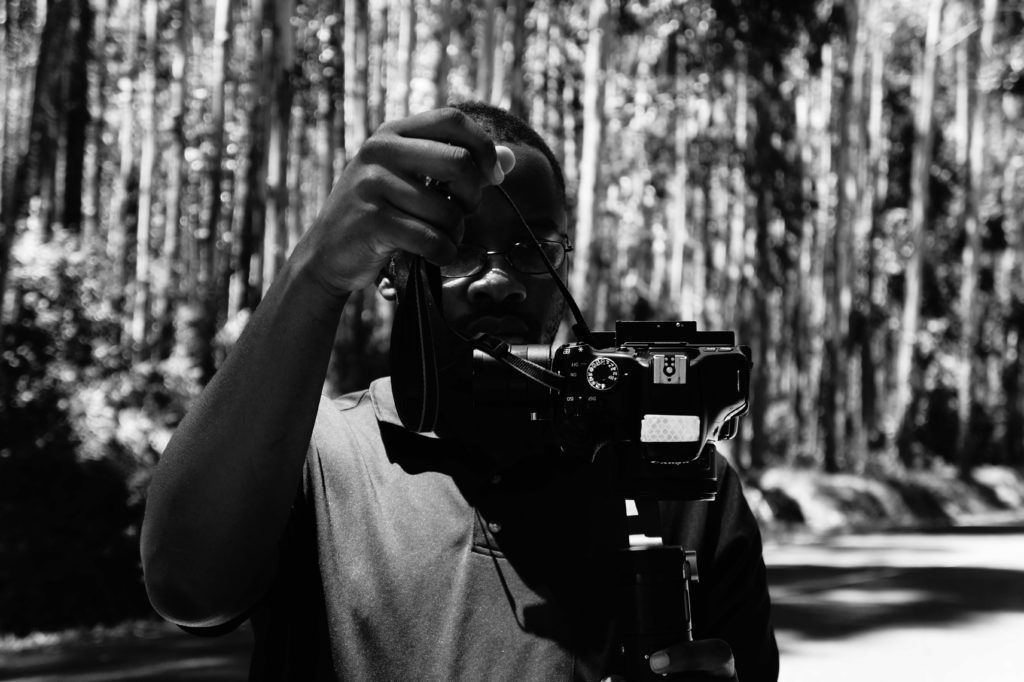 Mordecai learnt how to edit photos through trial and error. He uses software like Nitro, Snapseed and Photoshop Express. But this isn’t how he pictured his life would turn out, as a kid.

“I should have been a pilot. That’s what I wanted. I’m not quite satisfied with my life.”

“Eh, fam…” he pauses. “I don’t know. I really don’t. I’d have said ‘oh married with at least one kid’ but aii. Thirty. Happy. Doing what I want to do and still living sustainably. Married. But to who? Where will I live with them if I don’t have a house?”

“Is that the reason you’re not dating?”

He thinks for a moment then opens his mouth to speak, then shuts it then shakes his head. “No… that’s a trivial reason. I haven’t found the one and I don’t feel like it’s my time yet, and I need to work on myself.”

“How is it being a millennial in Nairobi at the moment?”

He pauses to think then exhales. “It’s frustrating. It’s not how we expected it. Half of us expected to have jobs. We don’t. The ones who have jobs the money is not enough. We work really hard. Don’t say we’re soft. Most of us work even on weekends. Some work two jobs. And we still feel like it’s not enough. How will we get to where our parents are? They own houses. They’ve taken us to school. Some of us haven’t even moved out.” 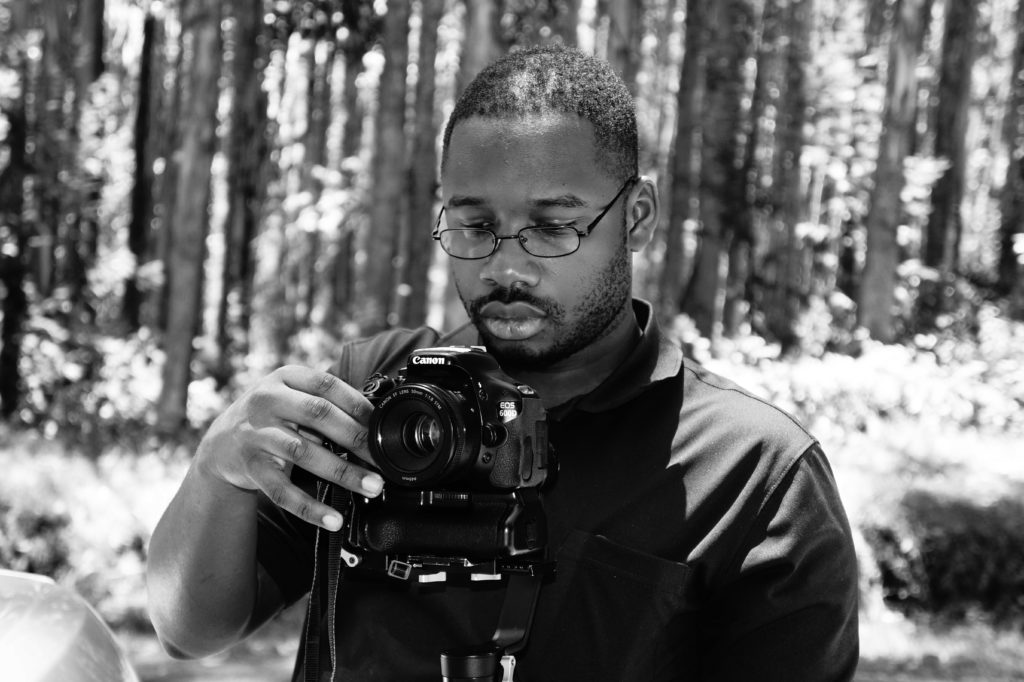 Mordecai also dabbles as a car enthusiast. His dream first car is the Golf GTI. Throughout the interview, Jordan and Mordecai talk about cars for so long I start to feel like I’m in a mind-startling episode of ‘Top Gear’.

Words like ‘MPG’ and ‘GTR’ and ‘crankshaft’ and ‘turbo’ are casually tossed around between them. I can barely make sense of any of it.

“People are cool, and cars are just as cool,” Mordecai says. “’Cause cars have a story, especially when you meet really cool car guys, you’ll have such lovely conversations, then the banter is unbeaten. The cars I’ve got to shoot look really good and they sound even better. People have stories too. That’s why I started shooting portraits, to tell those stories.

“Car people also love the photos we give them. They’ve spent all this money building their cars. Seeing them roll…it makes them even happier. I experienced that in January. There’s someone who I shot their car in June last year. I didn’t give them the photos until January, and they were so happy.

Again last week when I shot at a racetrack in Mai Mahiu. I gave guys their photos within a week. (They were) So happy.”

If there’s a pool of nostalgia in Mordecai’s eyes, I can’t see it behind his specs.

“Someone actually gave me a job from that. And then Masinga. Car people appreciate the work you do.”

“Do you ever get artistic blocks?”

“I’m in one right now,” he says, “I’ve been in one since last year June. If it was a block of salt it started dissolving in December, when I went to shagz without my laptop. Being away from the work helps.” 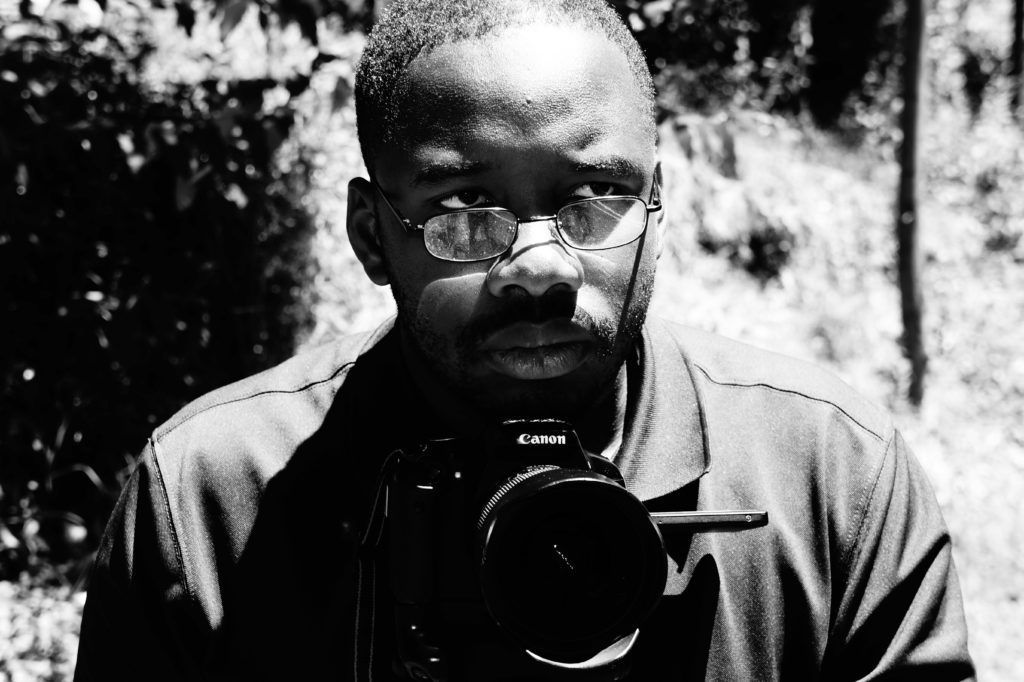 We finish shooting at around noon. Mordecai has taken stunning views of the Nissan’s hood, its boot, and Jordan in the backseat, with his dreadlocks whipping across his face, still not over how much leg room there is. Mordecai has also taken a couple of videos, which he will edit later using Adobe Premier Pro.

“This year,” Mordecai says when I ask, “I want to be more deliberate about my relationships. And to do things more spontaneously. And to print my book of photos by the end of the year.”

As we wind up, I notice, in all of three hours, I haven’t heard Mordecai’s laugh. Maybe because his nose is blocked with the flu. Maybe because he’s angry that he’s had to drive all the way just to get away from frisky kanjo who demand to see a freaking license.

When I ask him why he doesn’t laugh, he says, “I laugh inside. But I’ve had moments of great joy. Paying for my camera, graduating, talking to some people, success as OneShot. Yeah.”

“What about life lessons for other millennials?”

“It’s never that serious. The worst thing they can do is say no, so just ask. And also, do the right thing.”

Before we set off for Nairobi, Jordan asks, “Can I drive?”