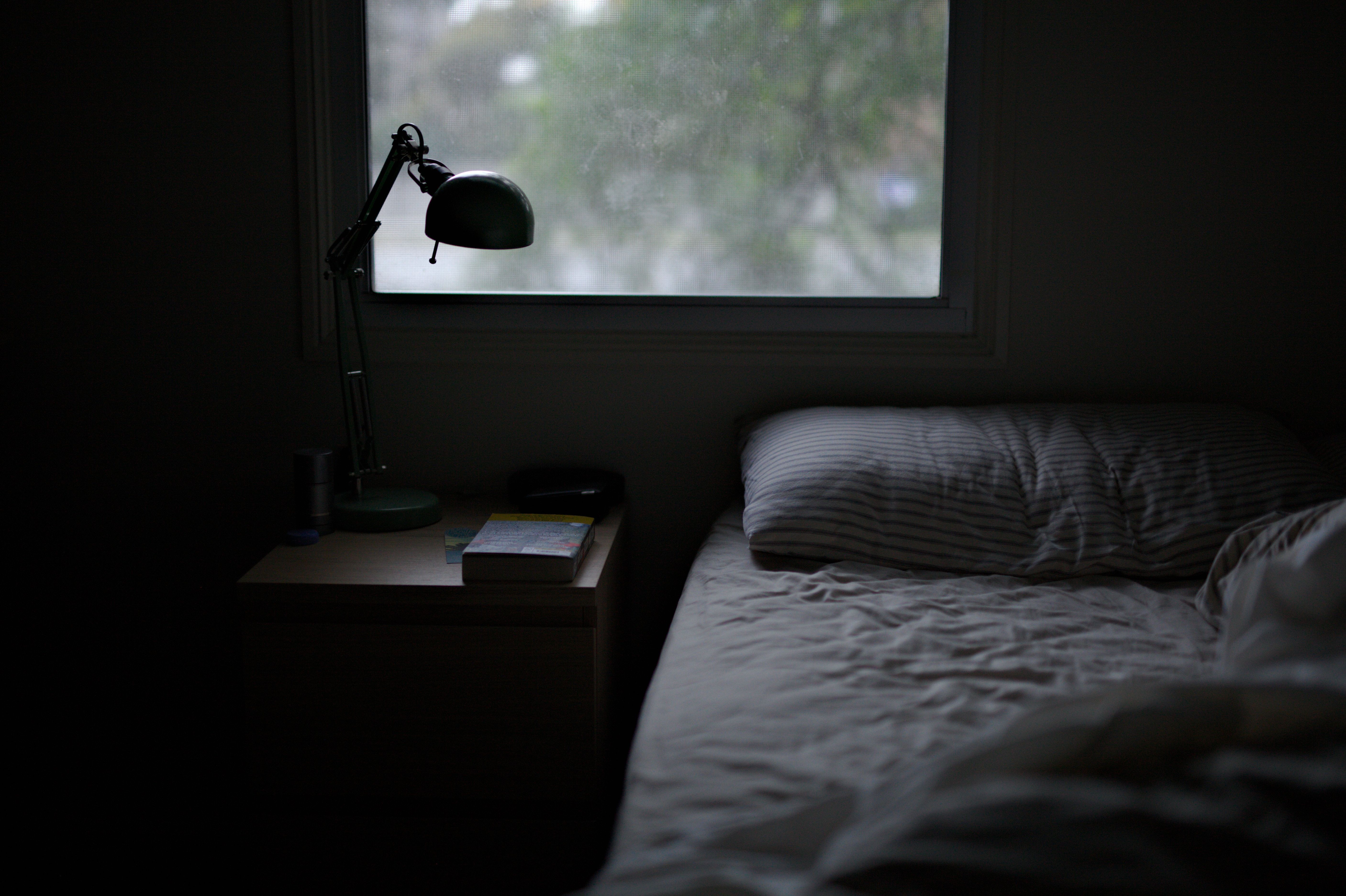 It’s a few weeks after our honeymoon that GB tells me one evening, “Please don’t come to bed wearing that.” He’s propped up against the headboard on a pillow, he’s reading from his Kindle. I love when I see him read.

I look down at what I’m wearing: a black oversize t-shirt branded ‘Huawei’ and my very happy, very stripped socks that go halfway up my legs. A bandana covers my hair. Throw in a pair of faded ngomas and honestly I’ll look like a local comedian doing stand-up on Churchill Live.

I chuckle, “Kwani what do you want me to wear?”

He returns to his book sighing, “Wear something nice.”

It isn’t the time to pick a fight. I’m knackered. So is he. I have an early morning. And it’s Tuesday, it’s too early in the week to cavil his appeals. This isn’t what Shabba Ranks meant when he sang bedroom bully. I’m also smarter, I don’t want to sweat the small stuff. No matter that the small stuff is an oversized t-shirt.

I say sawa and pull the covers over my head.

I think of my other sleeping tees before he turns the lights out. I think about the navy blue one written ‘iHub’, the one that has an ‘*’ for the dot in the ‘i’. My kid bro got me that one. It makes me think of donor funding. I also think about the red one for Johnny Walker whiskey. It’s in size extra extra large, has plenty of breathing room. And the red old-ish one with the ‘Ralph Lauren’ logo on its breast pocket. That one was GB’s. I remember wearing it on the weekends at his bachelor pad; the bachelor pad I didn’t particularly like but which now, when I pause to think about, has the fondest memories of pre-Muna weekends.

Then there’s the ‘I Love Egypt’ one, the one in a dull beige, the one I got as a souvenir from my first boss at my first internship in senior year. I also think about the black one from EABL, the one that says ‘Friends don’t let friends drink and drive’. I particularly like this one because the cotton’s heavy and the colour hasn’t run. I’d won it some night in Tamasha when I was out drinking with my pals. Those days when I liked my double vodka and tonic. I was having Smirnoff Ice on the night I won that t-shirt. I’d scratched under the screwed cap of the bottle and it showed a t-shirt. My pal had scratched hers and said, “I won us more free drinks!” We all shrieked back.

Oh, the abandon of my days of youth. Days when I’d go to bed tipsy and fully clothed from the hang, makeup running down my sweaty face, and no one would passively-aggressively ask me to wear something ‘nice’ to bed.

Saturday, I’m at Toi market shopping for ‘nice’ nightwear. I find this mama hanging them on the wall that separates the market from the primary school. There’re many things I’ll confess to in this life but I won’t confess to buying nightwear from a wall.

Her nighties are in mint condition and soft strappy polyester. They feel luxurious against my skin. But they’re dull. And suggest a lack of adventure. They’re in solid colours like white, beige and lilac. The most exciting colours in my size (size 98) are champagne red and navy blue, the most exciting pattern is polka dots. I want some in the colours I like – green, orange, yellow, with silly doodles and drowning motifs – but the fun ones are all in small (size 10 and below). I can’t squeeze into them even if I hold my breath all night.

This mama also convinces me to buy two polyester robes in white and blood red. Robes to wear over my new nightwear, she says. I swear. These robes make me feel a little like Hugh Hefner, the old cat lady who lives in the apartment below ours, a washed-out country musician backstage, and for some reason I can’t explain, like Orie Rego Manduli.

I bag my purchases and head back to the digs to have them laundered. And just like that, I’ve crossed the Rubicon and joined an old wives’ club, a club that dresses properly, thoughtfully and nicely to bed. I want to be anything but nice, thoughtful and proper in bed.

What’s worse, I can’t even wear my damn socks with them.

I wear the red one the next night after my shower. I admittedly feel sexier. Almost naked. Raunchy. A pre-political version of mouthy Manduli.

I get under the covers and before I can say my prayers, I feel on my neck the real bedroom bully. I feel the hot breath of the wild animal I’d been caging in GB. Like he’s…OK, I’m about to go into excruciating detail of how he and I are like animals in the savannah – me the nimble gazelle, he the feral cheetah – but I’ve exhausted my word count.

An edited version of this story first ran in some old edition of True Love magazine.

20
PREVIOUSChef Les: “Food is better than an orgasm”
NEXTTuesday