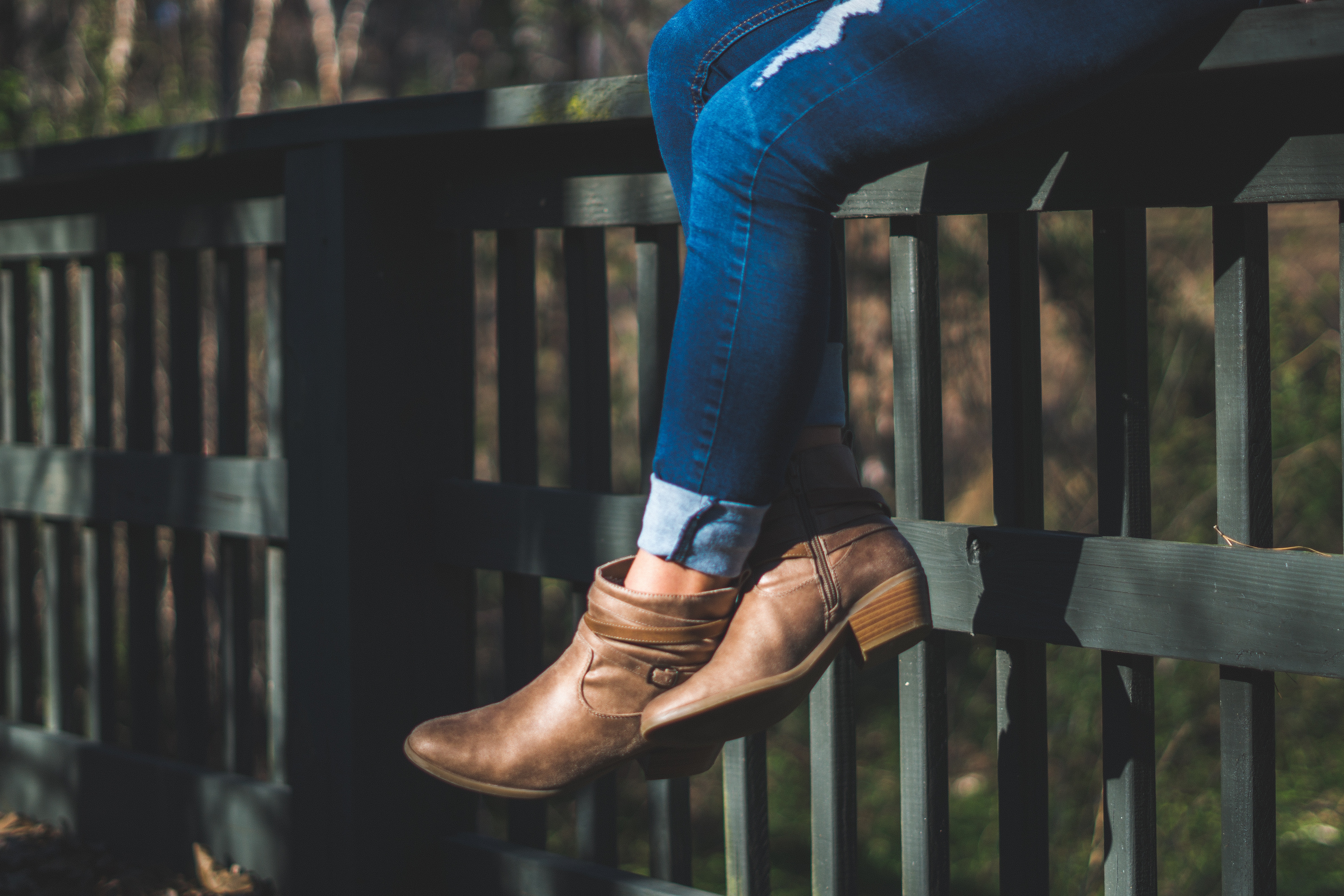 My ultimate brand of the femme fatale is a rebel. What pop culture calls the bad boys and bad girls. I’m drawn more to the bad girls, bad boys are fickle and vague. The bad girl, I’m drawn to her inexact mix of stubborn, nerdy, selfish and a set of personal values she’s tattooed in a string of sentences around her waist. They always say that the good girls don’t get the corner office. Well, neither does the bad girl. She doesn’t get it because she doesn’t want it. She never did. The bad girl is in a job she can’t be fired from – she’s battling it out in a labour of love. Fighting it to the death.

And now that we’re here, that popular bedtime book – ‘Goodnight Stories For Rebel Girls’ – is a misnomer. First it suggests the book is for girls and should be read only to girls, not to boys. Second the preposition ‘for’ shows why you must select the right words when telling folk what you want to say. Communication 101, if you may. The book should really be titled, ‘Goodnight Stories About Rebel Girls’.

Have a personal style. It makes it easier for your pals to surprise you with a gift item for your wardrobe.

Don’t ever strike up conversation with your crush.

It counts for nothing that you still have silver studs you bought in 2003, from The Woman Shop at Sarit Centre. Heirlooms are really the posh alter egos of hoarding. This doesn’t apply to photos, though, hoard away. Especially the printed photographs you keep in your wallet or in photo albums to show your guests. Also the ones you blow up and ask June of Frames Kenya to print and mount to hang up on your walls.

“The idea of Oktoberfest is to create a buzz around the world’s favourite drink: BEER!” This buzz never hits Nairobi. I’m not going to ask why.

What’s the urban rule on eyebrow piercings? Rather, at what stage of your life does it stop seeming like a desperate attempt to hang on to your youth?

‘Abstract: The Art of Design’ is the best best series airing on Netflix.

Ask God to grant you grit. Of course you’ll also Him for a pure heart and patience and a sense of humour and the ability to always wear pants that fit you properly, that plus all those other good things He gifts. But ask for more grit. Because grit is more important than talent and IQ. Because grit is a special combination of passion and perseverance and hanging on even when it’s painful, boring, frustrating, sucky, demanding for more effort and more resilience.

I’m inspired by the grit behind the public performance, not by the performance. (After he cracked the Berlin record and became the greatest marathoner of all time, New York Times did a cover of Eliud Kipchoge. Eliud Kipchoge embodies all what I’m saying here. Maybe I should just have written Eliud Kipchoge and left it at that.)

Don’t complain about how we’re overtaxed as an economy. That’s a tired song. How about, instead, you master the techniques of avoiding tax and screwing the government of Kenya? Dance to a tune the piper didn’t even know he’s playing.

There’s always that one guy at the bar who seems to be having a grander time than anybody else present. A guy who’s dancing alone, terribly and pulling one major gyrating move with only his waist. One move for all songs. Hahaa. I want to be that guy. Be that guy.

Don’t feel so horrible about not figuring it out yet – everybody’s winging it. Everybody.

It’s an urban mystery that you get married and you stop fooling around on your couch. Or any couch for that matter, not even the couch in a sleazy bar. Where’s the fun in being married if a couch isn’t part of your love story?

‘Shark Tank’ has all the answers to all the questions you’ve ever had about side-hustles. Answers to questions like, is it a better idea to offer a home service to clean rugs and furniture (like Steve of Ecowash does) or am I better importing for resale the machinery that’ll clean those rugs? Must I understand basic accounting, so they’ll take me seriously when I throw terms around like ‘cash flow’ and ‘overheads’ and ‘SKUs’? What is the market really buying into? Do I push sales through my IG page (not Facebook, no one on Facebook actually buys stuff) or do I ask Tusky’s to stock me? What’s in it for them in Uber Eats? Or Jumia Travel? What fool will slide me the brown envelope that’ll fire the engines of my idea and get it airborne?

I’m more likely to pick up Wangari Maathai’s autobiography than Michelle Obama’s. I haven’t searched for either. Yet.

Have barely enough money in your pocket to survive. It’ll teach you the value of every shilling. Excess is a young man’s game.

It’s endearing, vloggers who sit in front of the camera with no makeup on. Not even their eyebrows. I suppose it’s what P.D James meant when she said, Absolute nakedness is intrusive, confusing to the senses. Paradoxically, it both reveals and diminishes identity.

New parents of Nairobi, please, we’ve reached the urban quota of naming our baby girls ‘Ella’ and our boys ‘Ryan’. It’s 2019 already. How about we surprise the good folk at City Hall with the unusual names we’ll pull out of our hats, aye? The guiding principle isn’t Google – Google doesn’t belong to us Africans, they know nothing about our African names and what they mean to us. The guiding principle is the punk at the birth certificate office and your mother-in-law – if he can spell the name as it should be and she can pronounce it right, you’re just about there.

Create your own hype, then milk the hell out of that hype. Don’t believe the hype other people create for you. It’s a trap. It’s fleeting and translucent and ill-defined. You let them and they’ll determine how/when they’ll pull your marionette strings.

You can’t unring the bell.

Romantic relationships: He wears the pants. She wears the kilts. Period.

Your family – blood, work, business or friends family – is proud of you and everything you’ve accomplished. They love you no matter what.

January, you’ll hit the streets of your hood to jog in the mornings. Those mornings, your mind clears and your thoughts crystallize and your energies syncs to your soul. It’s beautiful. You’ll become a better person just for this hour of your morning runs. You’ll also lose the excess Holiday-bingeing weight and your pants, little by little, will begin to float about your thighs and hips. And your ass, God your ass, your ass will waste away. This is the point where you put a pause to the running and pay a professional trainer in a gym to rip you up. What has happened is, you’ve lost your fat mass – yeey to that – you now need to get into some weight training to build up muscle mass. Strangely enough, adding weight doesn’t always mean becoming too chubby to fit into your pants, it also means tighter gluts.

You can never have too many pairs of brown boots and ripped denims. If it speaks to you, let it speak to you in a thousand different voices.

You become a couple and you start dating other couples. And it’s all good. What isn’t good is, can you remain friends with your ex couple’s ex?

Kindles were built for insomnia. There’s little else can you do under the covers at 3 a.m. that won’t wake the snoring panda sleeping next to you.

The greatest evil resides in the heart of man.

Don’t overegg the pudding. I’ve run these ‘What I’ve Learned’ posts for about a month now. It wasn’t my intention, I swear. It surprised me what I found when I went down the rabbit hole. And isn’t that where all the fun resides anyway? I liked where it was going so I blindly ran with it. I feel that I’m just about to begin overegging it. So I’ll end it here. This is the last of it. I promise.