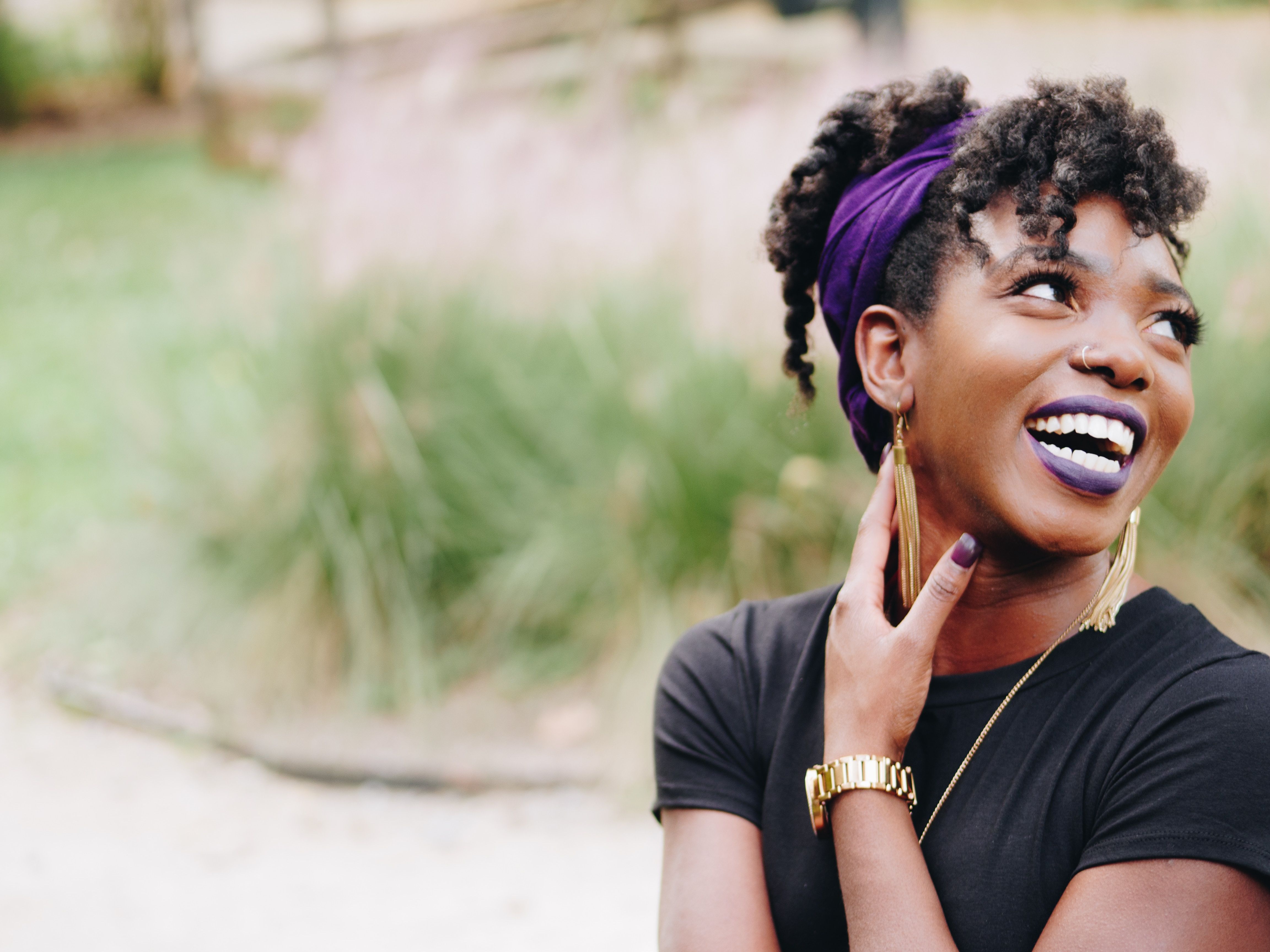 I’m not one to binge on a series. I can count on one hand the number of TV serieses I’ve caught to the finale: ‘Breaking Bad’, ‘How I Met Your Mother’ and ‘Brooklyn Nine Nine’ (they took a production break). I dropped ‘Grey’s Anatomy’ at season nine.

The problem isn’t TV itself. No doubt, there are countless recent well-written and well-produced serieses that draw cult-like followings with their longevity. ‘Game of Thrones’ comes to mind. And ‘Peppa Pig’.

The problem is me. Somewhere along the way of catching a series, my interest waxes and wanes then trickles to a naught. I’m like a stream that rages through the seasons. Like the Mara River.

But not with Wanjiru. Not with Hooting Owl.

She writes them as serieses.

The first series was ‘Njambi & Kagwe’s World’. It was about, well, Njambi and Kagwe. Urban couple. Married for seven years. No kids. Njambi was a senior marketing exec in a digital agency, Kagwe a pilot. The series ran for a year to June 2018.

She’s now writing a new series about Mel and Jonathan. ‘Taste of Mel’, she calls it. Mel is a photographer, Jonathan a pilot. (Those pilot uniforms must awake something, uhm, naughty in Wanjiru, aye? Hahaa.)

I’m bingeing on ‘Taste of Mel’.

Wanjiru has written the pants off every local fiction series I’ve ever known about. I’m not kidding. Not only are her stories colourful and entertaining, dotted with wit, beautifully crafted and full of positive energy, they’re also consistent – Thursday, 10a.m., chicks like me (and a few dudes) escape into the world Wanjiru creates for us.

She says the fate of her characters is not sealed, so there’s plenty of room for surprises – more sins, rebirths and redemption, assassinations, fuck ups and heartbreaks. The characters are like you and I. They are people we know about and others we don’t know about. They are what we want to be. They are human and flawed. They make the calls. They are everything urban and nothing made up.

A loose Thursday in warm September, Wanjiru and I sit at the balcony of Java Kimathi Street overlooking the din that’s Nairobi’s CBD. It feels like we are two queens on a throne in ancient Rome overlooking our kingdom.

She has a pot of milk tea, I have a tall bottle of cold Keringet water.

Wanjiru doesn’t want her photo taken. Something about being camera shy and having a bad hair day. (Although her hair doesn’t look as bad as she’d made me imagine. It looks… artsy. Artsy and full of personality, like the afrohawk of the chick seated to the corner behind her, the one Wanjiru says she’ll steal to put on the head of one of her characters soon.)

That’s not her in the picture up there.

But this is her story.

My spirit animal is the owl. I’m a solitary nocturnal creature, just like the owl. I write at night, from 9 p.m. to 4.30 a.m. then sleep in until midday. Oh yes, it was difficult getting here in good time for this [11 a.m.] meet up. But today I won’t return to sleep when I get back home. Thursday is my self-care day, I’ll do laundry and straighten my bedroom. I’m not a neat freak like my sister. We shared a bedroom growing up and we fought a lot. She wonders how I’m able to get any writing done with the mess but I tell her I know where everything is.

My Mum thinks I made Njambi too weak a female character and Kagwe a guy who does whatever he wants, when he wants and doesn’t have to face the consequences. Mel is nothing like me though. Mel is free to go with the flow and do what she wants when she feels like it, she doesn’t care what people think of her. I love Mel. Jonathan is a stable and safe guy, the kind of guy to settle down with and build a life.

My alter ego is Mel.

Last Saturday night, I was at home with my boyfriend, my sister and her hubby. We were watching a boxing match. Anthony Joshua and what’s that Russian guy called? I forget his name. I’m not big on boxing, I’d be lying to you if I told you I was interested. The only boxing match I’ve ever watched from start to finish was the one a few weeks ago, for that Kenyan lightweight boxer, what’s her name?

I’ve been listening to one album on repeat since last year. It’s by Ruth B, you heard of her? She’s Canadian. I listen to her a lot because she sings what I write about on Hooting Owl. My favourite line from the album is, “I don’t know what you want but I know what I need”.

[I looked it up. It’s from the album ‘Safe Haven’, the track is titled ‘Mixed signals’.]

I last experienced grief 10 years ago. Don’t get me wrong, people I know have died, and there are many who have died and it made me sad. What I experienced as life-changing grief was 10 years ago, when I lost my big brother to a car crash on Waiyaki Way, right outside ABC Place. He was 22. I was 18. They were on their way to tao, him and his pals. It was a Saturday night. They’d just left Kinoo picking up their other pal. This pal they picked up was in the backseat. My brother was in the passenger seat. I’m not clear on what happened exactly but the car flipped in the middle of the road and hit a tree. He died. His pals left the accident, what’s the word, unscathed? Yeah, unscathed. Imagine that. The tree they hit had paint marks [on its bark] for a long time after the accident. I mellowed down after his death – when you experience something that knocks you down, you realize that you are not as invincible as you thought you were. I was unnecessarily feisty and aggressive before it happened.

My brother’s death made my Mum closer to me. She had been closer to my big sister than she was to me. But to realize that she could lose a child, that someone could actually die, our relationship thawed. I spoke to her this morning. My Dad… my Dad is the typical Kikuyu father. His relationship with my Mum changed after my bro died, I don’t think it’s been the same ever since.

When I think of my ideal reader I think of an urban woman in her late 20s, early 30s. She has a bush of natural hair, tended natural hair. Sometimes a weave. She likes her jeans blue and fitting; definitely fitting, not flare. Her fingernails are manicured but short because she works a lot with her hands. She’s a progressive woman who won’t let herself stagnate in life – not in her career, her marriage, her relationships. She has a secret crush on a dude somewhere; it’s probably a guy in church or at work.

I have an undergrad in commerce and a masters in business. I did the degrees for my Dad. He was a schoolteacher. His friends advised him to get us into business school. If I had a choice I would have done comp science because it was the course about the future and about tech. My pals in comp science introduced me to blogs and blogging.

My first paying job was in Kisumu, I earned 6K a month. My job was to read storybooks to schoolchildren, five and six years old. I read to them from two in the afternoon, after their lunch. Relocating to Kisumu was an adventure because I’d never lived away from home. Or near a lake. I’m from Nyandarua, we don’t have big lakes there. The novelty of the adventure wore off after three months, though.

That job truly humbled me. I mean, here I was, a masters degree holder earning minimum wage in rural Kisumu. I didn’t even live in my own place, the school had an arrangement called home stay – I lived for those six months with a widow and her six kids. I had my own bedroom but I cooked and washed dishes and clothes like I was one of her kids. It was a mud-thatched house and we went to the lake to fetch water. Sometimes I’d go to work without taking a bath. I was culture shocked to tell you the truth, this wasn’t what I’d signed up for. I remember sitting in the staff room one day and seeing rats scuttle across.

I’ve published two e-books on Amazon. Both are self-help books. The first is about teenage bedwetting, the second about teenage depression. I wrote the books from personal experience and from a lot of online research. They’re doing OK, I suppose, people are still buying them. Amazon hasn’t paid me yet because you have to reach a certain threshold before they release your money to you. I haven’t reached the threshold yet. Same goes to the blog – I make money from Google AdSense and from affiliate marketing with Jumia, I just haven’t gotten paid yet. Other writing and editing gigs keep me afloat.

If this was a bar and you were a waiter, I’d ask you to get me a double Jameson [whiskey] and Sprite, no ice cubes. On another day I’d have white wine, sweet white wine.

I’m driven to do write my stories every week and share them because I don’t have a fallback plan. Writing is what I do every day. There’s nothing else I do with my time, so there’s no excuse to not do it. Plus there’s a sense of accomplishment from finishing a story I started. My stories do bore me sometimes, I throw in a twist to spice the plot to move in a new direction. Getting laid also relaxes me and releases my creative juices.