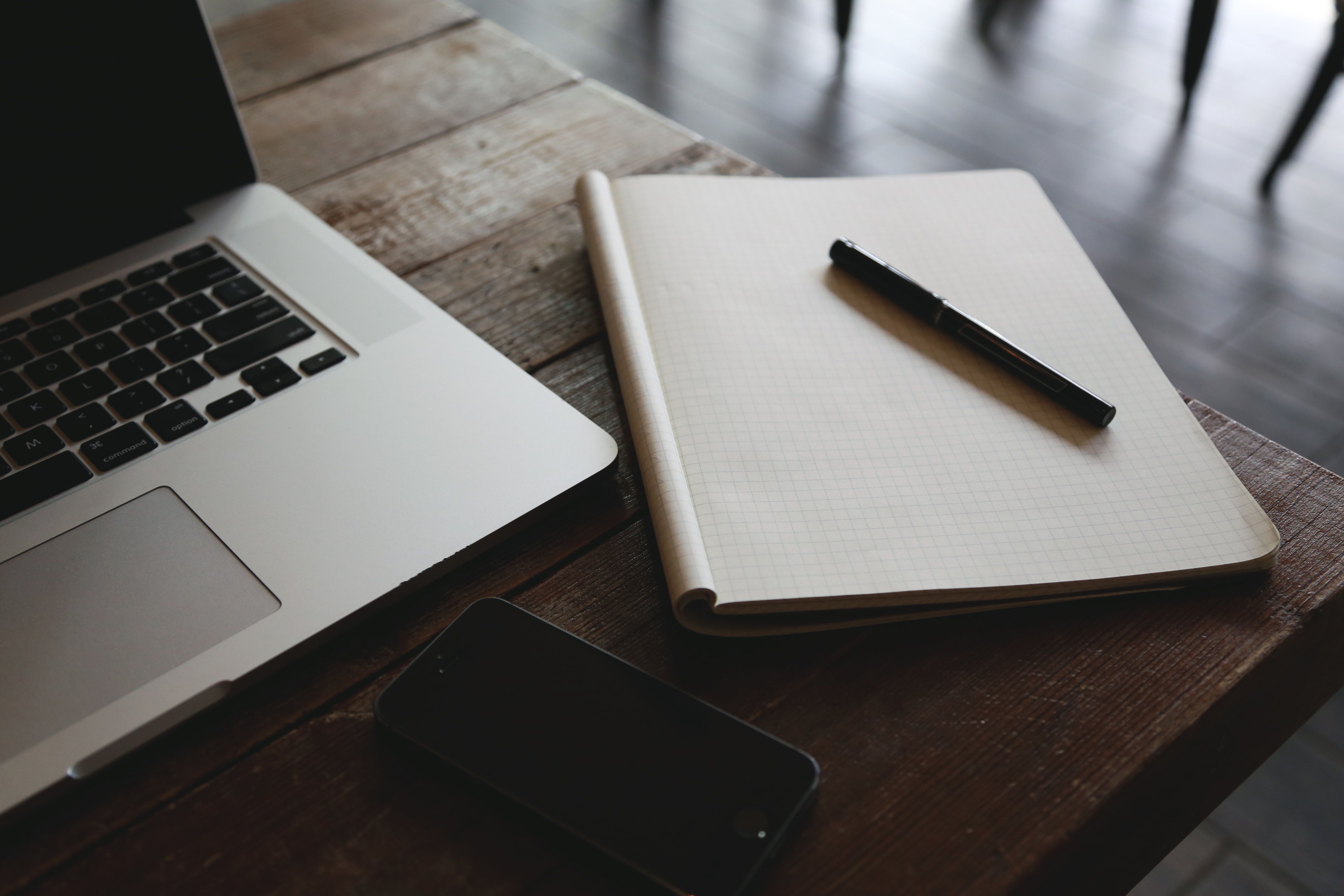 I’m writing this from the new Java on Lenana Road, Kilimani. It’s not really new in the sense that an establishment would be new. If I’m not mistaken, it has been here for longer than I’ve been rocking my short natural hair. Which is just about, what, three months? Four months? I don’t know, I stopped keeping count.

Last Monday though, I got a haircut. It’s a haircut which makes my head look longer and like a lightweight female boxer’s. And like I’d be attracted to Terry, one of my best pals. It was my first time in a barbershop. I remember as the barber wrapped that hideous silk cloth which smelled of methylated spirit around my neck and shoulders, I told him, “Don’t give me those common haircuts I’ve seen on most chicks in this town.”

He chuckled. “I’ll give you a haircut which suits the shape of your head.”

Well he did. But guess what he also ended up doing?

This Java is new because I only started coming here early September. I’ve come here all of about five times. Each time to work. Each time I sit in the same booth. Each time I’m served by the same waiter. I won’t tell you his name but I’ll tell you that he looks like a short lunje version of Tyrese. Like he’d play Tyrese if a movie about Tyrese would be shot in Kenya. (Don’t ask.)

This Java is spacious and airy but the draught tends to make it chilly. I have socks on my feet and a kikoy wrapped around my laps. I’m comfortable. And cosy. And jealously settled in. There are fleeting moments where I feel like a primary school teacher. Like my Mum, I can see her in the same cosy position in her 1B class at Kilimani Primary.

The booth I’m settled into has a large painting on the wall adjacent to it. It’s a canvas painting of a black family watching TV in their living room. I can’t make out the name in the artist’s signature. It’s full of colour, the painting, the individual brushstrokes are a violent yet mindful ebb of thick layers of acrylic paint.

I wouldn’t hang it up on my walls at home though, I’d go for something more minimalist.

The blog story I’ve been working on isn’t coming together as I like. Regretfully. I thought about it all weekend. I drafted it Monday. Poked at it again yesterday. I’d scheduled it to go up today at noon but alas… I had a paltry and disjointed 858 words only by sunset yesterday. It got me restless and anxious. Panicked. I ended up on YouTube watching Shakira belly dance, later I watched Brick and Lace and wondered what became of them. Much much later, I watched JLo then stalked her to her Instagram. How is she 49 with such a banging body? How?

I like the idea of the story. I really do. I don’t want to tell you the title because I kinda love the title more than I love how the story is shaping itself.

I got here to Java at 7.30am. My plan was to have been here by 6.40a.m – to catch the early creative worm and rescue the story, before the heat of the day and the din of suburbia invades the innocence of the breaking dawn – but Muna woke at around that time. She was in sour and needy mood. She wanted to be held. I dropped my bags at the door and sat on the couch to hold her. I hold her when she wants to be held because she’s a girl (like me), a needy girl (also like me), who sees pasts its exhibitionism and readily decodes the messages in tactility (also like me). And besides, what’s a day without being held for a few minutes by the person you love?

I held her tight the way she likes. And I squeezed her feet. And pulled at her chubby fingers one after the other. Rubbed her cheeks, tagged her earlobes. I kissed the top of her head and whispered in her ear that she’s a good girl and Mummy loves her very much. She burst into more tears. Hahhha. You can never win with these kids. Or with girls.

I came here hoping to spur my creative juices and panel-beat the story way ahead of my noon deadline.

But nothing happened. My mind was drawing blanks. And terrible punch lines.

That’s how I ended up writing you this useless story.

I don’t want to say I’m suffering writer’s block, I really don’t. But if kinda feels that that’s what it is.

I’ve been reading. A lot (I’m rereading Nora Ephron’s ‘I Feel Bad About My Neck’ (the most impactful, wittiest, relatable, goal-shaping, career-changing book I’ve read this decade. I’m not reaching for hyperbole when I tell you that); I’m also reading another book I got for $2, I don’t remember the author but it’s titled ‘Life And Other Near Death Experiences’. I think. It promised to be full of satire but I’ve not laughed once. What I thought was an opportunity for humour turned out to be a pivotal plot device. When Tom, the protagonist’s husband for eight years, told her he was gay the same day she found out she had cancer and had six months to live. Yawn. Cancer is such a lazy plot device. It’s too low hanging a fruit. Like breasts. (That doesn’t make sense, ignore it.) Anyway, she sold everything they owned and took a trip to Puerto Rico. She’s met a hot Spanish dude. I know what’s going to happen next).

And I’ve been getting inspired by other artists as well (GB and I are listening from the car stereo to Jay Z’s album from last year, ‘4:44’. Tight album. Tight tight album. It’s his thirteenth studio album and he’s still fresh, as fresh as… as fresh as Eliud Kipchoge. (Jesus, what’s happening to me today?) I’m still baffled, how the hell has Jay Z managed to do that, to remain relevant and fresh after so many albums, so many years? I’m listening and relistening to the album hopeful that the answer to my bafflement is somewhere between his lines).

I think I’m bored with the routines and predictability of my days, that’s what’s up.

Or maybe I need to get laid more frequently? Heehe.

I haven’t had a staycation in a long time either. A staycation, for those of you that were the last to understand hashtagMCM and hashtagWCW, is where you stay a day and night at a hotel – or Air BnB if you’re on a budget, as I usually am – and you cheat your brain into believing that you went on a vacation. The last staycation I had was in July. It was an overcast day and the place was shit, it didn’t have me look forward to the next one.

I’m beginning to think my creativity is suffering also because of my finger nails. They’ve grown out. I’ve let them grow out. I never let them grow out. I usually clip them down to the bone every Sunday night. I like them short and filed because I work a lot with my hands. The length of my fingernails determines my work – and word – output. (And how much I serve him in my love portions, wink wink.) I remember last February, we’d just returned from our honeymoon, my mind was resisting the work flow of getting back into the grind. I didn’t understand it. It took me more than two weeks to realise it was my long acrylic nails cock blocking this maneno.

Speaking of which, I don’t know what my toenails look like without gel nail polish. The only time I see them without nail polish is when Elizabeth – my waxist and pedicurist – has scrubbed, clipped and filed them, and has given me the ring-chain to select the next shade. It’s a small window to see them naked. I think they’re now shy of being seen naked, my toe nails. This what happens when you don’t see something naked enough times.

It’s noon now. I have a meeting in Karen at two.

Let me publish this – despite myself, I really think I’ve nailed it (hahha, get it?).

12
PREVIOUSThis chick was a fox
NEXTHunt like a hungry lioness