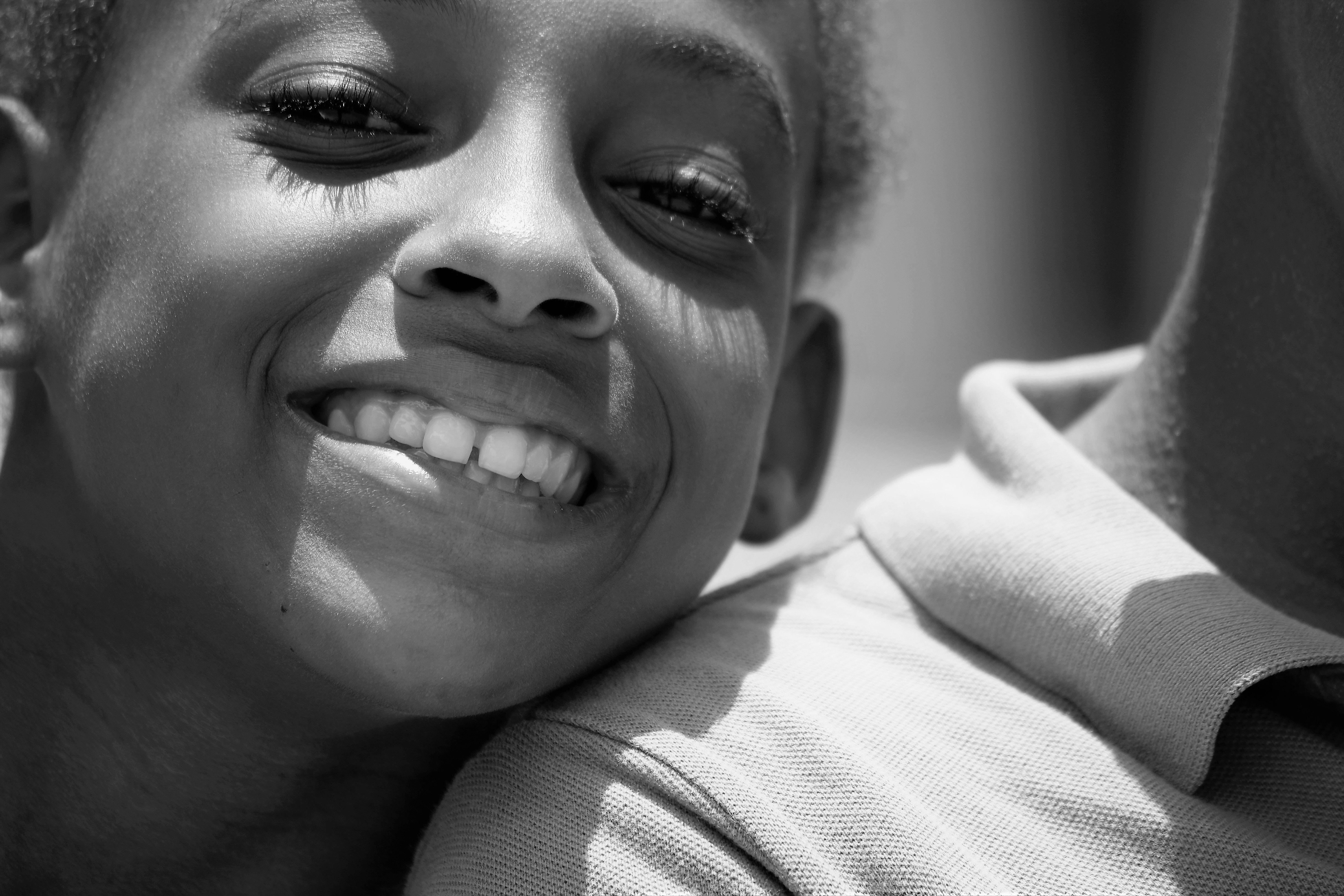 “Never talk to my son again!”

Those words knocked the stupor out of me.  How dare I fill her boy’s head with such tales of debauchery? It’s like I was out to erase all her careful parenting with the stroke of my immoral brush. I was painting a glamorous picture for the kid, birds and booze – a played out Hollywood version, bikes and boots and black leather jackets, fabrications of my conquests.

His mom didn’t like that. He was only 10, for chrissake.

Her frown struck out the jolly affair. Suddenly everyone was looking in my direction, listening to what I was saying to the kid.

It was Saturday after sunset, at a family gathering of not more than 20. I was seated around a circle of cousins, along with a tall can of Tusker Malt. The adults had broken off to a corner of their own. Someone was playing music through a pill. The wine and the music flowed. (I think that’s a song).

The boy is my nephew, CJ. And CJ is knocking at the doors of puberty. He’s getting curious.

“Why do you have dreadlocks?”

“Because girls love it.”

His face beams. “Do you have a girlfriend?!”

“Ofcourse! Lots of them.”

That really kills him. He thinks I’m such a chic magnet, which means he thinks I’m a cool uncle, and I’ve taken the flattery with stride.

Whenever we get together he asks to see my phone, where he rummages around the menu, and, finding no games, he goes through my playlist, where he most certainly won’t find any Migos songs. Then he says, “Wah, bro. Your playlist is so boring.”

CJ’s phone has lots of Migos.

Sometimes CJ asks if he can have a taste of my beer, and I chuckle and say, “Your mom would kill me, bro.”

Earlier that day he whispered to me that he has a girlfriend, and that, if it wasn’t for this particular function, he’d be at home, with her. I forgot to ask about the lucky girl’s name, but I remember feeling proud. A rite of passage was unfolding right in front of my eyes. I was a stripling’s uncle. Uncle Mike.

And the title sank a little further when, a little later, CJ followed me into a bush, where we shared a quiet pee.

Anyway, CJ’s school won the music festivals. The reward is a trip to State House. CJ was excited as hell. His mom was proud. The cousins were happy about it, too, because a branch of the family tree would finally set foot in State House.

CJ is also learning how to drive. He’s only allowed to move forward. No reverse. No turning. The first time he negotiated a corner he bumped into a neighbor’s car. The owner, an elderly lady, caused a row on the estate Whatsapp group.

“Why are we allowing children to drive in the estate?! What if he had hit one of our kids?!”

I imagine that day CJ was made to apologize. He’d be forced to face the woman, hands crossed at the crotch, with his mom a few paces behind. He’d mumble an ’I’m sorry’ with tears in his eyes. But there was no real damage the lady’s car, anyway, and the boy would be forgiven.

He might have caused some ripples, but let’s not forget that the boy was an honored guest at State House.

CJ’s mom gets uneasy about letting him drive. She only allows it because it’s fun for him, otherwise the car turns into a deathtrap when he’s at the wheel. I got to witness it first hand, little CJ behind the wheel, with the seat slid all the way to the front. You could see the concern all over his mom’s face.

It was shortly after lunch, and I’d stepped out for a cigarette. Akina CJ’s car was not at the parking. (OK, I wasn’t really smoking). Then I heard a hoot. I turned to see CJ grinning in the driver’s seat, mom riding shotgun. She beckoned me over, and said, “I don’t want to die alone.”

I jumped in the back, and held on for dear life.

“What is the first thing you do?” she said.

“Seatbelt,” the kid says. He clips it on.

The engine rambles to life. The speedometer lights up like a Christmas tree. A battery of questions follows to CJ. “Have you taken off the handbrake? What do you do next? Are you stepping on the break? Which foot are you using? OK, now release the brake. Slowly, baba.”

She had one hand on the dashboard, ready to bolt if we landed on a ditch. (“Stay in the middle of the road CJ!”)

Meanwhile CJ was doing his best not to accelerate too hard. The car was purring at his feet. He was driving at 10kph, but at least he was moving. He didn’t care that fuel was going up to 130 bob. He wasn’t thinking about some bloody math homework, or that Elani had staged a comeback. Forget State House and the girl next door.

This was the purest form of freedom. He was at the helm, sailing this ship. It was hard to fault him for wanting to push the needle a bit.

And as we snaked along my mind went back to my first fender bender. I was 17, not even old enough for a license. That time we had a grey Mazda Demio, and I had been sent on an errand – a vote of confidence I didn’t take for granted.

So I did what every other boy does with such responsibility on their hands: I cranked up the music and put my weight on the accelerator.

It was mad fun, really, until I came up behind a Double M bus, unloading passengers on the side of the road. I was getting impatient. I wanted to get my Vin Diesel on, but this damn bus was in my way. So I waited for oncoming to traffic to clear and attempted to overtake. But I was too close to the bus, a gross miscalculation on my part.

There was a loud smack. The left side-mirror snapped shut, and I quickly hit the brakes. It took a second before I realized what had happened. The people on the pavements were watching, I felt a lump in my throat.

What the hell had I done? My folks would surely have my neck for this. Plus what if the driver of the bus stepped out? How would I tell him I don’t even have a license?

I sped off, one eye on the rear-view mirror, waiting to see if the bus would begin pursuit, if the tout would disembark and ask for some identification. I had all these morbid scenarios running in my head. Maybe I’d be tossed into a police cell, and I’d never get to drive a car ever again. I went round a random corner and stopped.

The bus went along, though. I watched it glide across the rear-view, paying me no mind. I switched off the engine and assessed the damage.

The scar was reddish, sticking out like a gushing wound.

I went home and confessed my sins to my Dad. I wasn’t hanged, thankfully. I was only met by a serious-faced question: “So what have you learnt?”

CJ was ecstatic after his drive. He wanted me to tell everyone about it.

I suppose as the cool uncle it’s your duty to boost their self-esteem. But I ended up getting drunk that Saturday and forgot to make the announcement on CJ’s behalf. I’m certain I went down a few rungs on the favorite uncles’ ladder.

But I quickly redeemed myself with pearls of wisdom. He was seated on my lap while everyone was talking about State House. Then I remembered Ngina Kenyatta also lives at State House. CJ’s mom was one seat away. I didn’t think she’d hear me from that far.

“How long did we say we wait to text after getting a girl’s number?”

“Yes. But now at State House you might meet Ngina. You know who that is?”

He didn’t know Ngina. So I told him. The first daughter. The princess on the hill.

“For Ngina you don’t wait,” I said, “you text her immediately you get home. You tell her you haven’t stopped thinking about her.”

The boy was in stitches at this point.

Then the mom heard us, and the lesson was cut short. She didn’t approve. It was like I was staining his innocent soul.

I haven’t talked to CJ since. Maybe when they got home CJ was instructed never to talk to me, that I have bad manners, and I wasn’t the player I’d made myself out to be. Maybe he was told never to take any advice from me.