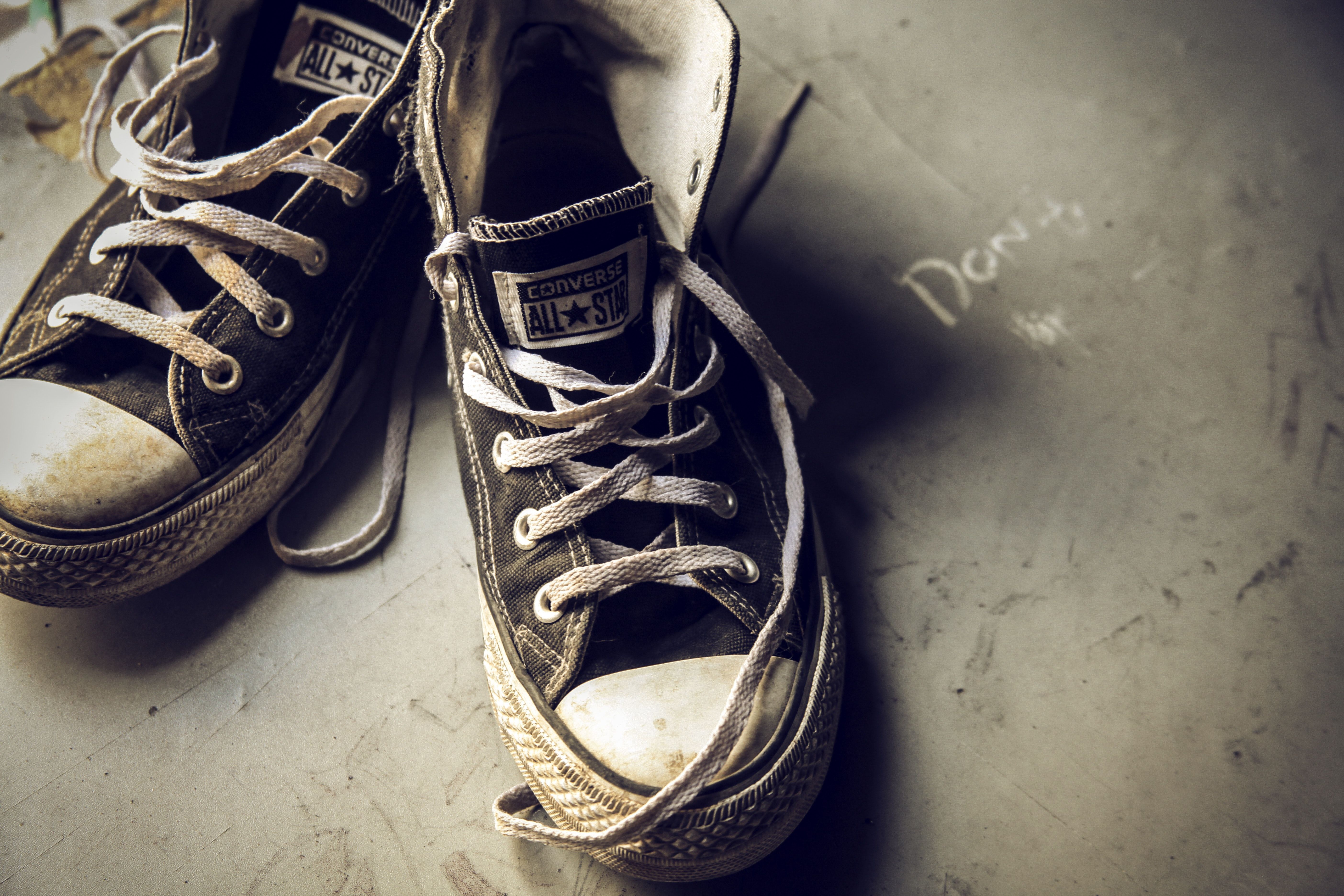 The gavel bangs. Six months in the slammer for five souls convicted of illegal mining. All rise. His lordship is departing.

The court marshal leads the convicts down to the cells, where they’re to wait for a rickety van that’ll deposit them in prison.

They look pale and malnourished. Others have open wounds and worn faces with bewildered looks. Just a week ago they were trapped under a collapsed mine. They were buried for two days.

Their heads are bent in surrender, half-covered in shame, partly by exhaustion. On Prime Time News their story will run at the tail-end of the bulletin, right before sports.

One pleaded mercy from the court. He said he’s resolved to stop prospecting, and to always abide by the law.

The scowling lordship was having none of it.

The courtroom empties out. Only the prosecutor remains seated. He’s staring at the miners’ file, ruminating on his own career. His job description: Toss people in prison.

Twelve years ago he won his first case. Domestic violence. Manslaughter. Husband got a life sentence for stabbing his wife six times. It was thrilling to put the bugger behind bars. The law was word, and the word was fair.

But that was long ago, before he had sent an innocent soul to the hangman, before he started checking in to dusty pubs to drink White Cap, before Diana left with the kids. She couldn’t take it anymore. He was either at work or at the bar. She left on a Sunday afternoon in September, while Chelsea was playing Huddersfield. He came back to an empty house, and a note in her spidery hand dangling on a fridge magnet. I can’t take it anymore. Please find help.

These days he wonders whether there’s any justice in the world. In the hallway he’ll meet the activist – Okiya Omtata – heaving a pile of folders under his arm. At the exit our man will wave to the guard. And at the parking lot he’ll suddenly stop and think, Hm, what is Okiya Omtata doing all the way in Migori?

I wonder what will happen to those miners. How will they adapt to jail food? Are they scared about dropping the soap? Maybe they’ll get pardoned for good behavior. Maybe they’ll serve out the rest of their sentence with wistful grins as they recall the good old days at the mine, when they’d show up at 8 a.m. and scour for gold until noon, whistling to the strains of ‘Where Have All The Good Girls Gone’.

I’m out of breath. That’s the furthest I can run with that story. Most of it is total fabrication, of course, but it’s however true that, last week – while I was away – a gold mine collapsed in Kehancha and five people got trapped.

That Monday, Bett WhatsApp’d and said, Yo. Take a break this week. Exhale. Refill your cup. Exercise. Take a drive. Get laid. Anything to get rid of the writer’s fatigue you’re experiencing right now. Cool?

Suddenly my week was wide open. My week just lay back and spread its legs. My week looked so good I wanted to buy it some lingerie. I wanted to take it out on a date and fill her up with wine and sweet reggae tunes.

I had acres of time on my hands. The pressure her of my column deadline was lifted off my shoulders. And the part of my mind that sniffs out stories went to sleep.

The miners went down on Wednesday. Meanwhile, in Kitengela, I was taking a blissful afternoon nap. Incidentally, that was also the day I made ugali for the first time. But I’ll get to that.

Apparently it had been raining in Kehancha. The earth was slippery. It took two days to dig through the muddy rubble. Rescuers stuck a pipe through the clay to send down water and porridge.

The miners were finally pulled out on Friday, emerging from the clutches of Hades with soiled faces and squinting eyes, struck by a sudden flash of sunlight. They were taken to hospital, patched up, and the job was a good ‘un.

It was an unfortunate incident. But statements from the government lack any sympathy. Prospecting is illegal, and for that they must face the consequences. They’d been instructed not to mine around the area. The miners say they have no alternative. The mine has kept them from crime, and the gold has improved their lives.

The last straw came from sirkal, though, when the Deputy County Commissioner said the piece of land is meant for the construction of a stadium.

(Can you believe this baloney?)

‘Stadium’ sounds like they plan to build something of Kasarani proportions, with field and track and some javelins. Like the next Olympics will be held at Kehancha.

A slender Russian called Katya Petrova steps up to throw the javelin. She takes a deep breath. She shifts her weight from one long leg to the other. The air around Kehancha Stadium is tense. Everyone waits to see if she can break her previous record of 85 meters. Even the commentators go quiet.

The cameras follow the swift trajectory. And, because Kehancha stadium is too small, the javelin goes out of the stadium and lands on the Deputy Commissioner’s head.

The gavel bangs. Justice is served.

Our housie also comes from Kehancha.

Three weeks ago she went on leave. She left her suitcase and promised to return after 14 days. But up to now she’s a no show. Her phone isn’t going through. Sometimes she’s mteja. Other times it rings out. Mom is furious.

She was an industrious lass with dark skin and strong legs. Her nose was like a button, placed like an afterthought. Her voice piped from somewhere below her chest.

And Eunice could sing. Boy, could she sing. Mornings I’d hear her in the compound, belting out some gospel song. Her shrill voice would stream into the room and wrench me out of sleep. Else she’d play music from her phone, carrying it in her pocket as she went along. Volume turned all the way up. Praise and worship in full swing. It got on my bloody nerves, to tell you the truth.

I didn’t like her perfume, either. It smelt like acid-dipped Aloe Vera. The fumes would hang in the kitchen like a dark cloud. The word ‘miasma’ springs to mind.

Eunice was SDA. She’d have Saturdays off, to go to church and the salon and wherever else SDAs go. Those days she’d powder her face, put on sunglasses and slip into some leathery heels. What was church without a little pomp, anyway?

One Sato she went and didn’t come back. Later she texted Mom and said she was at her uncle’s. She came back the next day, though, with a brighter face and a spring on her step. That “uncle” must have really made her happy.

Anyway, it’s been five days now, and since she left I’ve been tasked with house chores.

By nightfall my body feels like a sack of beans. I’m bone tired. I want nothing but to strip down and lie in bed, stretching my joints after putting out my back while doing the laundry. I was simply clueless about the work that goes into running a home.

You’d think I miss the help. I thought by now I’d miss riding the wave of Mom’s purse, putting my feet up every sunset, sipping a warm cup of coffee while someone else makes my supper. In the eyes of most folk I’m a spoilt brat, the poster child of shameless privilege, a lazy bag of bones.

But I hope Eunice doesn’t show up. While going about my chores I’ve found that, actually, I like to get my hands dirty. I’ve developed a sudden interest in cooking. I can make a mean beef stew. I’ve been using every bit of Eunice’s absence to learn my way around the kitchen. I’m even starting to wonder why we need a house help, especially since I’m capable of making ugali.

That fateful Wednesday Mom stood over my shoulder while I knocked the thing into shape. It was the first time I was doing it without any help. I stirred and flipped and stirred again. My bicep was screaming bloody murder, and the piece of cloth I used to hold the sufuria was heating up. Fat drops of sweat percolated on my forehead, and my toe was still smarting from a splatter of boiling flour.

Mom says it’s possible to know if the ugali is ready just by the smell and feel of it. But I prefer doing the wall test – smashing a bit against the wall to see if it’ll stick.

And then there’s the mukura, the underbelly, the part that sticks on the sufuria. I have cousins who swear by the mukura. They say it’s the best part about ugali. I’ve never cared much for the mukura. It’s just burnt flour, after all.

But that day I felt compelled to eat it. The mukura was the icing on the (African?) cake. So what I did, I grabbed a spoon and scraped every corner of the sufuria. I excavated all the crunchy goodness. I savored every crumb. I ate to my fill. I…

You know what? I’m out of breath again.

11
PREVIOUSCall me Uncle
NEXTFinding the key