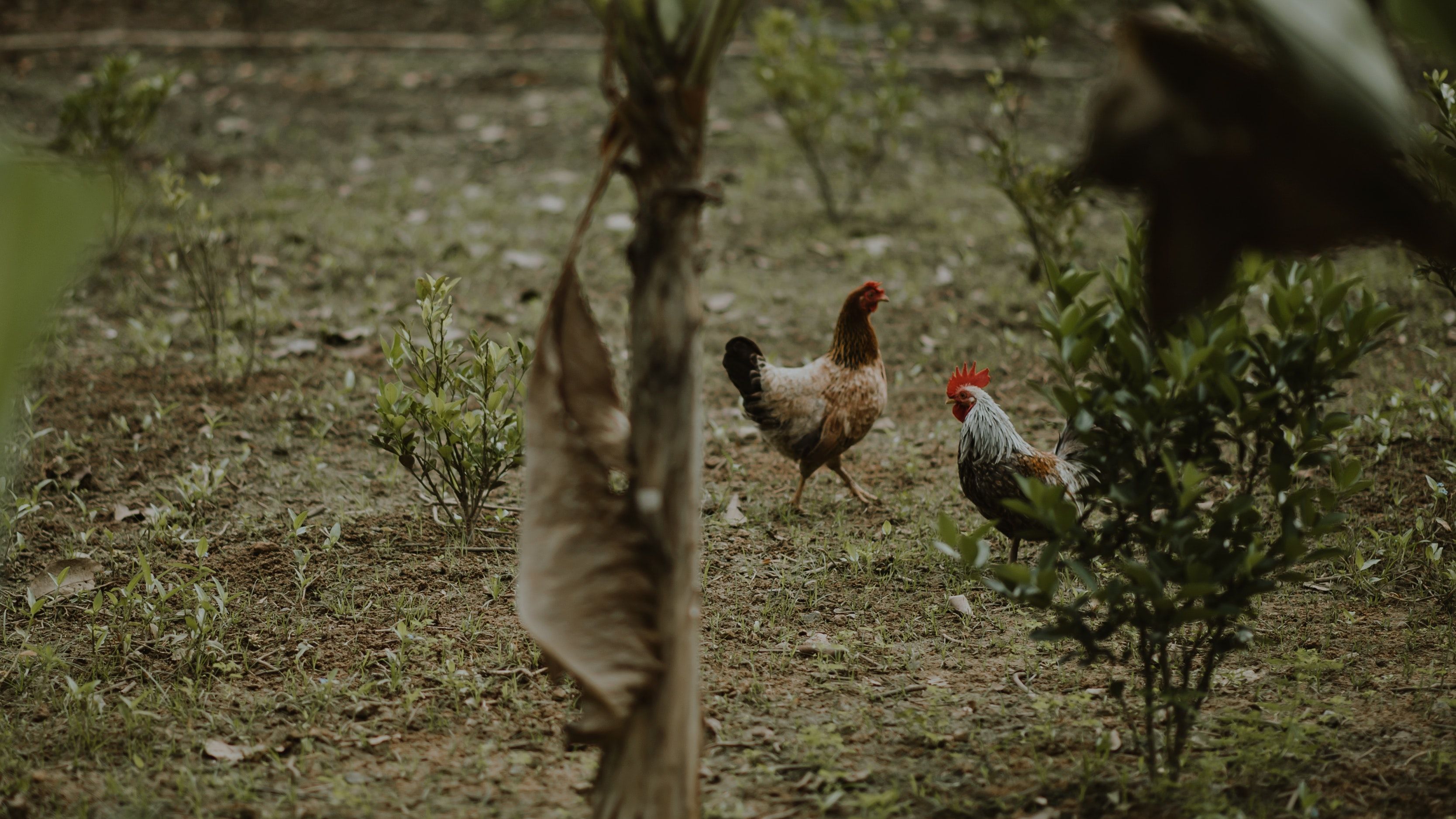 I can’t imagine sharing a roof with my cock. I wouldn’t be able to stand the racket my cock makes, especially in the morning. Two cocks can’t stay in the same house. My cock is black. Its neck is so thin sometimes I worry it’ll snap any second.  Still, I love my cock. I love how big it’s grown over the last few months, and now I’m wondering how my cock would feel about moving into the house with me.

Get this, a woman in Karachuonyo is counting losses of up to 26,000 shillings after 52 of her chicken were stolen. Cases of chicken theft have been on the rise in Karachuonyo, and farmers have taken to keeping the birds in the main house. Some have given up chicken rearing altogether. Complaints to the area chief have been fruitless.

Apparently the thieves break in at 3a.m., grab the chicken, and then transport them to Kisumu, where the demand for chicken is higher. What’s surprising is that the burglaries are noiseless. One farmer suspects they use some kind of chemical to keep the birds quiet.

My heart bleeds for the Karachuonyo folk. And if I was to meet them I’d pat them on the back and say, “There there. You’re not alone, donge? I know how you feel.”

I also keep chicken. I started off with 50 chicks and one mother hen. I got them last October. Old man and I drove to some chicken farm in Thika, where we were promised poultry of the finest breeds. Genetically improved. Kuroiler chicken. Origin: India.

The guy manning the farm walked us through. Before going into the coop we had to step on some sponge to disinfect our shoes. The coop was divided into sections, each announcing how old the birds were. There were two-year olds and six-month olds and three-day olds.

There were birds in every corner. The chicks squealed and the cocks flapped their wings, and leaped this way and that. The air inside was warm and musty. The guy picked up the chicks and packed them into boxes.

Then it was time for the mother hen. I thought he’d have to chase her around for a while. But he snuck up behind her and grabbed her like it was child’s play. Then he tied up her legs and carried her to the car.

I was trailing behind with the box of chicks. Old man carried the other box. I could hear their confused mummers. Some stuck their beaks through the ventilation holes. They were so cute. I whispered to them, and told them I’d take care of them, never mind that I had zero experience in poultry.

But how hard could it be? I thought all I had to do was feed them, and then watch them grow into big egg-churning machines.

Back home we built a spacious coop. We spread sawdust on the floor so their talons could stay warm. We covered the mesh with some light material, because even chicken need curtains. It’s basic decorum, really.

We put planks of wood in the coop as well, so the birds can perch. I’ve never known why, but boy do chickens like to perch.

I looked after those chicks like my life depended on it. I put them on a diet of store-bought chicken feed and left over ugali. I even gave them some buttered spaghetti once. My favorite was a grayish chick I christened Falcon.

I watched them while they ate. Some were bullies. They wanted all the food to themselves. Those ones would promptly get some time-out. I’d shoo them away until the weaker ones had had their fill.

I refilled the water trough with careful efficiency. I whistled to them in the morning. And at night I went to bed wondering if I had done enough.

Then they started dying. Almost each morning I’d wake up to dead bird. The first casualty was a brown chick. I found it buried in a heap of saw dust, like the others had decided to bury it. Like they had given it a requiem mass and eulogy. And as I carried it outside I thought, “Well, at least I have 49 left.”

By the end of two weeks and 19 deaths, I was like, “Who brought this damn curse?!”

After a while I developed a sixth sense. I’d know a bird had died as soon as I opened the coop door. The air would be different. The atoms would feel rearranged, and there’d be a deathly silence. The chicken would look bewildered, except for the mother hen, which was so nonchalant I thought she had a kind of emotional disorder.

It didn’t matter how much I whistled to them. The chicken still died. And died. I could have given them some quality Italian pasta, for chrissake, but it didn’t keep them from breaking my poor heart.

Was it a contagious bird virus? We gave them vitamin boosters for their immunity, and it worked for only about ten minutes before we were back to mourning.

The day Falcon died I genuinely shed a tear.

It’s been 11 months now, and only two birds have survived – a cock and a hen. Time has simply flown. I didn’t think they’d grow as big as they have. The cock can let out a loud cluck, and the tips of its feathers are flame red. The hen is black and it has a graceful sway of the bum when she walks. We slaughtered mother hen for Easter cause she refused to lay eggs.

I’ve since stopped fussing over them, though. They’re old enough. In the daytime I let them wander the compound, where they peck at leaves and forage for worms. It makes me proud to see them hunt. I feel like I’m not a complete failure. In the evening they troop back in, and go back to perching, ready to turn in for the night.

I wonder what they talk about in there.

“Do you remember when this place was so cramped you couldn’t get some decent food?”

“I know?” That’s the hen. “Kwanza that Falcon was such a bully. Gosh.”

“By the way, is it true they cooked him?”

“I heard he died under ‘mysterious circumstances’.”

“We’re the only ones here, you halfwit.”

Cock says, “If you won’t tell me then at least make yourself useful. Lay some eggs or something, or else you’ll also be dinner soon.”

I pity the hen, really. She has to share a roof with a mean cock. I bet she thinks his colorful feathers have made him vain. When I open the coop in the morning she usually walks out first, like she just couldn’t wait to get away. Or maybe she’s playing hard to get. Maybe the cock has been shooting his shot and she wants to see how long he can keep it up. She looks like the kind of bird who just loves the attention.

I wonder if the cock has any dreams of escaping. Maybe he tells the hen how he’ll one day get her out. “I’ll take you out into the world, babe.”

“But where will we go? You know I’m not big on spontaneity.”

“Don’t worry. I hear Karachuonyo is nice this time of the year.”
—–
Mike blogs at www.mikemuthaka.com