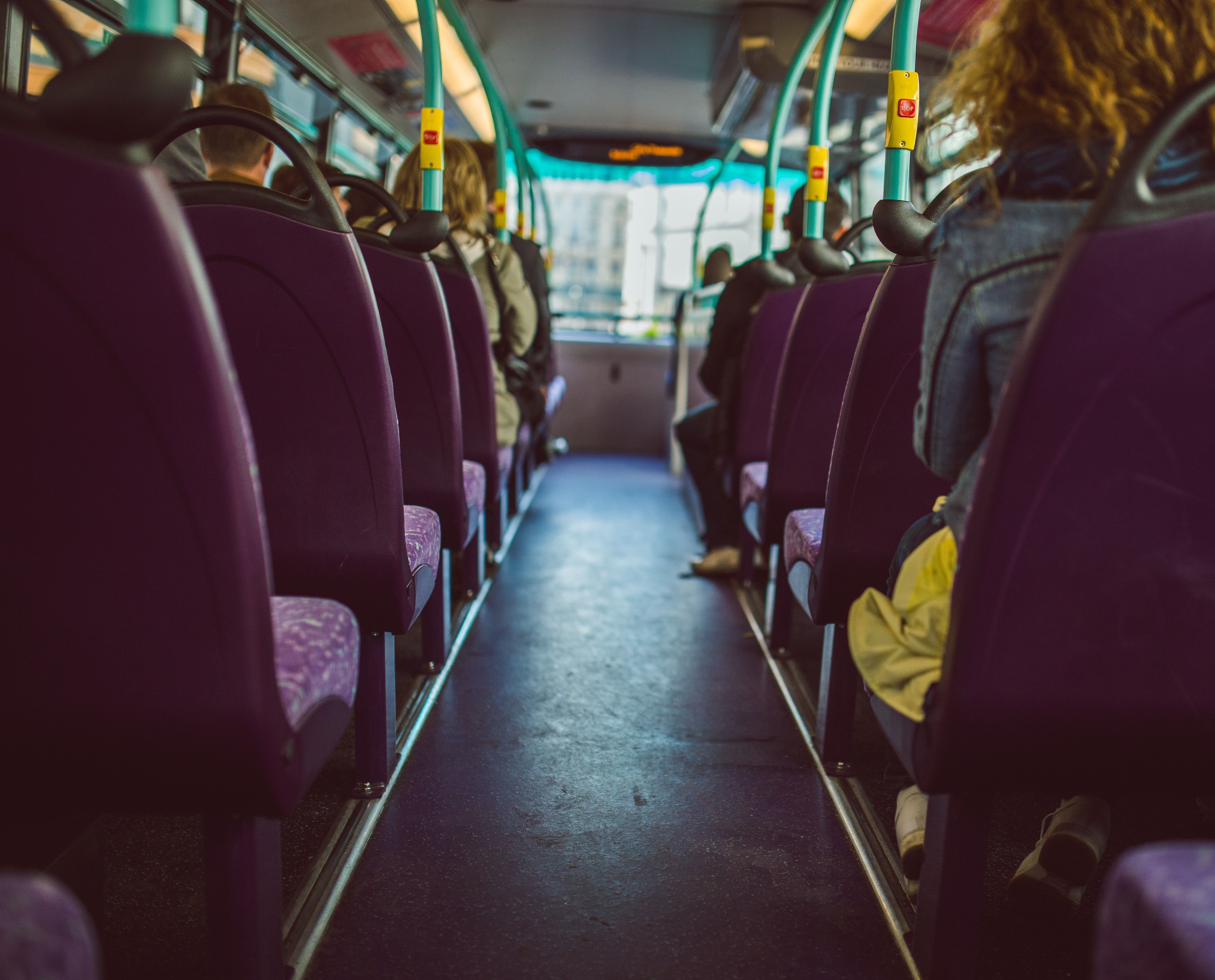 You know what really bugged me about being a kid? Not being able to reach the grab rail in a matatu. Everyone else seemed tall enough to reach. They didn’t have to support themselves by the seats. They didn’t look all short and silly.

Sometimes in a mat I’d miss the seat and accidentally touch someone’s head. Or I’d stumble and some alert passenger would have to catch me, and then they’d scornfully look at me, like I could be so stupid as to obey the laws of momentum.

In my eyes matatus were deathtraps. They started moving even before you sat down. Your school bag would slap every passenger as you tottered up the gangway. And you’d only get to sit until the next stage, before you had to give up the seat to some stern-faced woman.

Now though, I’m tall enough to say, “Nimelipia kiti.” No one looks at me hotly when I don’t give up my seat. I can comfortably reach the rails, and sometimes I’m even confident enough (or drunk enough) to bark at the driver to change the music.

But there’s a new problem, especially with those 12-seater vans. I don’t know what the engineers were thinking when they cranked out those vans. The ceilings are so low in there you’ll be lucky to alight without a migraine. The thing has sliding doors on each side, and the dashboard is made from plywood.

I imagine once the designs were complete a hawk-eyed intern spotted the problem. So he took it up with the supervisor, who was having a third cup of coffee in his office.

“Er, chief, I think the ceiling on this model is too low.”

“The measurements. They don’t allow much head-room.”

“It says right here in the textbook, sir. The roof should be at least four centimeters up.”

“That’s the problem with schools these days. They cram your heads with meaningless math. Look, Richard, can the car move?”

“Can it brake and maneuver corners?”

“Can it safely move passengers from point A to point B?”

“Then the car’s okay, Richard. Bump the prints up to corporate then we can go out for a nice cold beer.”

Years later the supervisor would be dead. His obituary would say he had suffered a case of mercury poisoning. Richard would be working for another firm. But the minivan would be shipped and sold to an unscrupulous businessman who wants to make an addition to his fleet of matatus.

He personally went to pick it from the port. He inspected it all around, mentally calculating the profits the minivan would bring. He couldn’t wait to get the van up and running. Maybe he would install a power stereo. And maybe he could employ Sankale as a driver.

The van would be plying the Kitengela-Kajiado route. Namanga Road, one long stretch of tarmac surrounded by grass and vast nothingness.

And so, a week ago, I boarded the van on my way to school. The thing was cramped as hell. There was only one vacant seat, and no legroom to speak of.

Don’t even get me started on the headroom. It was virtually non-existent. My head was pressed so hard against the roof I could feel my sockets compress. I tried tilting my head forward but the pain was all over my hair. Any sudden movement would snap my neck for sure.

I had my bag on my lap, and I was wedged between two women. I didn’t even have space to fish out the fare. The cabin was airless and swirling with dreadful Bongo music.

And Sankale could drive. Boy could he drive. Sankale was thundering through the highway at neck-breaking speeds. Hehe.

I wondered if the passengers at the back noticed my discomfort. They all seemed to have some headroom, and I imagined they were watching with pity in their eyes. Or maybe they weren’t pitiful at all. Maybe they were only containing their mirth until I alighted, so that they could have a good laugh over it. I would laugh too, if I happened to see someone on the cusp of a broken neck at 80km/h.

But my pains were quickly forgotten when, tilting my head forward, I briefly locked eyes with a baby girl. She was on the row in front, on her mom’s laps. She was wearing a pink hoodie, and the first thing I noticed were her gorgeous black eyes.

They looked like dark pools of ink. Her tiny lips were moist, and she was employing her hands by tracing her mom’s T-shirt. The second thing I noticed, and much to my dismay, was that her eyebrows were drawn in.

And I thought: “What sort of cruelty is this?!”

Who would do this to their own flesh and blood? Why draw eyebrows on a child?

Surely this was contravening some kind of human right. And the brows were not even drawn correctly, for chrissakes. One was higher than the other one. Some of it ran to her temples. And the girl was totally oblivious. She kept mumbling to herself, and playing with her mom’s tee, unaware of the violation to her features.

This spectacle made me so sad I’d have taken out my snotty hanky, but then I’d have two much inconvenienced women next to me.

A commission of enquiry should be set up to find out how many mothers draw eyebrows on their kids. And then they should all be arrested and taken to court, where they’ll be forced to surrender any cosmetic item they own. Lipsticks, eyeliner, mascara – they all go into a basket and confiscated.

And as a final nail in the coffin, they will be banished from doing their make-up. They won’t even be allowed to get their nails polished at the hair salon. They will have their pictures printed in the paper, alongside an announcement: “The following persons can no longer practice cosmetics. Please alert any security personnel if any of them attempts to touch your face.”

I probably looked at that baby longer than I should have. And then I thought; “What if the other passengers noticed?”

Maybe they thought I was so charmed by her eyebrows that I couldn’t help but stare, and that I was falling hopelessly in love. I was about to break my neck in this dreadful matatu, and I’d have the honor of spending my final minutes looking at her stunning eyebrows.

But soon she became restless. Her mom held her up by the arms, so that the girl was standing on her laps. I’ve never seen a baby so excited. A bloom came over her cheeks and her eyes widened, happy, unbridled, like she just couldn’t believe she was standing in a moving vehicle.

Then she started reaching for the roof, with her fingers balled into a small fist, inching ever so slowly to her target. No one spoke. No one moved. It seemed even Sankale had turned down the Bongo. This girl was displaying some serious courage and we were completely taken by her. This was her moment.  This was a metaphor for her future.

She would grow up to be a strong-willed woman. And her favorite thing in the world would be to break the glass ceiling. At that point it didn’t matter that her forehead looked like it had been chalked up. I was certain everyone was rooting for her. “Go baby, go.”

Finally she touched the roof, and a bright smile spread over her little face, the rotundity of it only amplified by her cheerful victory. I was waiting for someone to give her a round of applause but it never came.

And it was probably for the best because, down the line, when she’s grown taller, she’ll realize being able to touch the roof isn’t that much fun. Not even with her eyebrows drawn in.
—–
Mike blogs at www.mikemuthaka.com