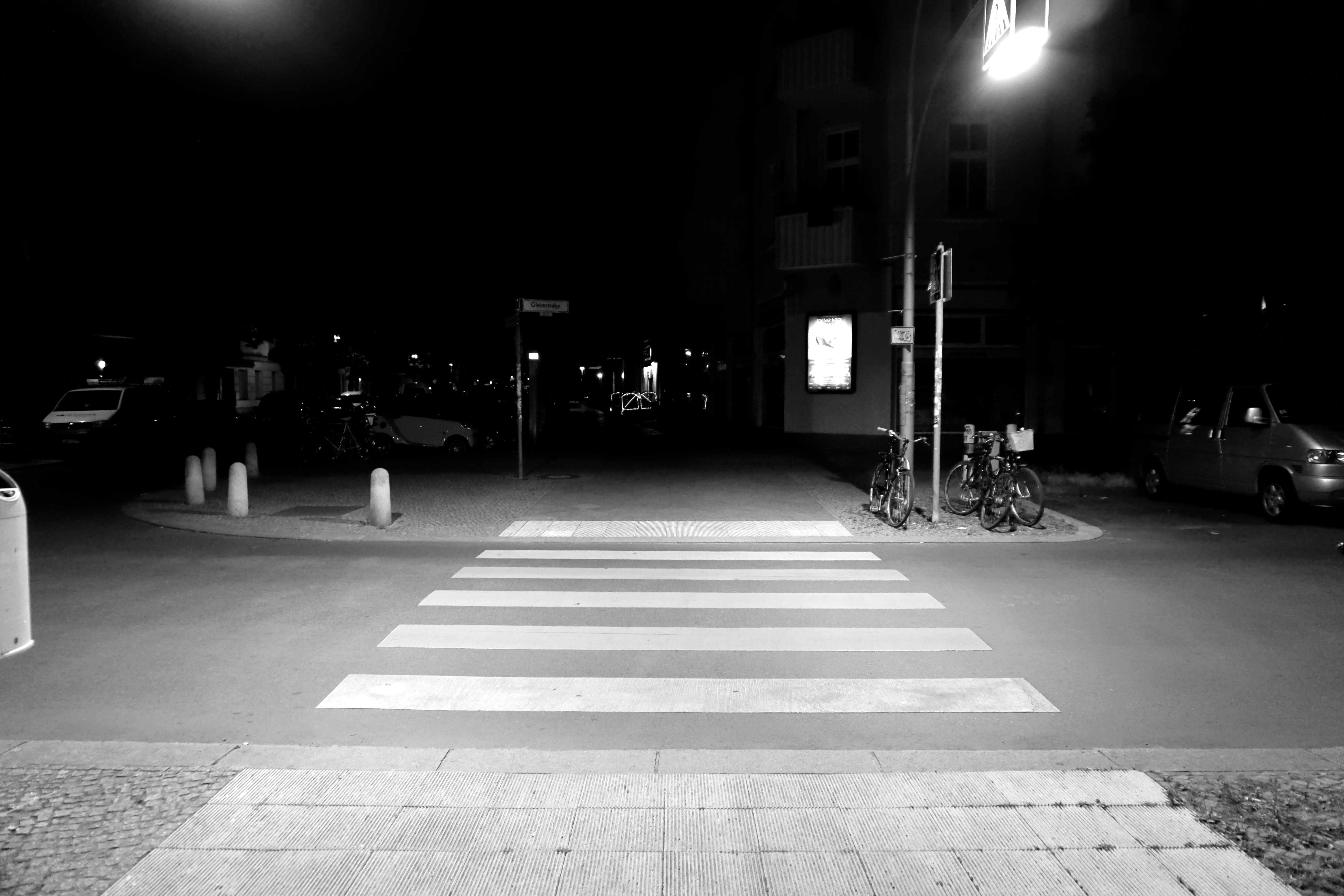 She never told me her last name, she just told me she was Kate.

Kate was my first. It happened on Christmas Eve. I was 18, she was 23. We were neighbors but the idea that I could sleep with her had never occurred to me.

Around the estate she’d stare at me until I’d look away. She was short and plump, busty, and she liked to wear shorts. Her eyes were daring as hell, like shiny lanterns of lust. I never really worked up the guts to talk to her. The school holidays were about to end and I hadn’t said a word to her, so she made the move – she gave me her number. I texted her immediately I got back into the house, we talked well into the night.

The next morning she texted and said, “Wakey wakey.”

It was around 7 a.m. My eyes were still heavy with sleep. I quickly rolled out of bed, washed my face, brushed my teeth, and went over. I texted when I was at her place, “I’m here.”

“The door isn’t locked,” she replied.

Man oh man. I had all sorts of fantasies winding in my head. Would I find her in her room? Would she be clothed? Did she expect me to have a condom? I felt a chill in my bones and a sweet beating in my heart.

The house was deathly quiet. The floor was cold and I felt like I was staking my body into an alternate universe.

Her husky voice came from the bend on the corridor, the living room. The first thing I saw was the TV, showing an episode of ‘Friends’. Joey was talking to Chandler.

Kate was on the couch behind the door, feet up, in shorts and a blue t-shirt. The curtains were drawn. I felt light headed as I sat down.

“Are you shy?” she asked, a sly smile reaching her dimpled cheeks.

I chuckled. We talked about ‘Friends’ for a while.

I moved in for a kiss, and she swallowed up my lips. It was a bad kiss, really. Her lips were too wide, but I figured she was the one to decide how the kiss would go. I helped her out of her clothes, she was still wearing that fearless smile. She lay on her back, pulled down my pants, and reached into my underwear. Her grip was so tight I almost cried out.

I thought: Was a hand job supposed to this painful?

What if she was one of those sexual predators who lure young boys then use them to carry out dubious experiments?

What if she tries to stick a finger back there?

Does she want me to give her a baby?

As I was taking off my shirt she held my hand and said, “Leave it on.”

Gosh! What had I walked myself into? She guided me through the entire process, especially after I’d fumbled around for a bit, wondering, where the hell do I put this thing? After a while her smile disappeared and settled into a mild nonchalance. She was getting disappointed. I wasn’t making any headway. So she finally gave in and said, “I have to go.”

None of us liked it.

It was over before it began. Nothing gave. Nothing came.

She stood up and walked out of the living room. A wave of fat rippled along her bare thighs. She left me in the silence of my own self-awareness, the gushing of a dented ego and the voice of Chandler Bing. I was half naked, half disappointed. Fully stunned.

She came back wrapped in a white towel, and stood by the door, politely asking me to leave. I pulled on my pants and did as instructed.

But on my way home I kept thinking, Is that what all the noise was about?

I never heard from her again.

Kitengela is like sex – it’s terrible the first time.

You’ll get lost. You’ll lose your footing over the rough terrain. You’ll argue with tuktuk drivers. Dust will blow into your eyes, and when you stop to itch you’ll get run over by a speedy bodaboda.

For all its faults, though, you’ll find fresh pineapples, and fish, and vodka, and every damn thing you’ll ever need to survive in Kitengela. You’ll also see some loafers laid out at the roadside, where the trader will bend the shoes a few times to assure you of the quality.“1,800 bei ya kuongea,” he’ll tell you.

Oh, and don’t look at the shoe too long, lest you get hit by another bodaboda.

Acacia knows Kitengela. It sits in the middle of the town, a few meters away from the movie shop. It’s not really a supermarket. It’s more like a one-storey hall with shelves in it. Acacia looks like it’s on its death bed.

Customer numbers have fallen. People leave their cars at Acacia when they want to avoid parking fees. The fruit vendor outside Acacia sells more of his wares than ever before. Acacia is an oasis of hopelessness.

But that’s just Acacia. Something else is stirring in Kitengela.

You can feel it in the steady afternoon foot traffic. You can see it in the narrow dusty paths, you can hear it in the rhythmic drumming of hammer and nail, coming from the hardware shops. And in the melee of shoe-shiners and newspaper vendors.

You can feel it in the hot wind, and the road-side drilling, and the hooting bodabodas.

Everyone has a spring on their step. Everyone’s smiling; even the bouncer at Club 411 who refuses to be bribed has a chummy grin. The Sunday crusades are on full blast, “Nimeona mabadiliko. Halleluiah watu wa Kitengela.”

Apparently the County government says plans are underway to decongest the town. A 500m stretch of road will be built to act as a bypass. They will also create 200 more parking spots. They say all these projects will cost about 200 million.

Remember when they created a new refurbished bus stage? When they moved all the attention away from Kobil? They say that stage cost 100 million. That’s the price of some brick flooring and mabati shades with metal bars for seats.

I’ve been to the stage lots of times. It’s loud and confusing. PSVs huddle together. Touts haggle, and shout, and fist fight. A visitor might think Kitengela is a bloody zoo. And if you told them what the stage cost they’ll laugh and be on the next bus out of town.

Anyway, the buzz everyone is feeling isn’t coming from the government’s plan or a politician’s promise. The buzz is from the upcoming mall at the centre of town.

Yup. Kitengela will soon have a mall.

A mall with menacing glass walls that climb into the sky. A mall that will dwarf every other building in town. Once complete the mall will be the central attraction. Forget Kobil.

Evenings, the sun will splash twilight on the mall’s face. The neon lights will come on, and the night shoppers will crawl in, and the tiled walkways will be spotless as always. The parking space will be one vast stretch of cobbles. Middle-class heaven.

But there’s one person who isn’t too particular about the mall. And that’s the owner of Acacia Supermarket.

The mall will occupy the space right next to Acacia, casting a dark economic shadow on the tiny building. And perhaps it’s good riddance. Because I’ve also been to Acacia a few times, and I don’t think they’d be the first to boast of variety.

You only go to Acacia when you need a bottle of soda, or a padlock, or some spicy chevda. Things like detergent or condoms or Elastoplasts; basically anything you’d need in an emergency – they probably don’t stock it. They don’t even have a liquor section, for chrissakes. Acacia’s policy is: You need it, we don’t got it.

The staff is always gloomy. The girl at the POS would rather stare into the Bar Code light than return a hello. Acacia is like the hub of boredom. But I wouldn’t blame them, though. I’d be bored too if I had to work with the madness of Kitengela on my back.

I feel sorry for Acacia. I really do. Because it’s there, just four years ago, that I had my first taste of Monster Energy.

I was a newcomer to the town. I wanted to see what Kitengela had to offer, my first time touring on foot. And I couldn’t breathe.

Everything had dust in it. The air tasted like dry earth. The beauty of nice open skies was smudged with floating specks of dust. My sweat-soaked shirt clung onto my skin. Everyone was on fast forward. Twice I almost got knocked down by a bodaboda. The pavements were crowded, and I had a foreboding sense of contracting a lung disease. Boy was it dusty.

I hoped I’d see some girls – you know, sampling the cuisine – but I quickly realized I wouldn’t, because there was so much dust in my eyes I couldn’t see a thing. The dust blotted out the town’s glory, if there ever was one.

Then I chanced upon Acacia Supermarket. Its lights burned brighter in those days. The counters had their backs to me, and a cool breeze was blowing under its awning. The store was a nice respite from the weather-beaten town.

I walked in looking for some refreshment. And there I found a tall black can of Monster Energy. My first time in Kitengela has since been synonymous to Monster Energy.

Just like how ‘Friends’ – the sitcom from the 90s – has always been synonymous with Kate.

So next time you drive down to Kitengela for nyama choma, pay Acacia Supermarket a visit. Buy a padlock. Ask for condoms. Say hello to the staff. Grab a can of Monster Energy.

Savor that little piece of Kitengela, before the big bad mall comes and wipes it away.
—-
Mike blogs at www.mikemuthaka.com