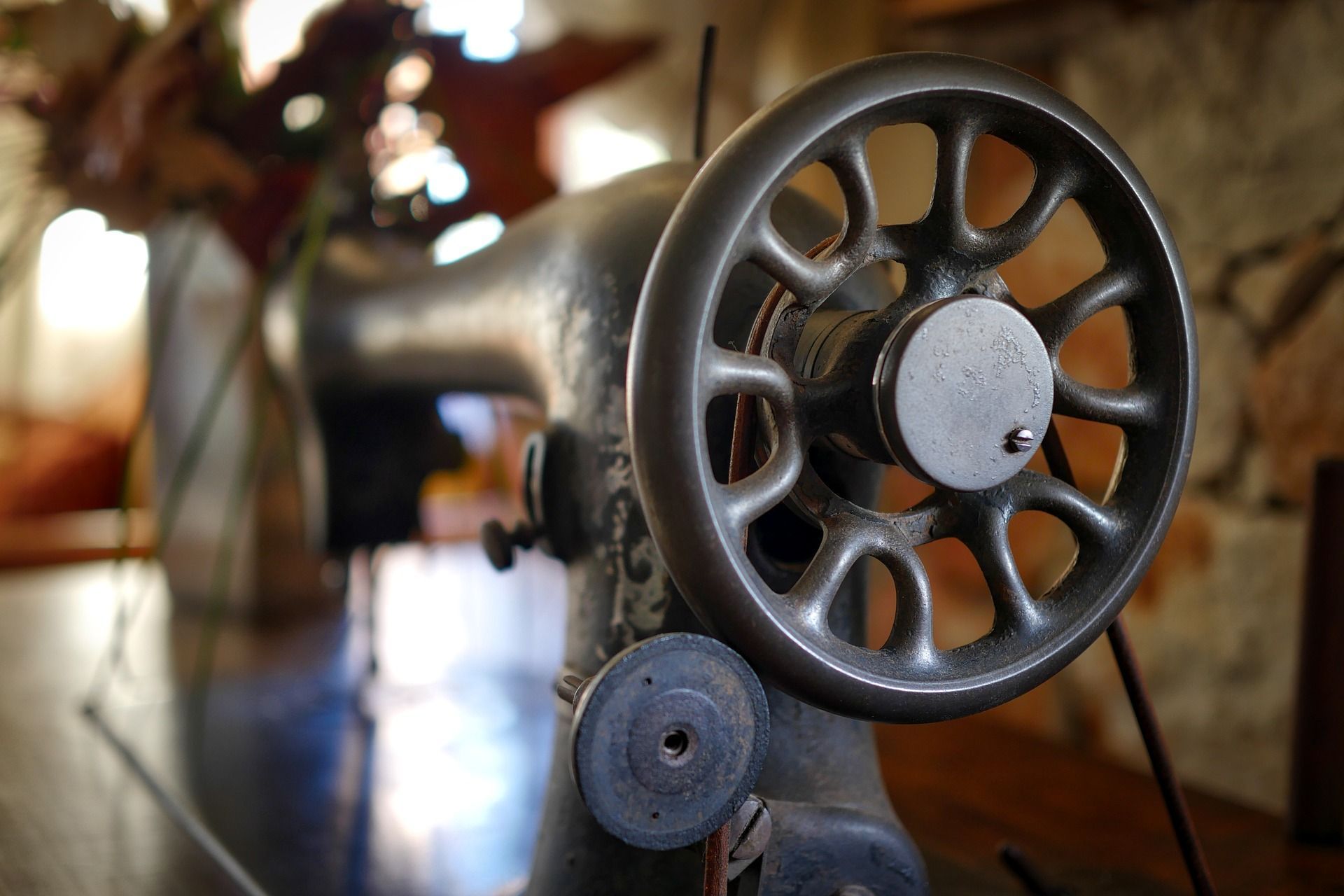 A tow truck sits on the side of the road. Cars circle the roundabout and go without noticing the truck. Some pass through Oilibya; they refuel and get back onto the road, giving the truck little thought.

The truck is unoccupied. The windows are wound up. It’s grey and old and beat up. Chain and hook hang from the back like the reaper’s blade – strong and rigid in the hot windy morning.

Lusaka Road. A slender young dude is pushing a wooden cart of sugarcane. Green peelings and short cylindrical pieces of sugarcane pile in the cart. He’s moving towards the truck. His sweat-stained shirt hangs on to him like an insistent lover.

His sleeves are rolled up his arms revealing a popped-out network of veins. He stops by the tow truck and looks at the bustling traffic.

I thought if I looked around I might spot the driver. How do tow truck drivers look like, exactly? I was looking for a guy in overalls. He would be in the company of some other guys in overalls. Mechanics. Car wash. Lube bay.

Our driver would also have veiny hands, sculptured from years of handling metal. He’d have basic knowledge of the inner workings of a car. He’d also be quick in math.

I fancied he knew Mr. Sugarcane. Maybe they’d meet on most mornings, while Mr. Sugarcane was setting off for his rounds. Yesterday the driver had taken a stem of sugarcane and promised to pay the next day. And now he was nowhere to be found.

My parameters were now overalls, taut arms, and the suspicious look of a man who owed sugarcane. His forehead would be sweaty. He would strategically place himself behind one of the mechanics – out of sight from the truck, with an eye out for Mr. Sugarcane.

Then he would hear the squeak of the cart’s wheel and he would become uneasy.

Meanwhile, his pals would be talking about the politics of the country, about how the nation’s leadership seems to be tearing at the seams. They’d make fun of that colleague of who was beaten up by his wife. Then they’d reflect on the perils of the ale.

For a second they’ll stop to stare at the chick coming out of an E-class Mercedes. They’ll watch as she goes into the convenience store. The sway of her hips will do something to their collective loins.

They’ll notice that the truck driver – never shy of a sex joke – will have been quiet through it all. They’d see the distressed look on his face and one of them would ask him, “Iko shida gani?”

The driver would confess that he was hiding from Mr. Sugarcane. That he owes a whole stem and that he didn’t have any cash on him, not today, not this early in the morning. Some of the crew would give him sympathetic shakes of the head but some would be terribly condescending. “Unakula miwa na huwezi lipia?”

The smart-ass of the group would also chime in, “Enyewe utamu ni gharama.”

The group would erupt in laughter and the driver’s cover would be blown.

Here was a man who earned his wages from other people’s misfortunes. Fender benders were his bread. Blinkers were his business. Red triangles filled him with promise.

Now Mr. Sugarcane would see the driver’s overalls from the distance. He would pick up the handles of his cart and barrel down to his debtor, anger swelling up inside him, prepared for a showdown.

Later that day I found myself seated next to a girl. We were seated on a pavement close to her house in New Valley Estate. Not really a pavement but a huge rock, that’s what you get for living in Kitengela. She crossed her legs and her dress rode up her thigh. I was leaning towards her, trying to catch her words, taking in the citrus smell of her skin. During the conversation I could feel the polar tug of my own primal senses pulling my eyes towards the tantalizing thigh.

But as she went on with her narrative I realized my selfishness. She was telling me about her past and I wasn’t paying attention to any of it. Then she reached for the dress and pulled it down a few inches, as though she had sensed my own insensitive nature.

She was telling me about how she ended up living with her uncle. Her dad had passed away. Her mom works abroad. Her uncle muscled his way into the family’s fortunes, a man who doesn’t really give two shits about her. She lives with him now, together with his children – cousins with whom she rarely gets along with.

She hates being at home. There’s not enough happiness there. That’s why she was in school earlier with me that day even though she didn’t have a class.

Her voice clutched at me. Her grief pounded over me in waves; and when the waves washed back I was left looking at the wreck of her situation – so heartsick and empty. She was telling me that I didn’t know how ‘stuck’ felt like. And that I haven’t yet been pushed to contemplate suicide.

Anything I’d have said to her would be lackluster. I remained silent. There was no tow truck service I could call for help. There were no hooks and chains to carry the weight of her misfortunes. And I, a boy with barely any biceps and the attention span of a goldfish, felt terribly unequipped to come to her rescue.

And in a typical dick move, my mind drifted to Aloos.

Aloos walked with a limp. He had a deep hoarse voice, like something you’d hear in a beer ad. He always had a green measuring tape around his neck.

His station was littered with polythene bags and tiny pieces of string.  Piles of coats and trousers and skirts. There was a low wooden bench next to him where customers could sit and wait. Aloos was the best tailor around.

There was always a bunch of old men seated on that bench. Aloos and friends. Wrinkles and walking sticks. Outmoded specs with thin frames. Old man banter. They’d all speak in hushed tones, in Luo, and they cracked lots of bad jokes. Aloos had a soft laugh.

One time, Ol’ Man and I walked over to Aloos. One of my shorts had split at the crotch area. Aloos held it up assessing the damage and after some mental calculation he said that it would only take a few minutes, and that we were welcome to wait. There were two old men seated on the bench.

In the silence that followed, Aloos, ever so skillful and meticulous, wound a piece of string around the sewing machine. Then he slid the shorts under the thing and placed a leg on the foot pedal. The sewing element would strike the fabric in quick steady raps. He would fold the shorts the other way and repeat.

It hit me like a jab. The old men shamelessly chuckled. My Ol’ Man laughed. I was left feeling embarrassed as hell. And I’ve never forgotten the look on Aloos’ face that day, that cheeky grin – the curl of his lips wrapped up in happiness and beauty.

Thoughts of Aloos came flashed through me when – three days later – I was standing next to the aforementioned girl.

Dusk was closing in and I was walking her home. We stopped at a one-storied brick building. The entrance of the building was curtained off. The grills on the windows were shaped like hearts and a pale light came from within; a bluish bulb illuminated the outer wall. I thought I saw movement inside.

The house stood lonely and erect. It sat on the side conspicuously, like the tow truck. I stopped and stared, wondering who it was that lived there.

“Whose house is that?”

“That’s the tailor. Everyone calls him fundi.” She threw me a glance then added, “He’s the only tailor around. He closes shop often to go back to Luo land. His face has many tu-freckles, guys suspect Aids. He’s a very good tailor lakini he’s not good with days.”

“Like, he doesn’t know the days of the week?”

We were now approaching her gate. I looked at her and thought about her, if I could repair her. If I could grab her ends and mend her back together. If I could lean in for a kiss. Would a tender kiss on the lips lift her soul just enough to forget? What length of thread would I need?

A kiss would only linger for so long, though. And then it would be pushed back, reduced to nothing more than a conspicuous element on the sidelines.
—
Follow Mike on Instagram: Mike Muthaka