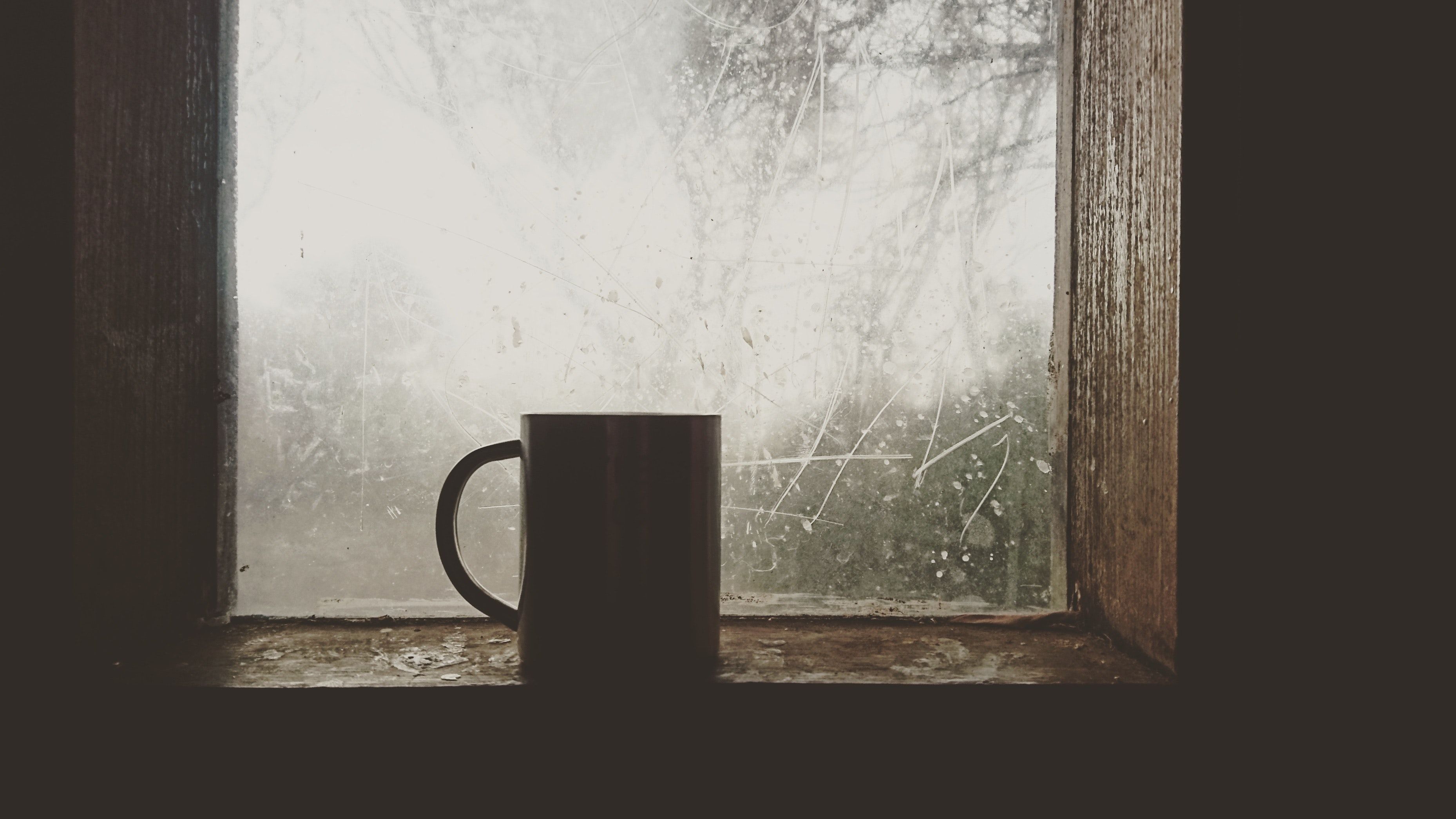 “What are you giving up for Lent?”

“Wait. Are you Catholic?”

I look up to see how the girl would respond. I’m eavesdropping. I’m seated in a booth by the window, they’re seated at the next table. I fancy they’re on a date; it’s Valentine’s Day after all. They both wear specs. He has the thicker frame.

The girl is sporting a black silk scarf. A silver cross shoots out from underneath, hanging around her neck and falling to her breasts.

The boy stares at it and says, “Or that’s not a rosary?”

She reaches for the accessory and runs a hand through it. “No, this is the one for the Lion of Judah.”

“Yeah, the Lion of Judah carries a cross like this one.”

The boy is clearly impressed. He has that you-learn-something-new-everyday look on his face.

“I told you, I’m a Rasta,” she says with a swift warm smile, a smile of self-encouragement, like a victory over her fears. He looks dumbfounded.

I try to look away but her presence is like a magnet and my poles are attracted. I’ve pushed her up the hierarchy of my mind, and then downwards, an erratic counterweight that makes me think of lamps, old flames, and lost loves.

I’m struck by a clinically sharp flash of memory: A girl with a black dress and a golden necklace; soft hands. And then another flash. She has a cigarette between her lips. Her thumb is pressing down on my lighter. Big beautiful eyes. The one that got away. Smoldering end.

I decide I’ll send her a text. I start to mentally craft my message: Hi, Victoria, been a while…can I take you out? No, no, too direct.

I miss you…do you miss me? Ugh, too desperate.

Can I kiss you some time? Just the tip. Too risqué.

Then I’m back at the restaurant. The one at the next table has highlights on her hair – straight and yellow, verging on the raven. She looks like a flower.

Her eyes look sleepy. And it excites me to think maybe she had stayed up late watching the clash between Tottenham and Juventus. (Go Juve!)

The boy has a black cap that covered his entire forehead. Did he watch football too? And what team did he support? Did the couple ever launch into football banter after sex? He looked like a Man-U fan. I imagine they’d be lying in a post-coital haze – her hands playing on his sweaty chest, hearts slowing down, one hour to kick-off.

She’d say, “At least you can still score.”

The restaurant is almost empty – soft utensil tinkles and sparse conversations. It’s a few minutes to 4PM. The pudgy-faced waitress has sauntered back into the kitchen with my order. Fries and a bottle of Sprite.

I turn away and look out the window: at the long low buildings, at the cars in the parking lot simmering in the afternoon heat. I still have one ear cocked towards the next table, now they’re quietly flipping through the menu.

And soon my thoughts go off entirely – to be discovered addressing subversive matters like my life-long fantasy of ferrying Victoria off into the sunset on a bike, and the faulty light bulb in my room.

The thing needs replacing. It only blinks when you switch it on. It’s been that way for all of two months. It powers up with a groan that rattles the ceiling. I can’t stand it. I get by with the lamp on my nightstand – I can put off replacing the bulb for eons.

But on that Valentine’s morning I realized I can’t, not on Wednesdays anyway.

Turns out the new semester has rolled in with an 8AM class, which means, for me to get to class no later than 10 – for me to beat Mombasa Road traffic and preferably get a mat that doesn’t play Maina Kageni – I should wake up at crickey o’clock, get to Kitengela bus stage and set sail, all before the first band of daylight peeks into the horizon.

It was 4:30AM when I hit the lamp switch. The room was immediately soaked with that yellow lamp light, but at that hour the light felt choked. I hadn’t woken up that early since my first year of campus.

My mornings usually start with blue skies and rustling leaves. Gentle sunlight. I swing the windows open whilst still naked. Then I fold up the mosquito net, put on some clothes, take a piss, and go out to feed the chicken.

It’s become a steady routine. The motions, the things I do in the morning before sitting down to write. Or go to school.

But now the sky was black and nothing. I could hear the dawn whispering outside, cold and slow and coming. Never had my bed been so inviting – cuddling and egging me to skip school, if only for the soft warmth underneath.

Even the very act of opening my windows seemed sacrilegious.

Then it occurred to me that this was the second year in a row that I had no mate on Valentine’s Day. And that all the girls I’ve dated have never been big on Valentine’s. Or so they said. I didn’t have any romantic expectations to play to when I was with them. And as I wrapped a towel around my waist, heading into the shower, I thought, Michael, you’re such a lucky sod.

My optimism was thwarted the minute I got to the bus stage, though. I hadn’t carried a sweater. My hands were cold. An icy liquid slapped my face. It was drizzling. I had a flask of coffee in my bag, of which I found to have spilled when I boarded the mat. My books were not soaked much, but I wasn’t sure if my earphones had survived the onslaught.

I was driven to think the day had already gone to the dogs. I felt sad and alone and sleepy and confused. The perfect remedy would obviously be to have a nice meal at a lonely restaurant and to spite the spirit of St. Valentine’s.

But the flower at the next table revived me. The way she clamped down my rough morning and tossed it out the window with her yellow highlights. At some point she let out a squeak of choked laughter, like a naughty school girl – cupping her hands over her mouth. Kwani what had the boy said that was so funny?

There was something about her body frame that made me think of my lamp.

Then I saw the boy had taken his mug off the table. He had it on his lap. He pulled a bottle out of nowhere and emptied colourless liquid into the mug. That’s when I noticed the odd teasing smell of vodka.

The couple had ordered tea and had kept sipping from their mugs the whole time. Was the yellow flower spiking her tea as well?

Once in a while she’d dissolve into hoots of laughter, and I really wanted to know what was so funny, but I couldn’t make out what the boy was saying any more.

He had lolled back on the seat, with something loose in the flatness of his voice. Her gaze was steadied on him. He stared back. And there wouldn’t have been the creak of a chair or the clearing of a throat that would tear them away from each other. Their hearts seemed to be fumbling along the same narrow path. Seeking and finding and clasping.

By and by I started to long for the familiar imprisonment of my bedroom. The dim lights of the city were coming over the long dusk. I ached for a mate, preferably the yellow flower at the next table. Instead I had to endure watching their dreamy stares and whispers. Their faces were goofy and too close together. Her hair bristled and he continued to charm her. A seller of snake oil.

There was a moment when the light went off and I realized there really was nothing for me here. The waitress had long cleared my table. I wanted to be in the presence of my lamp – the splendid yellow light that hangs on my walls, the one that doesn’t have a funny boyfriend, or spike its tea with vodka.

So I tapped out, sliding out of the booth and into the cold beckoning night.
—-
Follow Mike on Instagram: Mike Muthaka