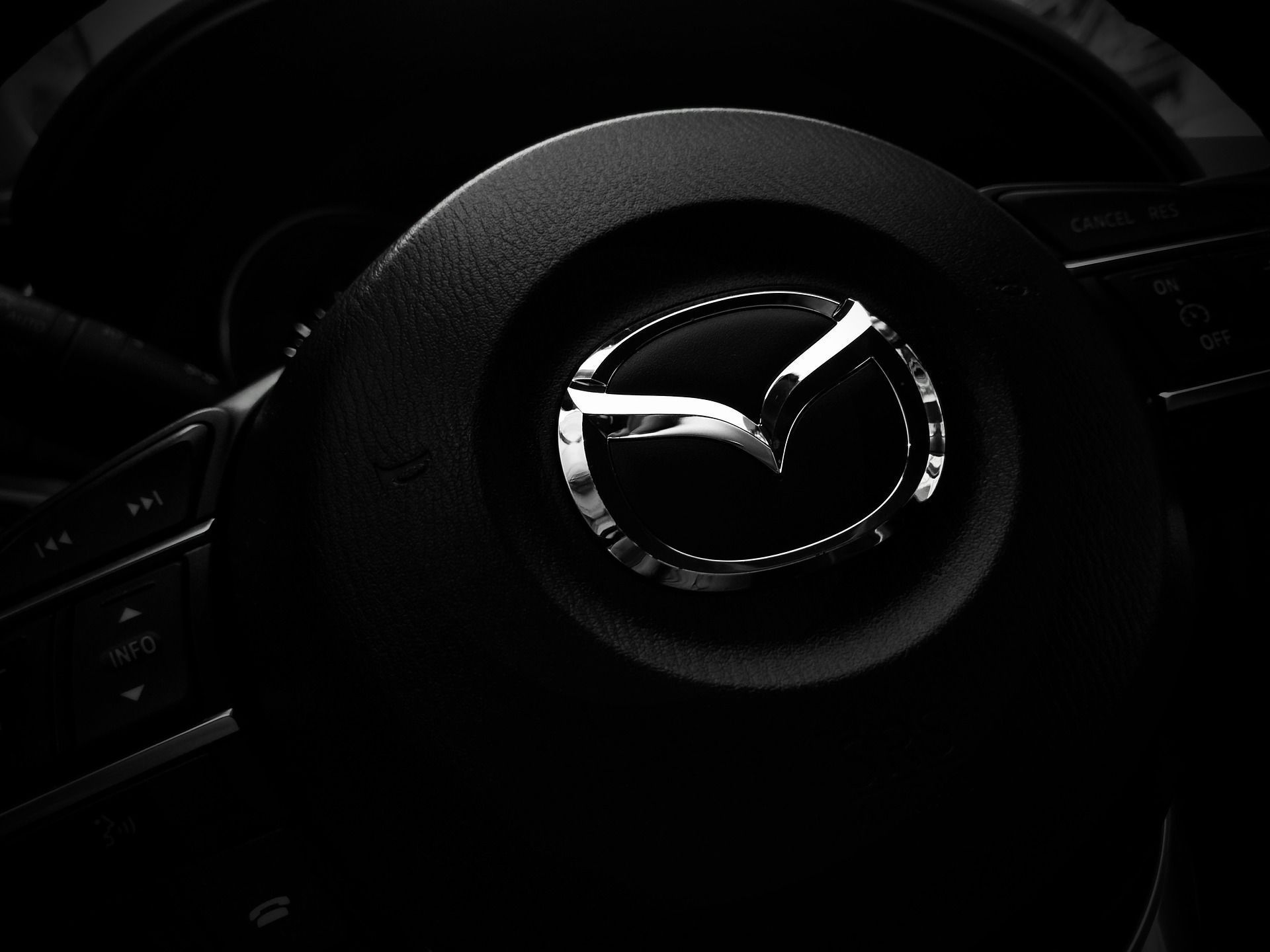 I’m distracted. I’m standing next to a glass cabinet, staring in amazement at the contents. The door of the cabinet is locked. It has a golden keyhole and it opens up to rows of fine china – polished cups, blue-patterned design, tiny kettles and mugs. The thinnest utensils you’ve ever seen.

The price tags are profoundly trouser-troubling. And I wonder at the practicality of it all. Why would anyone want to drink tea from something like this, something that looks like it’ll break just by looking at it? How would you even hold it, assuming you have a KDF on one hand?

I look up at the man behind the desk and say, “Tell me, would you buy these cups?”

He looks up at me, eyebrows raised. “I wouldn’t. I don’t even touch them myself. The slightest pressure will break them.”

“Would your wife buy them?”

“Yeah, I guess. You know girls like that sort of thing, eh? To decorate.” He looks away, then adds, “I avoid them. They’re too brittle.”

His name is Newton. I ask Newton, “What do you do here?”

Newton’s trade is wood. He knows all about it. He can tell you which country a plank of wood comes from, and which one would make a better raft. He can show you the intricacies of the wood paneling and the science behind that small protruding metal on the side of your living room shelf. Newton is a man who knows his wares.

We are at Henry West Furniture along Mombasa Road; his office. After introductions, he asked if I wanted something to drink. “Tea? Coffee?”

He disappears behind the shop. I hear the sloshing of a kitchen sink and the clank of utensils. But the rest of the shop is eerily silent. The heavily carpeted floor swallows every foot fall. A long oak desk sits at the reception – lamp-lit, piled with files and folders.

All around me is wood, shadows, towering pieces of furniture. There are smooth leather-cushioned sofas and shiny coffee tables. Elegant office chairs and cabinets, angular-curved knobs.

The room is dimly lit and filled with rich wood smells – the fresh tang of varnish and turpentine, mysterious and inviting. The light brown walls look like cocoa powder. The smells and the shadows lift my spirit, but only a little.

Ol’ Man is selling the Axela. Newton’s business partner placed a bid. We are here to wrap things up and hand over the keys. It’s a warm Saturday morning, and I can’t believe it has been six months since already.

The car was sexy and grey and sweet smelling. I grew attached to it. Push to start. Low comfy seats. Swift and foxy. It had the front end of a racer and an ass like the moon. A long red AUX cable snaked from the dashboard and I liked to crank up my playlist – plenty of reggae and Kings of Leon.

Sometimes I took the Axela with me to school. The attention was staggering. Heads turned and the guards saluted. Sometimes me and ex-girlfriend would sit and listen to Alternative Rock and make out, going at each other like animals, tinted windows to keep the rest of the world out.

And boy did I love to floor it. Empty roads were fodder for my need for speed. The overdrive button was my friend. The adrenaline saturated me to the core. There were times when, on the highway, blown sand would hit the windows and the fuel light would come on and I didn’t mind because I felt like I was flying.

But now all those moments are in a different past. One I aren’t a part. Who was that reckless boy? Why did the attention excite him so much? I feel like time has slipped from under me in drifts, and I’m only left with static and screeching memories.

And as I stand next to the fine china at Henry West Furniture, I remember the last Kings of Leon lyrics I heard in the Axela, on a Sunday, weeks back:

Drove a little slick car to tend bar
With the static on her brain
She’s a little burner, burner, gonna throw you to the flame
Little ticking time bomb, time bomb, gonna blow us all away

It’s a slow Sunday afternoon when I find myself parked on the shoulder of a road I’m not familiar with. My blinkers are on and I’m waiting to pick up a girl who, up to that point, I thought I had a thing for. Our phone conversation earlier had gone something like:

“I was wondering if we could go for another drive today.”

“There’s football bana. Besides, I don’t even have fuel money. Unless…”

Turns out things with her boyfriend had gone tits up. She broke it off. She felt like he was taking her for granted. Two years worth of relationship had gone down to the pits; would I give her an ear to vent?

At about 2, I’m at the tail end of a row of parked cars, outside a roadside kiosk – bicycle repair man; kinyozi and butchery with clean white walls. It’s a hot day and the sky is bright and blue and the road is dusty. I sit in the car and thought about nothing.

Some guy gets into the car in front of mine (not a Toyota, incidentally) and drives away. And I’m suddenly looking at a long pair of legs. One hand is on her waist, akimbo. Her pants are tight against her body and her panty-line is showing. Geez, I wonder, did she go to church like that?

She’s facing the opposite direction, all glitter and gloss, right behind a white Mazda Axela. Her standing stance suggests impatience – she glances at her wristwatch and looks in every direction, like she’s unsettled.

I don’t know where to look. On one hand I’m driving this beauty with an ass like the moon and on the other is a faceless siren who’s teasing my attention with the fabric of her underwear.

I fancy she’s waiting for someone, and that it’s all getting under her skin; what with the sun and dust and all. She shifts her body weight to the other leg, then takes out her phone from her purse, dials and puts it against her ear for a few seconds. No answer, I imagine. The number you’re calling has been switched off. We have notified them… Samahani, mteja wa nambari uliopiga…

Meanwhile, I’m boiling in the car seat, waiting for a girl I have absolutely no chance with and who, up to that point, is still contemplating patching things up with the boyfriend. I can’t just drop in to her place with my fancy boots and hope to lasso her in. It doesn’t really work like that, not with this one, at least.

I know I don’t love her, though. This is a game I played for some stakes: I’d take her on random weekend drives and say things and listen to her. Now I’m gambling to get out of what is quickly beginning to feel like a friend zone.

From the butchery, a man emerges carrying a tin-foiled bag of meat. He’s tall and bulky, with a wild beard and a care-free walking style. He carries that meat like it’s nothing. His jacket zipper is open and he is coming around the Axela.

The faceless siren is already standing by the passenger door, just about to lose it.

The guy reaches into his pocket and the Mazda’s blinkers blink. They get in. Passenger door closes faster – and louder – than driver’s door. I wonder what will happen once they are alone. Certainly they wouldn’t be going at each other like animals. Would he apologize?

“Have you waited long? Sorry. That butcher was slow.”

“You’re sure it wasn’t that cashier chic you were chatting up?”

“Who? Oh her? No, she just wanted to know if I had a long AUX cable.” He’d chuckle at his own joke as the Axela climbs back onto the tarmac.

Or maybe she’d give him the silent treatment because she obviously isn’t in the mood for conversation.

Back at Henry West Furniture, Kings of Leon plays in my head yet again: She’s a little ticking time bomb, time bomb, gonna blow us all away.