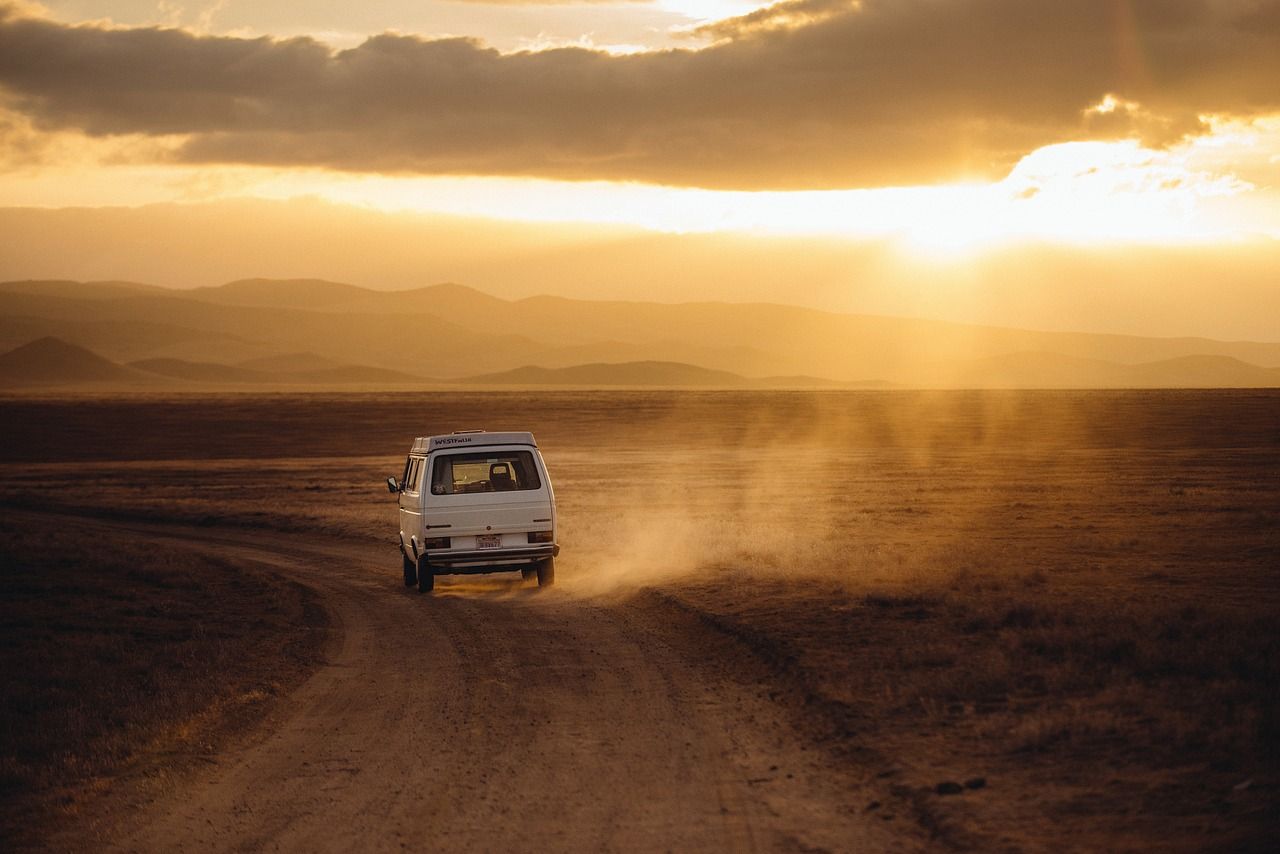 My first real kiss came from the girl next door. Tongue and all. She was a year older than I and their fence was a brick wall. Her mom’s plants climbed that wall, clasping on the way –its twigs and tendons like sinewy old arms. Her saliva tasted like happiness.

It went by the name of Uhuru Estate. And at some point during my puberty the council erected a floodlight on the corner of the playground. The curfew at home was lifted. Boys and girls came out to play. The floodlight –radiant and glowing orange- would come on promptly at 6pm –along with the smell of mutura and bhajia.

There were numerous butcheries in Uhuru, equaled only by the number of pubs. Most of them dabbled. It all depended on which side of the building you entered from. The hottest joint was Club 227. The bar music would blare well into the night. Football weekends were particularly loud. Cars would pile in the parking lot. Think: beer, polo shirts, and guttural cheering.

Some nights we’d hear screaming, or gunshots, or both. There was always something happening in Uhuru. Scandals and gossip ran high. And it seemed every other jobless youth was high.

But perhaps what I liked most about Uhuru – other than the girl next door, of course – was that everything was nearby. There were tons of kiosks. Mama Mbogas were everywhere, never short of chatter.

There were salons and barbers, and one very popular bicycle-repair man. There was a dhobi and a ‘fundi wa saa’. There was pasua, too – fries pocketed into a mandazi. Salad on the side. And in a very vague sense, it seemed, everyone knew everyone.  Not to say that everyone was friends.

And then all of that vanished the day we moved house.

As we were throwing our things into the back of a lorry I was, naturally, a bit sad. It wasn’t like some Dickens novel. It wasn’t like Great Expectations. It wasn’t like I was Pip and that I was excited about the prospect of upping sticks and moving to a faraway place.

And, unlike Pip, I knew what to expect. I knew we would be moving to a house standing in the middle of nowhere. Kitengela interior. No man’s land. We wouldn’t have neighbours. How the hell were we supposed to live without neighbours?

Home was synonymous with neighbours. Home was a bright orange floodlight and chaotic pubs. Home was pasua and gunshots and the bicycle repair man. Home was Uhuru. It was a brick wall with twigs and tendons.

So my first reaction was to hate the new place. It didn’t even have streetlights for chrissakes (still doesn’t).

Ours was now the plains – dry country. And, all around, pale yellow grass – sticks and thorns and dusty footpaths. Home was now a vast empty space of shrubs. It looked like a distant savage lair – a place removed. Alien. Away from everything else in the world.

The house is seconds away from the highway. Namanga Road. The wind would rush over and arch the trees in the verandah. The leaves would rustle and whistle. Big trucks would rattle the ceiling as they sped past. The new compound was spacious but it only served to emphasize the distance.

I couldn’t care less about aesthetics. I thought my new bedroom had a bored, sleepy look. The walls felt bare and lifeless, probably because there wasn’t a girl next door.

The days were long and raw and hot. It was terribly lonely and the feeble mobile signal was the only thing that kept me away from total darkness. It was quiet; the silence only punctuated by the sound of those trucks on the highway.

The nights were cold and ominous. The stars sat low and at around midnight we’d hear the hysterical cries of what was, for all intents and purposes, a hyena.

There was a seasonal stream a little ways down the road – bed rocks sticking above the water surface. Sometimes I went and sat by that stream and wallowed in the loneliness, contemplating whether I should start writing down my thoughts. Start a blog maybe.

Fast forward to four years later, and I’m standing on the threshold of the gate. Much has changed. It’s less thorny. Greener. Budding trees.

It’s a warm Friday in December and the sun is dipping behind the highway – a big orange ball falling behind eraser-smudged clouds. It was that beautiful sunset that did it for me, really. My view of that road has, however, remained the same.

We have neighbours now, well, sort of.

There’s a bakery to the left. It’s a 24-hour factory and the smell of freshly baked bread is ever-wafting. In the evening a bunch of lorries pull up, ready for the long haul. The night shift boys come in with backpacks and hard faces –ready for the long haul too. At night you can hear them loading up the Lorries. Machine clanks. Baking, slicing, and packaging. Intruding echoes that go on until 2AM.

In my fancies I see those boys during break time. I see two of them leaning against a wall and chewing some fat. One of them would be like,

And the other one would chuckle and say, “Si nilikuwa Nairobi. Lazima ningeona baba akiapishwa.”

What follows then would be a complete dissection of the political weather down to the core – the cost of living.

Another one will have walked a distance away to have his second smoke of the evening. His mind would wander over to his girlfriend. Two years they’ve been together. She doesn’t mind that he’s just a factory worker. She thinks he’s the funniest person in the world. He loves that unhinged laugh of hers. He hears it in the windy darkness.

And then he hears a snap coming from the bush. Something’s a’ stirring. Through the smoky haze he thinks he sees green goblets fixed upon him. He had heard some crazy hyena stories but he’s never really seen one. He starts to walk back, by and by extending his stride. He can hear his pals from beyond the wall.

Meanwhile he can already picture himself getting ravaged by a hyena. He can feel it in his legs. His chest is beating like a drum.  He makes it to the gate and shuts it immediately, attracting the attention of the other workers.

What follows then would be an exaggerated story about how he came face to face with a hyena. The same would be rehashed to his girlfriend in the morning.

And then there’s the house on the right. Only one side of the fence is walled, the rest is just a low hedge. It always seems so shut up, that house, the curtains are always drawn.

One morning I stepped out and saw a lady brushing her teeth in the compound. Her hair was in a bun. She had some kind of night dress and it was windy and I thought it must have felt really nice to brush her teeth in the open like that.

Someone would be driving down the highway and they would see her brushing her teeth. Her dress fluttering in the wind. A fleeting image of her pearly whites. Maybe they’d also see me standing at the gate – ogling at her. And then they’d conclude that those crazy hyena stories weren’t so crazy after all.

Whenever I come home at night I see light coming from one window of the house. And I wonder what she’s doing in there. I wonder how her living room looks like. Looking at that house gives me the sense that it would be like stepping into a cave.

But if it’s a Friday evening it means I’ve just submitted my weekly Dusty Rugs story. Deadline beaten to a pulp. I usually write on the day on the deadline, and when the story is done and dusted, when the last of the adrenaline is still sipping out and I’m recovering from an intense admixture of determined concentration and stilled anxiety, I like to watch that sunset.

It’s strange how I initially felt imprisoned by this place. I felt like I was looking at a photograph now –a bounded portion of an unreachable past. It saddened me to think that there was a time when, feeling lost, I smoked lots of cigarettes and missed the beauty of it all in a nicotine buzz.

On those days I didn’t quite notice the peacefulness of it. I missed the light misty mornings and the crisp afternoons. I didn’t see the sparrows that hop about our fence and I made nothing of the full moons that shone through my bedroom window. I forgot how the sunset made me feel and I didn’t think for a minute that all these would one day aid my writing.

But that sunset brought everything back. It was like looking into nature’s own bounty box. It all came back to me and I realized that I may as well be looking at God’s own painting. It was simply breathtaking.

And if only to know how it feels, I contemplated going back in to fetch my toothbrush.
—
Florence Bett is away. Follow Mike on Instagram: Mike Muthaka