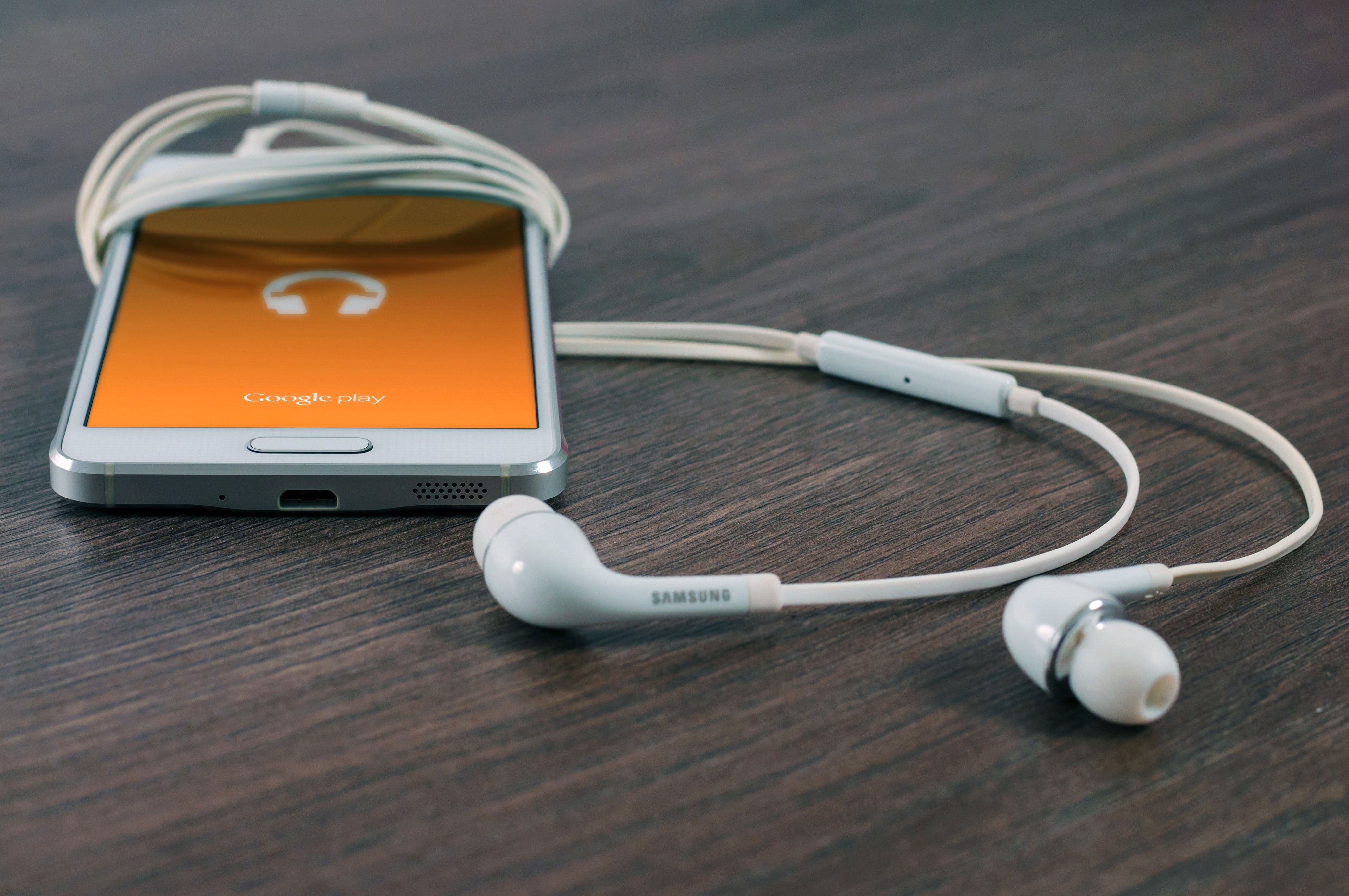 When my boss signed off my leave application in December, giving me a rest for 13 working days plus the weekends and public holidays, making it a total of 22 days, I can bet my vampire teeth he didn’t think I’d end up on Tinder.

I could see him picturing me buy an overpriced Gaaga bus ticket – the effect of the festive season – to my hometown, Pakwach. I’d have no option but pay. My ancestors would be calling me to go check on them so fussing about ticket prices wouldn’t make any sense to them. Besides, December payment came in early. I could handle the bus fare. Of that, he was confident.

He probably thought I’d head to Arua Park with a heavy travel case with clothes I’d later give to the young men in my village, a 5-litre jerry can of cooking oil, 5 kilos of rice,  10 kilos of sugar and a box of soap, all bought from Kikuubo, Kampala’s business hub. These would be placed in the boot of the bus taking space I’d have to pay for. I’d also buy 5 loaves of bread from Hot Loaf and no fish. There would be no fish because – let’s face it – who takes fish to their home when their home is fed by the contents of River Nile? It would be an insult to my people.

I’d step in this Gaaga bus departing for Pakwach at 10. 00AM and sit on a maroon chair next to the window. A woman carrying a baby wearing a hat woven from green cotton crochet threads would sit next to me. Ella, the name of her baby. I’d adjust my seat to rest my back and we would set off, baby Ella smiling, stretching her hands to pull my goatee, drooling as if I have her milk. Said woman would smile too. But she wouldn’t look at me.

We would drive past the swampy environs of Bwaise, passing by the Agricultural Research Laboratories in Kawanda with their improved varieties of mangoes and matooke lining the fence.

In Luwero, I’d look out the window and watch people sell pineapples and water melons. I’d watch Ella sleep off in her mum’s arms and I’d also doze off. The bus would stop in Kafu and I’d wake up, open my window and buy roast cassava, two chicken thighs and two Fanta sodas. One for Mama Ella and one for me. Come on, that wouldn’t be interpreted as making a pass at her, would it?

We would continue the drive and cross River Nile at the Karuma bridge, watching the wild waters of Murchison Falls fighting with rocks and foaming up. I’d leave the window ajar for Mama Ella to show her baby the gift of nature. Our arms would touch, slightly, and we would pretend it didn’t happen.

There’d be monkeys with pink butts at the sides of the road waiting for people to throw bananas to them, a sign we are entering Murchison Falls National Park.

We would reach a junction, one route heading to Gulu and the other, to West Nile. We would take the left turn, going to West Nile, where Pakwach basks at the bank of the river. Baby Ella would see elephants and giraffes. She’d point at the Uganda kobs and antelopes and the brown grass suffering from the extreme burn of the sun. Then we would drive across the imposing steel structure, the Pakwach bridge, crossing River Nile the second time. And seven hours later, at about 5:00PM, I’d be home.

Back to my roots, welcomed with a plate of unang nang and later, for dinner, Angara, our most prized fish.

But none of that happened.

Instead, I stayed in Kampala, downloaded the Tinder app off my Google Play Store and created an account.

I didn’t get a warning on what might happen or what to expect. There was no introduction. No manual. No heads-up from anyone. Certainly, there were no how-to’s. Nothing. I haven’t met anyone who has openly declared they are on Tinder. It seems like one of those secrets people keep in their spleens. But hey, here I was, immersing myself in this thing, trying to figure it out.

Is it a platform for single people to find love? A dating app? Or Is it a hide out for hook-ups? I needed to know.

I put up a picture of me but later decided otherwise. I took it down and uploaded a joke. It is a conversation between two chickens on a farm.

“Be reasonable, Frank. If he wanted us dead, why would he feed us so much?!”

And Frank, wearing a fedora and holding his suitcase is matching away from the death by knife looming ahead of his dwanzie friends.

And I wrote a bio too. Said I’m an impulse buyer of books and whatnot.

Then I got my first match.

For you who is not on Tinder, a match happens when both you and the other person swipe right on your profiles. You can either swipe right or tap the green heart at the bottom of your screen. It shows you like the other person. When both of you have “liked” each other, Tinder opens up your inboxes to start a conversation.

So, because I don’t have a profile picture, I initially opted to swipe right on women who had no pictures too. That way, I believed, we would be an instant match by the fact that we were both keeping our faces in the dark.

I later dropped that idea because men are visual creatures and the last two weeks, I’ve been swiping right on women with or without a profile picture. It doesn’t matter. Tinder is the place where all potatoes live.

She was faceless, my first match, and went by an alias. And I liked it. I knew, with a hidden identity, she might be freer to share her stories and talk. Our chats were measured. I swear, I didn’t flirt. I kept it casual and clean, polite. I didn’t want to seem like a hungry lion out there waiting to hunt down an antelope. I typed out my number and sent it to her. We WhatsApped, played a few question-answer games. I called her. We talked. We spoke some more and learnt we had (almost) met before, about a decade ago, in high school. We have mutual friends. She’s a prayerful woman with a large heart, from what I gathered.

We haven’t met. Yet.

The settings tab allows you control over whose profiles may appear on your dashboard. I set a radius of one hundred miles and the age range of 18 to 38. All I’m saying is, my other match was 18 years old. I know. Should I give you some water?

She’s on vacation, fresh out of high school, sleeping like a hibernating craze during the day and swiping away on Tinder whenever she wants. Her name is Queen. I called her, “Your Royal Majesty.” She’d giggle at that title. I kept it going for two days and realized I shouldn’t play with the heart of a young girl.

Two matches froze me out. One was 21 and the other 23. Both had no profile pictures. I said a hearty “Hi” with other poetic words and they responded with the sound of silence. My greeting felt like a rejected tomato.

Two others unmatched me manually. One of them was 31. We had a match, like the lock of hands. She travelled upcountry for a weekend, so she said, and when she got back, probably after a meeting with her aunty under the veranda of her hut, she thought I was a sick douche wasting her time.

The other, 25, said I’d have no chance with her if I was a dwarf. I told her I was one and she agreed to a blind date. Girls are fickle, hehhe, so fickle.

I have sporadic chats with Barbara. She met her boyfriend on Tinder.

Feli is on and off. I can’t seem to string a line of chats with her.

But there’s this particular match that has made my Tinder escapade thrilling. Her name has three consonants. Yeah. Zero vowels in it. She is mad-crazy-insane entertaining. She’s crisp and watches her grammar like it’s a baby, like baby Ella. She uses words like, “ergo” and “inter alia” in regular conversation. She wears no gloves and is a free spirit.

She tells me she’s always bored, cracks a joke within a blink, isn’t scared to use a cuss word in the middle of a sentence. We even had a shit-hole joke. I started feeling like I needed to keep up my pace with her, so much pulling and pushing. Arguments and counter arguments.

She has some dark humor too. She once asked, “Would you be able to pay for your funeral if you died today?” See that? And she keeps her cards close to her chest, doesn’t let out too much info. Keeps you guessing.

I discovered I was in trouble when I started looking forward to her texts. It was not supposed to reach this point this early in my immersion. But look what Tinder got me in. See what it has done to me. I’m in shit. I’m whipped.