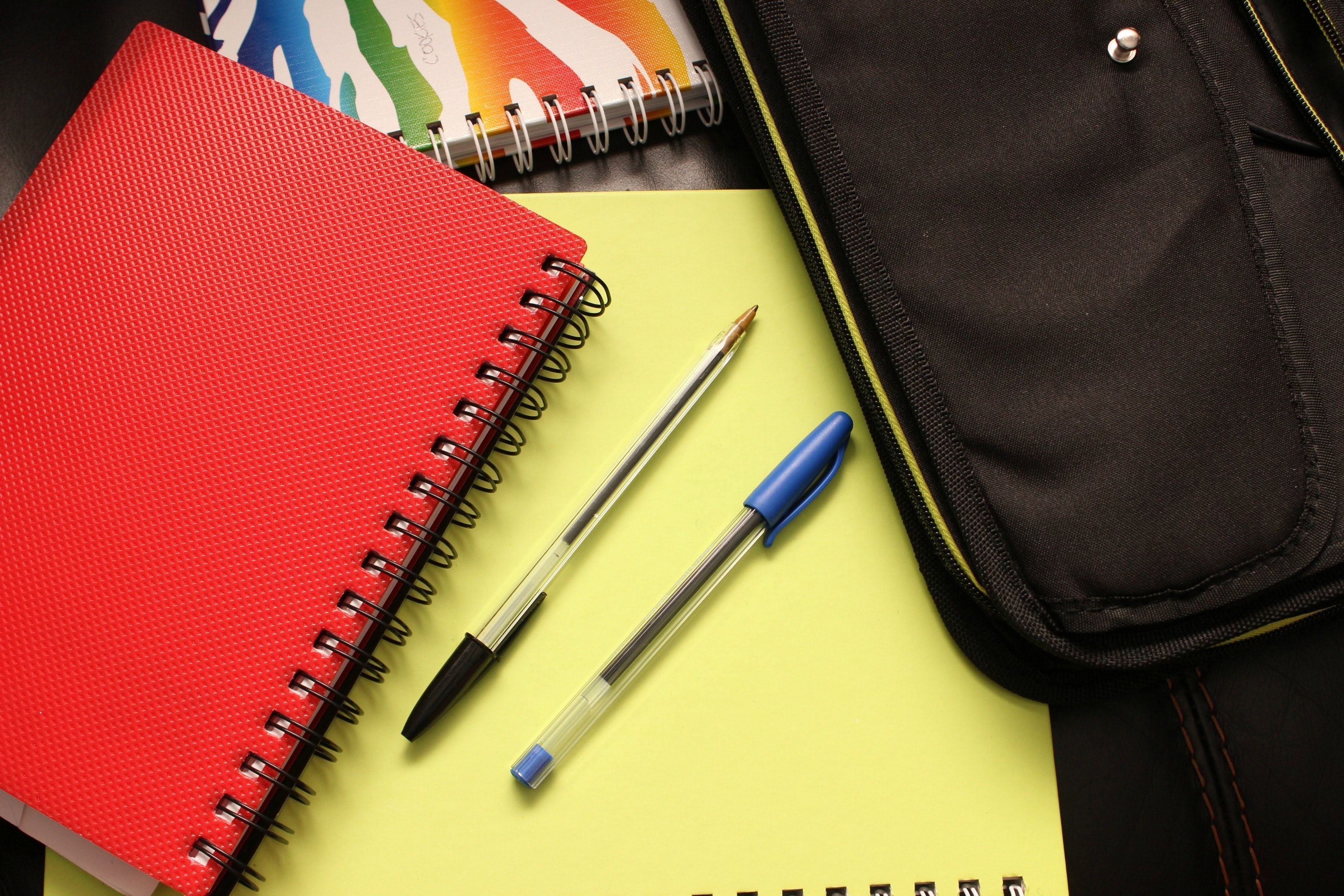 Part 1: Me. Tuesday
The lady behind the cafeteria at school is called Linet. She sits behind the counter in her yellow uniform, and she’s my go-to when I want a cup of coffee. Always black. Three sugars. Her eyes are ever-smiling, with a joke always dangling on the tip of her tongue. Sometimes, out of her big warm heart, she puts my coffee on the house.

I have about ten minutes to spare before class that morning. A giant dark cloud sits on the sky and all I need is Linet’s sweet cup of joe, lest the lecturer puts me to sleep.

I’m leaning my elbows on the counter chewing some fat with Linet when she looks over my shoulder. Her mind has wandered away. She asks, “Leo ni Tuesday?”

She turns around without a word and disappears into the kitchen. She comes back seconds later and resumes our chat like she never left.

She slides the cup across the surface and into my welcoming palm. As I turn away I get startled by a figure behind me. A figure in a black sweater.

I mumble a quick “it’s okay,” and find a table at the corner.

The black sweater – a thirtyish-year-old woman with moist lips — says a friendly hello to Linet. She orders tea and says something else to Linet that I don’t quite catch. And Linet says, “Ndio nimeweka sai.”

Black sweater sits two tables away from me. She pulls out her phone and immerses herself into the gadget. She doesn’t notice that I’ve been staring – all the while trying to remember who she reminded me of. There is something about the shape of her upper body… I don’t know, but I can’t be certain because it’s tucked safely away behind the sweater.

Five minutes to class time. My coffee has cooled and I’m taking it in gulps. I’m praying for the earth to swallow me for the next three hours so I wouldn’t have to sit through class. I could instead just sit here and try to remember who this woman reminds me of.

Linet emerges from behind the counter carrying an egg on a plate. A boiled egg is my guess. Black sweater looks up for the first time since she sat down. The plate is placed next to her untouched cup of tea.

Linet saunters back to the kitchen and Black Sweater puts away her phone.

There’s only a bit of coffee left in my cup now. I’m in no hurry. I decide to stay and watch her eat the egg. The last time I had had a boiled egg must have been in high school, I want to see how she will peel it.

She gingerly picks up the egg and what she does next makes something catch in my throat: She rolls the egg on the table with her hand and it cracks all over, I almost stand up and go over to shake her hand.

That was exactly how we used to peel eggs back in high school. If you did it with the right amount of force you could tear the shell off in one swift motion.

She takes a bite and half of the egg is gone. The yolk looks like a rock of sulphur. She chews slowly. I imagine the egg white crushing under her teeth, the rubbery yolk turning the egg into a leathery ball.

I still can’t remember who this woman reminds me of. Damn it! It doesn’t matter how long I stare. And I can’t just walk up to her and ask her where I might have seen her before. Not only is it the oldest trick in the book, but it would also be rude to interrupt an egg moment.

Finally, defeated, I sip the last of my coffee and go to class.

Her face flashes through my mind for the next few hours and it came along with a smooth egg.

Part 2: Egg face. Next Monday
She squeezes her blue BMW into the parking lot. She’s relieved that she got the spot under the tree shade for the first time. Fallen dried up leaves crackle beneath the front wheel. After taking the key off the ignition she opens the door and reaches for her laptop bag on the passenger seat as she sticks a leg out. Her heel soundlessly lands on the ground.

She climbs out and checks to see if she might have forgotten anything. She hasn’t. She swings the bag on her shoulder, closes the door, and heads for the classroom. She has one year left to wrap up her Master’s.

The shortest route would be to go behind the library and come out the other side. So she leisurely walks towards the building as she contemplates surprising Linet. She sure craves a boiled egg today.

Moments before that, a boy with disheveled hair and much disregard for school has decided to use the same route. She bumps into him at the corner and the boy’s face seems to brighten, as if he has remembered something.

She says a quick hello to him and walks on. It’s the same boy who couldn’t stop staring at her last week, when she was at the cafeteria. So rude of him, she thinks to herself, getting in the way of an egg moment like that.

Behind her, the boy has stopped in his tracks.

She turns around and sees the triumphant smile on his face.

Part 3: You. High school
You hear her voice echoing in the depths of your sleep. It’s like a monster has crawled into your dream and you have to get away. Your curtains pry apart and you catch a sliver of the moon outside. The monster is still there, but it’s in the form of a stocky woman standing at the door. The monster carries a stick. A big stick.

“Wewe, wewe, wewe,” she shouts as she bangs on your dormitory door, three successive bangs.

The noise is terribly explosive. You constantly wonder why she has to be so loud. You wonder where she finds the energy at 4 in the morning. She’s the only female teacher who dares to come close to the dorms.

You spring off your bed cursing under your breath. You make a mental note – that for the rest of the week you’ll sleep in your pants to save time. She’s the teacher on duty and you have to be seated in class in ten minutes, otherwise that stick will land on your back. You thought you’d have it easier in Form three, but what do you know?

As you walk out into the frozen dawn air of Maragua, she’ll be standing by the door. Her body seems to be hunched over itself. She’s short and has muscular arms that seem to spell the word ‘dumbbell’. Word around the school is that she was in the army before she became a teacher.

She takes you for Kiswahili. And it seems she’s completely unable to speak in a lower volume, during class her voice floats over the entire academic block. That voice is like a freshly banged fist on the table. No matter how sleepy you are you didn’t give in; otherwise she will be upon you with a battalion of slaps.

She’s a real barrel of a woman. But there is no denying that she’s a good teacher. You rarely forget her instruction and, perhaps even more rare, is seeing her laugh. Once in a while someone will crack a joke in class and her face will take a sublimely happy aspect, and it’s in those rare moments that you think she looks most beautiful.

She likes to say ‘bila shaka’ a lot. And that’s what you and your classmates christen her: Bila Shaka.

Every time she comes to class you wonder if she has kids. And you wonder about the father of those kids. Is she as dominant in bed as she is in class? Does she tell him what to do? Is she even capable of moaning? (“Aaah, ah, bila shaka. aah.”) How does it feel, exactly, to revel in the comfort of her solid body and square shoulders? What about her squat frame, does he find that wildly pleasurable and sexy? Is he as stocky, tall maybe? How does this height thing play into their positions?

Everyone agrees that she’s a bit on the manly side, so you can’t tell anyone about your risque thoughts – you are allowed to be scared of her, but you don’t regard Bila Shaka in that way.

You didn’t think about her much after high school.

Part 4: Me. Next Monday
I didn’t think about my Kiswahili teacher much after high school. Well, up until I see Egg face for the second time Monday, when I bump into her on my way back to class from the cafeteria.