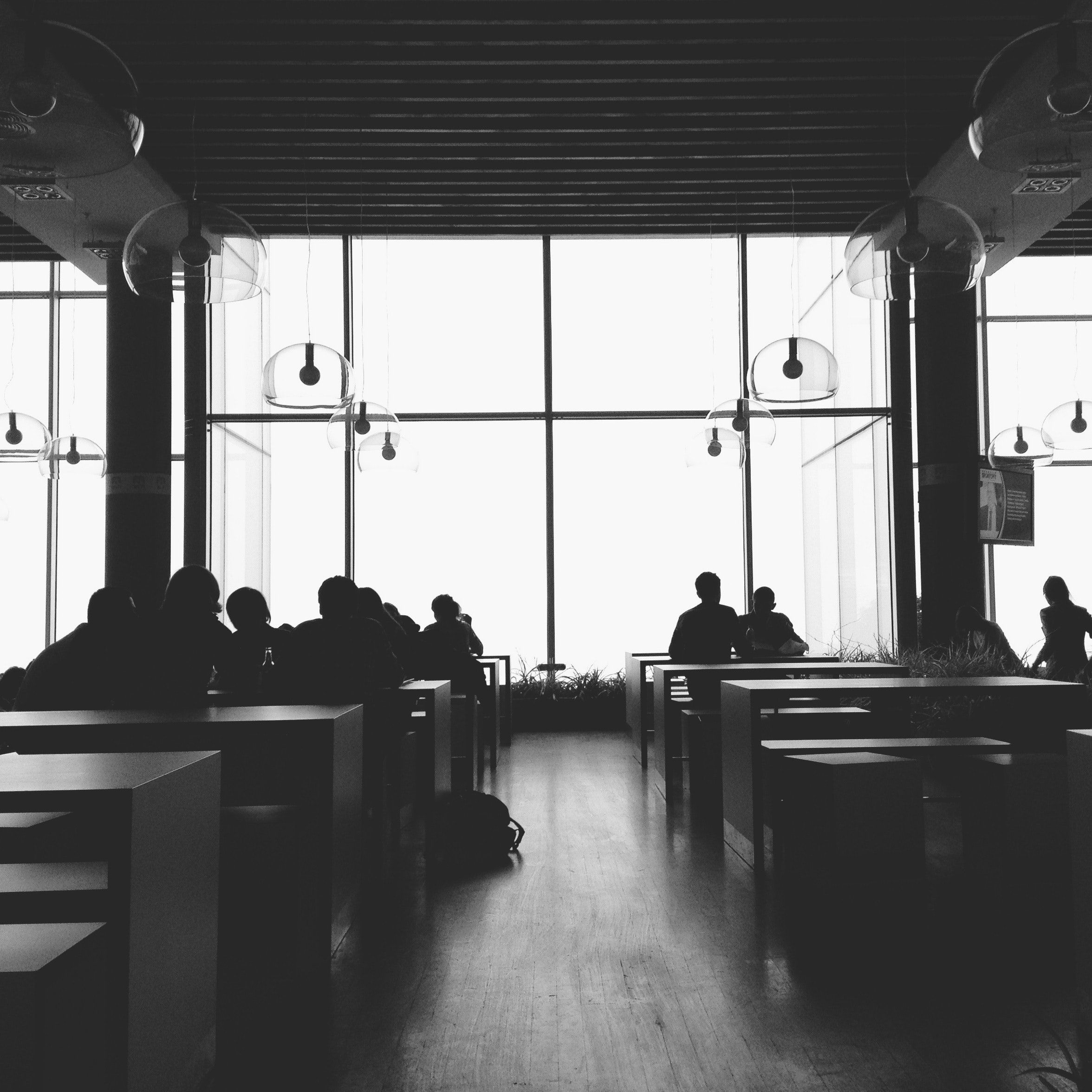 BY MIKE MUTHAKA
[Editor’s notes: Mike’s initial titles to this story, ‘Even the crow is a hero’. Then, ‘The Flightless Hero.’ I scratched them both and made my own attempts. First, ‘Superman’. Then, ‘Superman, without the Cape’. All these titles sucked major pipe so I settled for what we have now. Which, thinking about it, is really without colour. Hahaa. I’m sorry, Mike.]

The conversation around me was coated with gallantry – booze and girls and Snapchat. All I had learnt so far was the drinking pattern of the loudest one there. Mr. Mouth. He was wearing dark shades, never mind that it was 9 o’clock in the morning and the sun hadn’t come out properly. He was telling us of a party that went down over the weekend.

My class had ended earlier than usual. I had time on my hands before the next class and I thought I’d find a girl to flirt with meantime. But I wasn’t really in the mood. And as it was Monday morning and in a school like mine, it’s likely that the girl I’d pick would also be hung-over because she was at the same party as Mr. Mouth. But I couldn’t have known that because I’m not on Snapchat.

So I settled for this group. Four guys. We were seated on a bench under a tree. The sky was clear. Dry leaves were scattered on the ground and the seat was cold and my back was at an awkward angle. Apart from the soft breeze that brushed against my face, I struggled to find a reason why I’d sit there a minute longer.

There was a crow perched atop the school’s main building and I envied that crow because it didn’t have to listen to this mouthy fellow. I wondered about its view from up there, with the city sprawled out below. The bird flapped its wings and effortlessly glided towards us with a little turbulence. It landed on a branch above us.

As Mr. Mouth went on listing the name of the bottles he had imbibed the crow cawed. And I thought, I know right? (Major eye roll.)

[Editor’s WhatsApp chats with Mike as this story was being edited:

“Mike, what bottles do you millennials imbibe over the weekend?”

“Depends, where do they live? Hahaa.”

“Kenya Cane! I also loved KC when I was in campo. It always went down smooth.” Pause. “KC, what else?”

Mike is typing. “Gilbey’s. Is that the spelling?”

“A drunkard would only know how to pronounce it, not to spell it. Tihihhi.” Bett is typing. “What about Blue Moon?”

“For the millennials at least. Wait, did I write something about drinking?”

“Yeah. Mr Mouth. The story about The Flightless Hero.”

“Ooohh. That one gave me trouble.”

Bett is offline. Mike is online then goes offline then comes back online again. It’s 10.16AM.

“Nah. I’m boycotting with the rest of them.”

“Here and there.” Mike exasperates with an eye-roll emoji. “Mara we’re told not to go then now I hear people are in class. Such pussies. Hahaa.”

“Hahha. Where are you now? Are you one of these pussies?”

Bett goes offline, and back to editing this story.]

As Mr. Mouth went on listing the name of the bottles he had imbibed – KC, Gilbey’s – the crow cawed. And I thought, I know right? (Major eye roll.)

Just then, a girl in thigh-high boots came out of the building. She had a piercing below her lower lip and she walked with careful steps, like she was afraid to puncture the earth with her heels. Her lips were sardonic, smeared with red lipstick and all the seriousness of the world. She had big bouncy breasts and I imagined cupping all that flesh in my palm. The crow must have been excited too because it cawed twice more.

[Editor’s notes: Is it just me or is Mike constantly thinking about cupping breasts? Tihiihi.]

An extrapolated silence fell over the bench. The mouthy one stared for a bit longer than everyone else, and I wanted to see behind those sunglasses. To see what emotion this girl had stirred in him. The girl was beautiful, no doubt, but my attention had been caught from the corner of my eye by a blue passing object.

I turned to see a boy in a Superman T-shirt walking across the compound. His hair was parted at the side and the blue T-shirt hung loosely over his frame. The letter ‘S’ on his chest made it unmistakable. Yap, it was definitely Superman! The sight of that tee sent me hurtling back to my kindergarten days.

The first Superman film I watched was Superman III. We had it on VCD and I remember wondering why they couldn’t just fit the whole thing into one disc. The movie would stop half way through and you had removed Disc A from the VCD to insert Disc B. The visual effects were weak and Superman’s whoosh sounded ridiculous. Clark Kent was played by Christopher Reeve. And even at that age I thought Superman had really nice jaws.

I watched that movie many times. I’d watch it in the morning before school, and I’d watch it when I got back home. Sometimes I’d start off with Disc B just for the hell of it. I didn’t understand much of what the actors were saying, of course, but I was always excited when Superman came on screen.

I especially liked how he’d stretch out his fists as he flew. And at the end of the movie Superman would fly into the sky and the theme music would play and the credits would roll. I’d sing along and run around the house with my arms stretched in front of me. That theme song has been echoing in my head ever since.

I wanted to be Superman. And I wanted a red cape even more. So what I did, I went into the kitchen and poked my head around some cabinets until I found a large yellow plastic bag. It wasn’t red, but it would do.

Then I put my hands into the handles and wore the thing like a vest so that it hung on my back. Whenever I’d run the jualaa would flap upwards and it made me feel like I was flying.

I looked up at the crow and caught it just as it was flying away. I suddenly felt an inexplicable sadness, not least because Mr. Mouth had restarted his tales. I wanted to fly away too, away from Mr. Mouth. Maybe I could go after the crow and see where it was headed. Or maybe it had wanted to see some more of that girl’s breasts.

Later, at lunch, I was seated at Jus’ Chicken waiting for my food when Superman came in. A Superman. Almost all the tables were taken and he sat across from me. He had spit-shine shoes and an elegant timepiece tied to his wrist. His face wasn’t as radiant, though, he seemed to be lost in thought. There was a glint of sadness in his eyes. What a sad man, I thought.

Two chicks sat two tables away. One of them had caked her face with foundation and the other one – the plumper of the two – didn’t put her legs together, her short skirt notwithstanding. Stretch marks lined the insides of her chunky thighs. The next table had six people. They looked like they were talking biashara. And the restaurant cat – a kitten with greenish eyes – was clawing at the ground.

I watched Sad Man for a long moment, wondering what made him so unhappy. When his food arrived (chips masala, chicken, and a Coke), he looked down at it like it was from Hell’s Kitchen. I thought maybe he was distracted by those chunky thighs but he didn’t seem to notice much of his surroundings.

I wondered how he ended up at that restaurant. Nairobi Hospital is a stone throw away and I thought maybe he had brought his wife. She was due today and they were expecting twins. And then a complication reared its head.

[Editor’s note: 2017 is coming to an end, Mike. No more wondering in the New Year. OK. No more wondering in 2018. Hahaa. You have the imagination to see yourself through someone else’s eyes. Now let’s develop the curiosity and nerves to hold a real convo with them – ask questions; let them speak for themselves; let us know what they are thinking; let us know how they said particular things.

You imagined that this chap was having a lousy day because he may have lost one of his babies at birth? Maybe, I don’t know, maybe he’d lost a thao in a useless Shabiki.com bet or… maybe the zipper in his pants was broken and he’s cursing himself for wearing that little white tee. We’d only know if we asked. OK, Pumpkin? So, ask.]

They lost one of the babies. The doctor gravely explained everything and his eyes got clouded with tears. His wife’s condition was stable, and the doc recommended he take a walk and get some fresh air. Then it hit him that he hadn’t eaten anything the last six hours.

And as he stares at his lunch, he’ll remember how they had bought two of everything.

He would sip his Coke and then look around. He’d see the cat walking close by and he’d mindlessly toss it a piece of chicken. He’d also see the boy with the disheveled hair seated across from him. He wouldn’t be sure if the lad was looking at him or his food. [Editor’s note: I like how Mike always looks at himself through other people’s eyes. Hehhe.]

These things will make him reflect about life, about the little things. Then he will make a promise to himself. That he will be the best dad to his son. The best husband too. At work he would bust his ass off so he can afford to pay school fees and buy the boy nice things. Maybe he’d get him a Superman cape so he wouldn’t have to wear a plastic bag. (Wait. Weren’t those banned in 2017?)

He’d give his son an unshakable sense of security. He’d spend lots of time with him and teach him how to kick a ball and ride a bike. His son would grow up believing that his dad was the true hero.

And all of a sudden Sad Man didn’t look so sad anymore.

And from somewhere in the distance I thought I could hear Superman’s theme music.

[Editor’s notes: Mike had his own thoughts on this story. You want to hear them, don’t you? Well, here goes. I lifted this verbatim from the footnotes of his copy. Notice again how he refers to himself in the third person.

Mike wrote, “The story seems to lose some traction as it turns to the last page. The writer got caught up by time and he hopes to be forgiven.

The final paragraph of the story will go on to say how, in their own small way, everybody is a hero.  And the last sentence will (possibly) be, ‘…Even the crow is a hero’, hence the title.”]
—-
Follow me on Instagram: Mike Muthaka

15
PREVIOUSThe Windmills in the Hills
NEXTA Song for Old Men