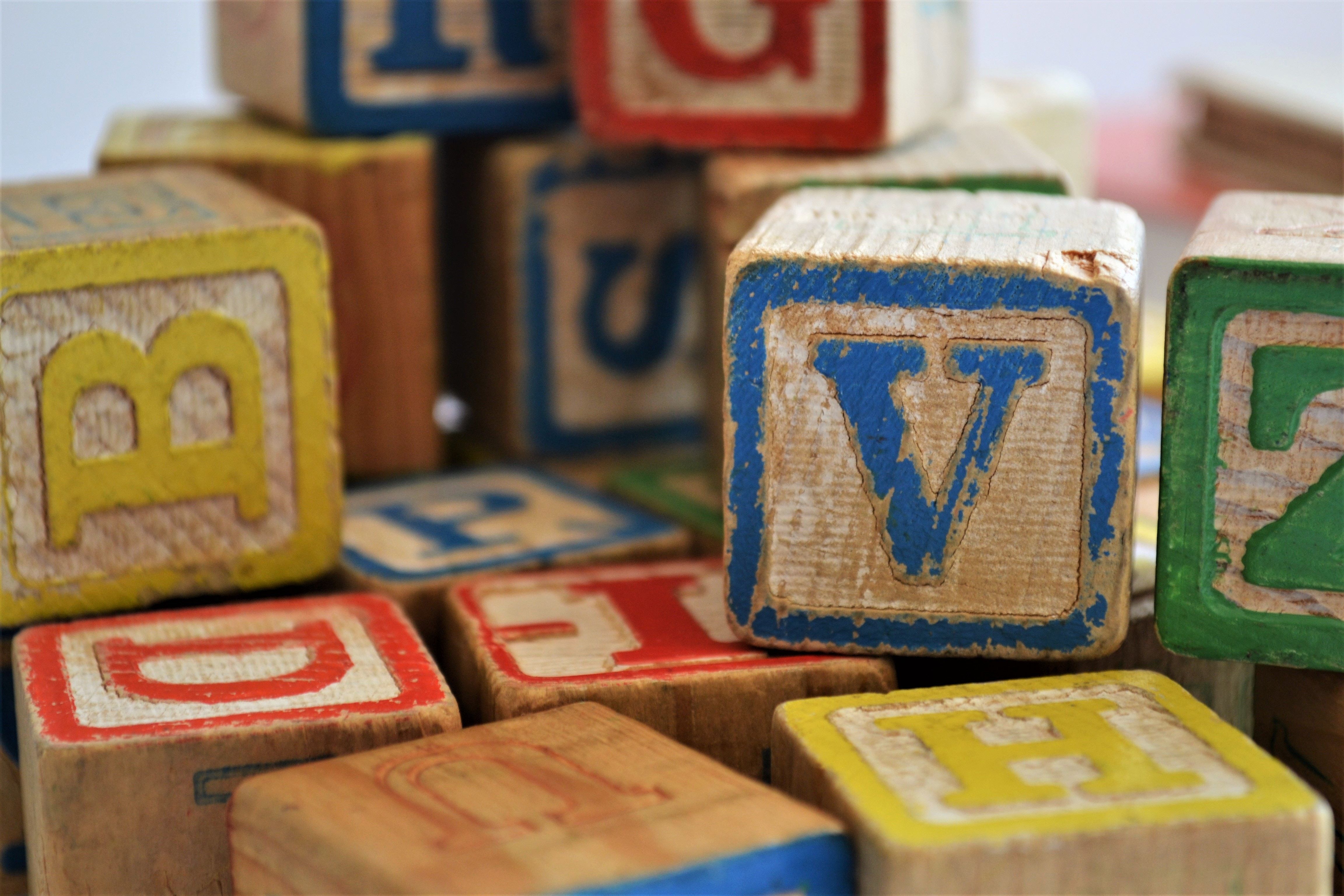 I’ve been having a running tummy.

It began Monday evening, in the digs. I’m writing this on Thursday, which makes it three days since – and counting.

I’ve found myself in a pickle whenever I’ve been out of the office or the digs. The ugly fear at the back of my mind is, where will I run when my running tummy begins to run?

Public toilets aren’t friendly when you have a running tummy, because you’d have to squat for Lord-knows-how-long, and your thighs and calves will eventually cramp, then without even realising it, you’ll succumb to the pull of the toilet bowl and slump in a pile to the relief of 500 of your body’s muscles.

That was me Tuesday. And Wednesday. And today, Thursday – I’ve sat on far too many public toilets than I’m willing to admit. I’ve shit in comfort, granted, but now I’ve picked up a UTI. A goddamn UTI! It’s a few days to Easter weekend and I won’t drink with the others ‘cause I’ll probably still be swallowing antibiotics.

Speaking of which, there’s a chap who appeared on ‘Shark Tank’ with a business idea to redesign the modern toilet. He wants everyone to squat comfortably when they’re taking a shit.

He called it the Squatty Potty. Google it, I’m not making this up.

He says it’s better to squat, because it’s more natural and healthy and it’s how it’s really supposed to be done. Modern toilets have gotten in the way of how our insides were built to function.

Turns out there’s a muscle near that rectum that tenses up when you sit or stand. This muscle, whatever its name is, makes sure you don’t make your business in your pants when you’re going about this town running your business.

The muscle relaxes when you’re in the loo, ready to go. But because you’re seated, it takes some indefinite waiting and cajoling to loosen it up. Maybe that’s why you should take your phone with you, or a book or magazine, to the loo – so your attention can be elsewhere and your muscles won’t feel the anxiety to perform as they’re being waited upon.

The world is already full of anxiety, your ass muscles don’t need any more.

Just so we’re clear, this isn’t a story about the shittiness of my week because of my running tummy. This story is about how Muna did in her first term as a pre-schooler.

I’m a ninja. I don’t go to hospital unless I’m teetering on incapacitation.

Us women are generally more stubborn with disease than men, don’t you think? GB sneezes and the next evening, he’ll come home with a large brown bag from Aga Khan. And in there is syrup, paracetamol, anti-allergy pills, nasal drops and that large plastic tube doctors use to open your airway. I don’t know what its name is but it’s definitely not Stoicism.

Anyway, I’m told there’s a reliever I can pop. It’s sold over the counter of any pharmacy. Some sort of minty pill that you suck on and it stops immediately the runniness of your runny tummy. They call it Imodium. I’ll look for it.

We were at Mum’s on Sunday for lunch.

Mum is my mum-in-law. I still call my own mother Mummy. Because somehow, when I’m around her, I act like a needy baby. I’m 34 but she obliviously extends this confusing maternal aura that makes me behave as if I’m three. As if I’m Muna. I whine and refuse to eat my food or take a bath, and I want her to carry me on her back when she’s going to see her cows.

It can’t be. She’s a foodie. She breaks her back fixing us these elaborate and thoughtful Roman Feasts. Included in this Feast is a choice of two meats, four minji-based platters (with maize, with warus, with minced beef, another with all these other three) and watermelon. Because what’s a kuyo feast without watermelon in the mix?

Rice and beef with a side of watermelon.

For dessert is watermelon with a topping of watermelon.

Pack for the baby some watermelon, for her to eat on the road.

There’re some fries I had the Friday before at Sonford on Moi Avenue. Fries, two sauces, kachumbari and ‘fresh’ juice. (If this city ever catches fire and burns to the ground, our nolstagia will keep Sonford standing. Everyone in Nairobi has a story about Sonford.)

It must be the kachumbari that’s making my tummy run.

The bacterial bastards incubated for two days then imploded in my tummy Monday night, under the cover of the dark heat of a Nairobi night, when little else roams the sleeping streets but misdeeds and mistakes, debauchery, amorphous personal demons and gothic creatures looking for a place to roost. Creatures of the Notre Dame.

I shall survive this, though. It too shall pass. Like literally, pass. Get it?

We’re at Muna’s school for a parent-teacher sit down. One of those end-of-term chats where they show you how your baby coloured the hippo purple and the abstract art she drew when they scribbled, making you wonder if she has the expressionism of the Renaissance artists.

The meeting is at noon. I got here at 10.40, and no sooner had I sat at the admin’s reception desk waiting than I needed to hit the loo.

This was the third time – second time in less than an hour – that I was sitting on the throne to become the queen of the castle.

The admin pointed me to the washroom. It wasn’t too far behind from him. What I mean by ‘not too far behind’ is, if he wanted to sign a receipt or something, and didn’t have a biro pen near, he’d turn around slightly and bark, ‘Throw me a pen, Bett!’ And I’d throw it from the loo. And he’d catch it.

I could throw him a pen if he needed one, and he could hear the racket I was making back there. He heard me wincing. And groaning. And that embarrassing pa-pa-pa-pa-pa sound of the loose air amplified in the toilet bowl, as if there were gunshots. He heard me push my hands against the wall and by Jove, he heard me sit on the toilet bowl and run my bum sore and tummy dry.

Everyone in this town – CEOs and tea girls, suited associates and mama mbogas, put-together urban mums and high-achieving dads – lose their decorum when they’re in the toilet battling a running tummy. It’s all thrown right out the window. You’re stripped of your dignity, sophistication and social demeanor.

I bet the admin must have covered his nose and thought to himself, ‘Jesus, what the f…?! Is that Mama Muna?’

That wasn’t the embarrassing part, though. The embarrassing part was that the air freshner had ran out, and the loo wasn’t flushing properly. It was one of those Moi-era loos that uses a lot of water and doesn’t flush clean at once. What’s worse, the water tank takes eons to fill up – Obama would have completed his terms in office before the tank had filled up enough for another flush.

So by the time GB got to the reception, I was there hauling a large bucket of water from the tap outside, near the playground, to the loo behind the admin’s desk. The poor man, he couldn’t be undone. He had already seen – and heard – too much. He had looked directly into the sun.

GB and I go into one of the back rooms to listen about Muna.

Teacher Ann says Muna is independent; she puts on her own shoes and puts her bag in the cabbie. And she’s obedient; she doesn’t run back to the playground when play time is over and they’ve been asked to go back to class. Plus she’s mannered and listens; every kid in her class has sat at least once in the blue chair of the naughty corner. Everyone except Muna. She loves singing and dancing class and colouring.

What we need to work on, is her self-confidence. Teacher Ann says, “Like one day she wanted to go to the toilet but she couldn’t come up to me and ask, so she susud on herself in class.”

I shake my head and laugh. I laugh mirthlessly and pitifully.

It’s not Muna I pity. Or those shoes she peed in – her Adidas sneaks, it’s been a month since and they still reek of pee. She’s going to have to keep wearing them like that, I’m sorry.

No. I pity Teacher Ann and I. Muna has played us both. For an entire three months of first term, she has played us.

How do I put this gently? Muna is a highly emotional and intelligent social manipulator with the personality of a two-horned chameleon and the survival instincts of a jungle predator. That girl is a street thug.

In school, she’s obedient and doesn’t have self-confidence.

What the hell would you call that?

Words fail me here. Let me borrow an image from that movie ‘Sing’.

This is Muna in school.

And Muna at home.

I’m naturally patient but Muna pushes me to a cliff where I’m about to tip over, a cliff of her own making. And she does it knowingly and deceptively. She tests me and my abilities to be a good parent. She doesn’t even want to see my attempt to navigate this parenting puzzle. She wants to see me stumble and fall. Then she’ll stand at the edge of her cliff and point at me laughing when I shatter into pieces.

And I look. She’s in front of the TV doing a horrible headstand, her feet haven’t even left the floor. “Oh, wow! Good job, Muna!”

“Muna has set herself on fire. Very niice.”

I’m all about the glass being half-full. Even with my sociopath of a toddler. Her being overconfident at home means she feels safe and comfortable around me. That she can take down the decorum and untether her personality. I get the more engaging colourful version of her alter ego. The upbeat queen that rules our castle. Surely, that counts for plenty, no?

She is with me as I am with you here – I can tell you a lengthy useless story about my running tummy, and I know you’ll hang around to listen to the end.

And you just may tell me, Good job.