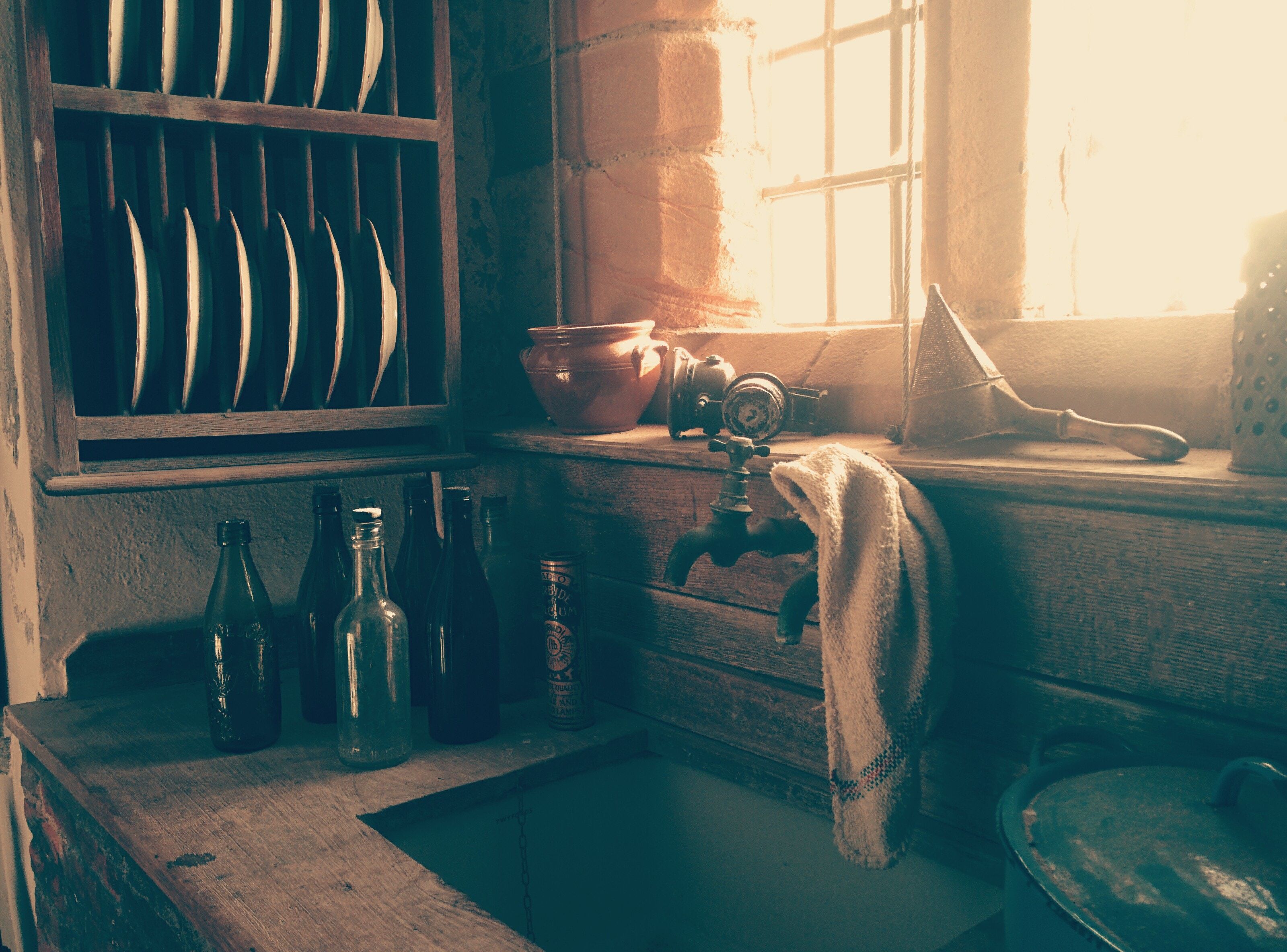 Felista’s Rug
I knew there was something odd about Felista the moment I saw her. She had a slumbering fire in her eyes. If this was ‘How I Met Your Mother’, I’d say Felista had the crazy eyes.

She was 19, tall, with high cheekbones that were starker when she tied her braids in a bun. Felista didn’t speak much, except when she was on the phone with her folks back home. She’d mumble back when you said ‘hello’. But on the phone you could hear her loaded Kisii from all the way in Kilgoris.

She had this white t-shirt labeled ‘Bahati Girls Secondary School’. She’d wear it with a brown skirt that rustled when she walked; her bandy, shoeless legs gliding soundlessly across the floor.

And Felista stared at me. I didn’t know what to make of it. Did she want my attention? Did she resent me for my privilege?

I’d be fetching water for my coffee and she’d burn a hole in my back with her eyes. She’d stare at me during supper, and when I was writing in the living room, and when she found me rummaging around the fridge for something cold after a night on the tiles. Felista became my smoldering spectator.

Kumbe all this staring was part of a greater scheme; to keep me distracted while her sticky fingers did a number in our digs.

But I didn’t know it until she was sent packing one Sunday morning.

I also didn’t know how to feel about Felista working our kitchen. Nineteen is too damn young. But she needed to support her kid, she said. And she practically begged Mom for the job.

This was early January, last year, and Mom was searching for a help after the one we had before Christmas sent a text, saying, “I will not be available. Please find someone else.”

I, on the other hand, was maintaining a high-spirited fight, arguing why we don’t need a maid. I wrote petitions. I complained and pleaded. I said,

“I’ll be the one to cook supper every night,”

“I’ll be cleaning the house,”

“I’ll be doing the laundry.”

(I know. My folks thought the same thing: “You, Michael, are going to do the laundry?”)

In my fruitless, ill-thought out battle, I swore I’d learn how to cook mukimo. I drew elaborate graphs showing how much money we’d save sans the maid.

But my concerns were promptly shot down, because, besides burning down the kitchen, I could also be responsible for using the wrong Jik, or confuse spinach with sukuma, or forget to cook because I was out drinking with friends.

Mom, meanwhile, was running out of options. She was about to report back to work, and all the ‘older’ alternatives were either mteja or asking for too much money.

So we were stuck with Felista. She’d have to hold until Mom found someone else.

Then I noticed another thing about Felista: She wiped. A lot.

Every time I’d run into her, she’d be wiping some surface or the other, especially when Mom was around. Felista sure knew how to look busy.

And for some unfathomable reason, she’d come around and wipe my bedroom window every two days. At 7 freaking a.m., for chrissakes.

Felista’s wet rug would squeal on the glass, and her lean frame would be outlined behind the curtain. Cue some dark opera music and you’d have a thriller starring Felista.

Call it, “Felista and the Wet Rug.”

I bet the camera would have loved Felista’s silhouette. Maybe they could use Felista for the next James Bond intro. Or maybe Felista and her rug could be cast in Sexy Car Wash.

Felista’s Ugali was invariably charred, and her rice was sticky. But her chapos were so good that I’d let her wipe my window as many times as she liked.

After a while, though, Mom had had enough. She found someone else, and Felista was on the next bus home. But not before Mom asked her to open her bag for inspection. Years of maid swaps have made Mom develop a sixth sense about these things.

And, true to form, Felista had nicked my shirt, my sister’s red underwear, some rolls of tissue, my sister’s sweater and a few shopping bags.

“But who steals underwear jameni?” is a question that has been on Mom’s lips ever since.

It’s a shame, really, because I’m going to miss the hell out of Felista’s chapos.

She had a black leather jacket. I remember how the jacket hung on her bony shoulders. She was holding a knife, and her hands were wet. She’d been chopping onions. Her eyes were watery.

“Oga kwanza,” she said, “and then I’ll make more mandazi.”

We were standing in the corridor of our three-bedroom house in Uhuru. Thursday. I was still in my P.E. kit (navy blue shorts, red tee: ‘Twin Birds Academy’). Her incentive was hard to turn down.

This is the last memory I have of Nancy; her black jacket, her watery eyes, the glint of light on the knife.

Nancy had a pointy nose and skin like rose petals. When I think of Nancy, It’s her mandazis I remember. She’d knock up some mandazis every evening, which my sister and I would chase down with tea. This was the perfect climax to dreary school day, coloring diagrams and shouting “Nyama nyama nyama” during P.E.

Nancy’s mandazis went particularly well with ‘Fun Factory’ (Remember ‘Fun Factory’?). Then we’d shower and do homework with Vaseline thick on our skins, as we waited for Ol’ Man to come home and show us – for the 50th time that week – how long division worked.

Nancy was Akamba, and I’d warmed up to her nicely. If anyone would have told me she’d break my heart not two months later, I’d have hit them on the head with a mandazi.

Mom suspects my desire to marry a Kao chic was founded on Nancy. And I agree.

But I’ve never forgiven Nancy for how she ended things between us. She didn’t even give me two week’s notice. One day I went to school, and when I came back, hankering for her mandazis, she was gone.

Turns out Nancy told Mom that she, Nancy, was HIV positive, and that she needed to go buy drugs.

She never came back.

Intermission
Nancy is just a spoke in the wheel of house helps we’ve had. The frequency of swaps has increased since we moved to Kitengela. I only remember a handful of them. There have been Kyuks and Maasais and Kurias and Taitas. Some helps lasted less than a week. Some held court for more than two years. We’ve had SDAs and Catholics and, once, a vegetarian.

There was one help who beat me, as a kid, probably because I’d gone out to play football after showering. I don’t remember her name. But I quickly reported the incident to Mom, and the help was gone faster than you could say “chenga funga.”

There was also Catherine, who my infant tongue christened,‘Tashin’.

On the heels of Tashin was Violet, a Lunje with a gap in her teeth and thunderous thighs.

Oh, and Eunice. How could I forget Eunice?

Eunice was the crown jewel of neighborhood lore, with her round bosom, and her round bum. Everything about Eunice was round. Even her nose was round. Her head, too, made even so by her boyish haircut.

Last I heard, Eunice married a welds-man and moved back to Nyanza.

Anne’s Falsetto
Our new help is called Anne. She sings. And boy can she sing.

Ever since Anne came along; I haven’t seen a single bird in the compound. I can’t remember the last time I heard a bird chirp. And we don’t have a cat which might scare the birds away. So could it be possible that Anne’s falsetto repels birds?

Anne sings when she’s doing the dishes, and when she’s hanging clothes, and when she’s cooking. Whether or not she sings beautifully is beside the point. But it’s always a gospel tune with a stirring Swahili chorus, belted from the throat. Her voice trills through the walls, and around corners, and carries in the wind like a bloody crusade.

Just the other day I found a cracked tumbler in the cupboard, and I imagine her voice is the culprit. I reckon it’s only a matter of time before she breaks Mom’s favorite glass set, the one reserved for visitors.

Which has now made me think of possible titles for Anne’s movie:

Call it, “The Glass Breaker.”

10
PREVIOUSWhat is it about old British men?
NEXTThe turbulent millenial