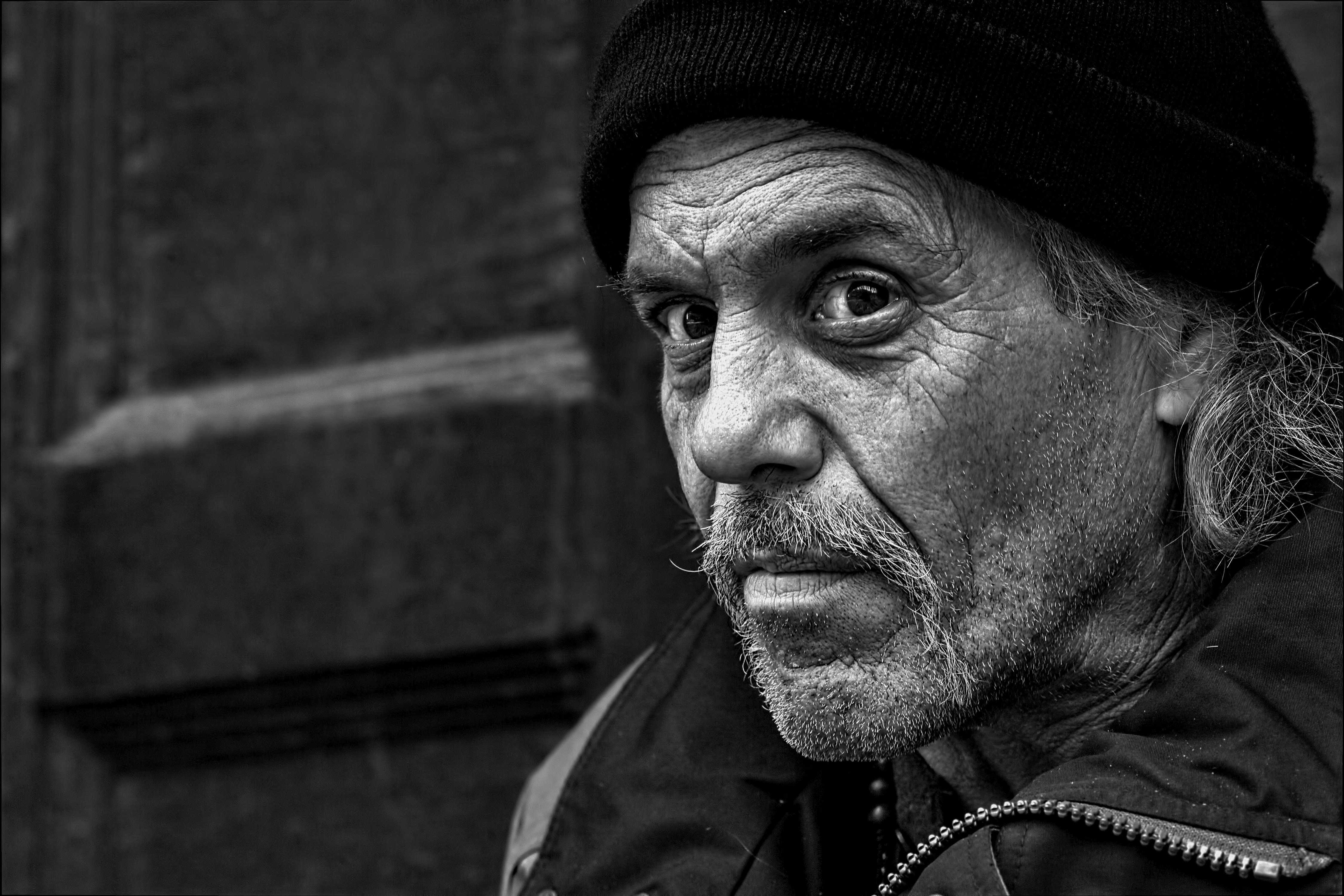 Because I’m strangely attracted to them. Well, not all of them, certainly. But I’m more likely to have a man crush on a middle-aged Brit than, say, Zac Efron.

There’s just something about the old chaps. And I can’t quite put my finger on it. Is it the way they say ‘chaps’? Is it the chivalry they exude? Is the spirit of Her Majesty? What is it?

I like my Englishman tall and balding, slightly unkempt, and maybe even a little grumpy. Extra man crush points if he’s sporting a blazer and scuffed buckskin boots. A tweed coat might also appeal to my inner romantic.

Put a guy like that in a movie and he’ll automatically become my favorite. Put him in a book and he’ll leap out of the page and stay with me for years.

I like my Brit with an ill-placed sense of humor and a mild accent. I dig the foolish expressions they make in the presence of a hot siren, how they become witty and sensitive, then slowly unfold into graceful and clumsy creatures.

I watch British parliament proceedings on CNN just so I can see some grey-haired men get hot and bothered about Theresa May’s strong-worded speech about Brexit.

And I suspect it’d sound even better if it was the name of a bar. Ha! Imagine that. A bar called The House of Commons. I can already picture the ads:

“The House of Commons, a home for every man.”

“Come to The House of Commons, and have a glass of bourbon. Happy hour starts at 2 p.m.”

“The House of Commons: You don’t have to go home but you can stay here.”

Don’t get me wrong, though. I’ll never forgive the Brits for how they treated my countrymen in the past. In fact if this was 1920 and some Brits showed up to grab my land and pilfer my minerals and preach to me about a white savior, I’d be very cross. (See that?)

Stories gleaned from my grandfolks have painted a gory picture of the Englishman; imperialist and impertinent, tales of whips and canes and detentions, of long days toiling in the sun, laying down a bloody railway.

It hurts to think about, really.

Anyway, my name is Mike Muthaka, and I’m shamelessly charmed by the following old British men:

The hosts of ‘Top Gear’
I don’t think anyone can deny that ‘Top Gear’ is the greatest motoring show ever made. Launched in 1977, no one thought much about ‘Top Gear’ until 1988, when a tall misshapen chap with nicotine-stained teeth was hired to host it, to bring color and personality to the show.

The chap’s name was Jeremy Clarkson, and, together with co-hosts James May and Richard Hammond, they turned ‘Top Gear’ into a worldwide sensation.

They were invariably scruffy and rude and funny, and it was hard to overlook their on-screen chemistry. The show went on for 12 more years, airing in over 100 countries and forking over 300 million a year.

The hosts became more ruthless with car reviews. James May said “cock” on screen. Richard Hammond was nicknamed The Hamster. And Clarkson was easily my favorite; paunchy, arrogant, and blissfully careless.

Then Clarkson got fired for allegedly punching one of the producers. And ‘Top Gear’ was never the same again. Everyone seemed to agree ‘Top Gear’ couldn’t work without Clarkson, especially after James and Richard also left the BBC.

Thankfully, the team has since moved to Amazon Prime, where they have a show called ‘The Grand Tour’.

Jeremy Clarkson is now 58, he writes for the Sunday Times.

Barley is the protagonist of my favorite novel, The Russia House, by John Le Carre (another old British man). Barley has an untamed gaze. Barley plays chess and the saxophone. Barley is a London book publisher, and he’s sent to Moscow by the British spymasters to uncover the truth behind an illegal document smuggled into the Embassy via a tall, luxuriant-haired Soviet woman called Katya Orlova.

The Russia House, after getting over its loaded prose, becomes poignant and poetic. Barley goes from cold and untrusting to calm and kind-hearted. Love does strange things to a man. And Katya turns Barley into an eternal spy.

I finished the book in June last year, just before the World Cup. And since then I’ve been having dim moments when I miss Barley Blair. I have random thoughts about him. I could be beating eggs and I’d think: How does Barley like his eggs?

I’d miss following him around the Moscow streets, watching him getting swallowed by the din of “belching brown lorries” and “dough-faced boys smoking in the doorways.”

“Why did it always draw me,” he thinks, “why did I keep coming back to Russia?”

Then he thinks: “Because God always found excuses not to come here.”

Hugh Grant
I discovered him one cold sleepless night in March 2015, when I turned on the TV to find ‘Notting Hill’, a 1999 RomCom starring Hugh Grant and Julia Roberts. I could sniff out emotionally intense scenes from a mile away. Hugh Grant as a down-on-his-luck bookkeeper and Julia Roberts as a Hollywood starlet is a tempting movie plot ingredient.

I could also tell this was the sort of movie that’d go down well with some wine. So that’s what I did, stealing a glass from mom’s ‘secret’ stash.

Then, towards the end of the film, head buzzed, I watched Hugh Grant deliver his ‘just a boy’ speech: “I’m just a boy, standing in front of a girl, asking her to love him.”

Geez, my cheeks got red as plums.

According to the blurb, it’s “a moving story of a man ennobled by his wife’s tragic murder, and a magnificent exploration of the dark side of unbridled capitalism.”

The man is Justin Quayle. The tragic murder happens in Lokichoggio. Justin’s Wife is Tessa Abbot, a relief aid worker and a skeptic of British operations in Kenya, ever poking holes into the Moi administration. Justin is at least 20 years older than Tessa.

After her death, Justin, honor bound to Tessa, attempts to find out the truth behind the murder.

Justin is a sensitive chap. He grows flowers. Justin is neat and good mannered, which is perhaps why he’s not the character I think about when I’m beating eggs.

I’m more partial to Sandy Woodrow, Head of Chancery at the High Commission. Sandy has a drinking problem. He’s a soldier’s son, spent 17 years in Her Majesty’s Foreign Service, and, at 40, he’s aiming for a knighthood.

Sandy is also in love with Tessa.

“And God is she beautiful,” he thinks, “And God, is she young. Young in the high sharp breasts that never move. How can Justin let her out of his sight?”

The book begins on a hot Monday in late January. Sandy receives the news of Tessa’s death “like a bullet, jaw rigid, chest out, smack through his divided English heart.”

‘The Constant Gardener’ was adapted into a film. And the character of Sandy was played by a man called Danny Huston.

Hugh Laurie
You had to see this one coming, surely.

I fell in love with Laurie when I watched him as Dr. House. I finished all eight seasons over the Christmas Holiday. Then I watched every interview he’s ever done, on Youtube, including his audition tape for the character of House. And he was so damn natural it brought a tear to my eye.

I also downloaded his pictures and set him as my wallpaper. Shortly after, I found out Laurie dabbles as a Blues artist, and that he has an album titled ‘Let Them Talk.’ So I downloaded that as well.

Hugh Laurie is now 59, and the dominant voice in my playlist.

Not to mention, of course, Idris Elba, 46 and voted the sexiest man alive by ‘People’ magazine.

18
PREVIOUSOut on a limb
NEXTThe wet rug. (And other stories from our kitchen)