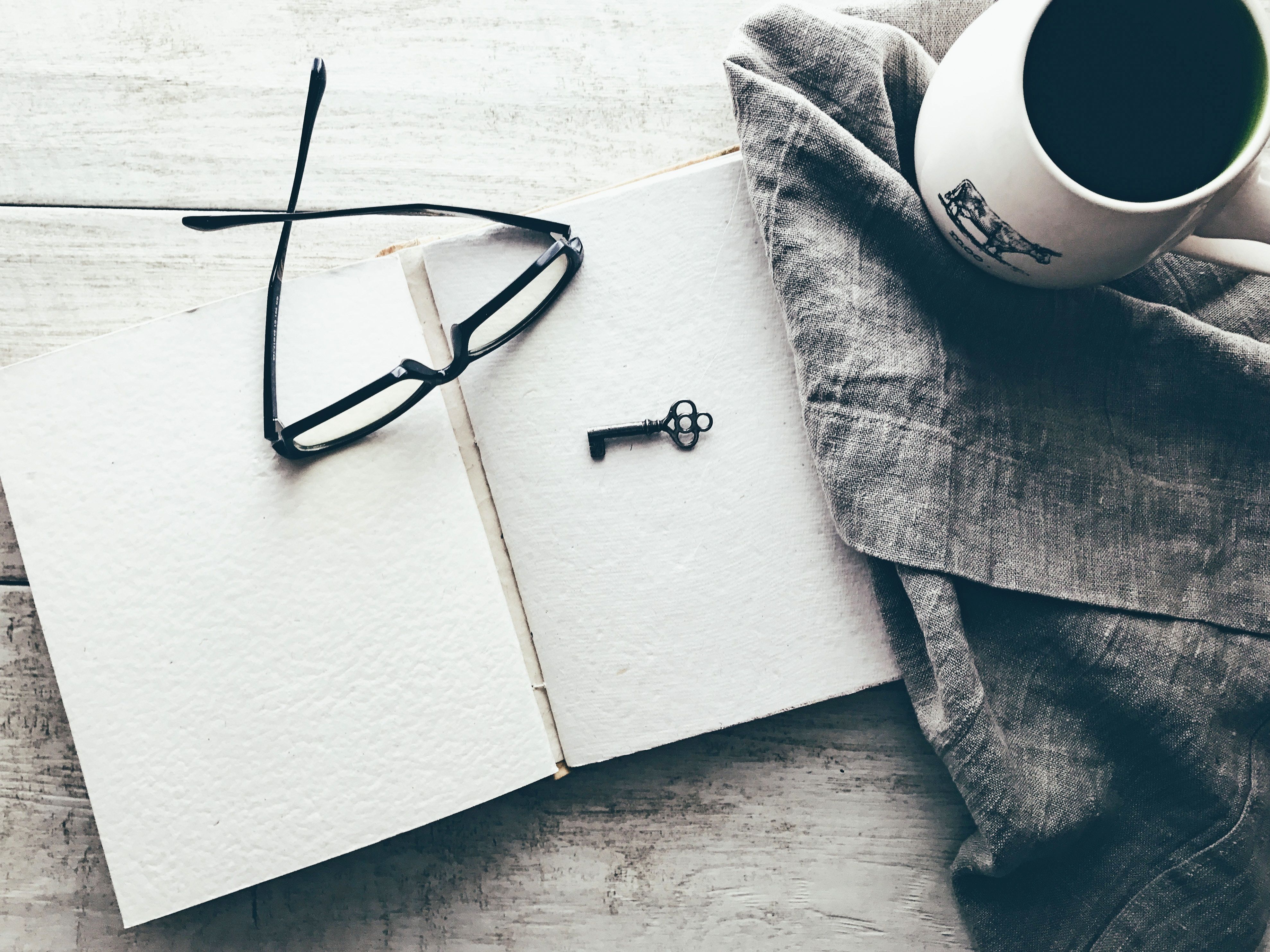 On the weekend before Christmas, in the 34th minute of a game against Manchester City, with the scores level at 1-1, Crystal Palace’s winger Andros Townsend marked his 100th game with a beautiful goal. It was the kind of goal commentators would call, “an absolute screamer.”

A poor clearance from the ManCity defense brought the ball to Townsend; 29 yards away from goal. And Townsend struck it with spectacular flourish, hammering the ball into the top corner at a whooping 67mph. Ederson, the ManCity keeper, barely saw it coming.

I had my money on City. Crystal Palace had their toes dipped into the relegation zone, while City was 2-nd in the league table, and current titleholders – a goddamn football powerhouse. All the math showed ManCity was likely to win. And I bet the ManCity players also reckoned they’d grab a win, go home, and slaughter some goats. Instead they lost 4-3 to a determined Palace.

After the game, only one name was on everyone’s lips.

He began his football career at Tottenham Hotspurs, joining the academy at 10. A quick Wikipedia search reveals that he debuted for the senior team in 2011, scoring the first goal and being voted the Man of the Match. But he didn’t make many appearances for Tottenham. Most of his stint was spent being loaned out to clubs like Leeds United and Millwall, second-tier teams, really. Back at Tottenham, he’d mostly come on as a sub, or not played at all.

In January 2016 he was sold to Newcastle with a price tag of 12 million pounds. On the night before his move, Townsend tweeted, “As soon as I knew of Newcastle’s interest, they were the only club I wanted to join.”

That seems to say a lot about what he thought of Tottenham, doesn’t it? I’d feel bad too, if I wasn’t getting any playing time.

Townsend only stayed at Newcastle for one season, though. And in July 2016 he moved to Crystal Palace, where he signed a 5 year contract and now dons the No. 10 shirt.

I’ve also seen pictures of his wife, folks. And let’s just say Townsend is doing well for himself.

Still, I wonder how Townsend felt throughout the loan spells. Did he feel like Tottenham had no use for him? Did he question his worth on the pitch? Or maybe playing for other clubs, under different managers with different philosophies, gave him priceless experience and a tougher spine.

Whatever, his goal will undoubtedly go down as one of the best this season. Pundits will tweet about it and commentators will rehash it every time Townsend steps onto the pitch. And it’ll give SuperSport some awesome footage for their Premier League promos.

Townsend’s goal also gave me a glimmer of hope for the coming year.

Craft It had just closed for the holidays, and it was just as well because I was completely burnt out, I didn’t think I had enough chink in the armor to write consistently for another year (2019). And another year. And another. Could my art sustain the lifestyle I want? Am I even good enough?

Over time, I’ve learnt that it helps to ignore these questions. Best to just carry on. To keep taking risks. To swallow your doubts and take the damn shot.

That’s what Townsend’s goal means to me.

Write down your goals. Every motivational speaker says it’s important. Every therapist recommends it. Your Geography teacher instructs it. Your mentor says you should put them in a Word document and send a copy.

Before last year, I’d never paid attention to this advice. I never bothered, because I didn’t know what I wanted to do with my life, not exactly, anyway.

Ten days before Townsend’s goal, with my mentor’s help, I finally wrote down my goals for 2019 in a diary.

(At the risk of watering them down, I won’t share what these goals are.)

But I’ve had the diary for three years. It’s orange and leather-bound, and all the entries are in pencil.

January, 2016. I write some bleeding poetry in the diary.

I write the stuff I’m too embarrassed to post on my WordPress blog. I’m in my freshman year, and I’m in love with a girl I met on a marble staircase. We bloom like a flame tree. She goes through a choker phase. I wear baggy jeans. Nights I write about her wine-soaked lips in my diary. In the streets we hold hands as she whispers something dirty in my ear. Her hand fits. Everyone says we make a cute couple.

We fuck a lot, too. Her moans and whimpers inflate my ego to high heaven. I get on Snapchat, then I get rid of my bad jeans.

For our two-month anniversary I buy her a box of Belgian chocolate. It’s particularly significant because she grew up in Belgium. She hugs me and says, “I love you so much baby.”

Weeks turn into months. I gain weight. Then I lose weight. My girl and I talk on the phone for hours. I keep writing on my blog. My readership grows. But my relationship disintegrates so slowly I barely notice it. Then I misplace the diary.

A few weeks before Christmas, after a small fight, my girl texts me: “I think we should break up.”

I agree, maybe a bit too quickly.

The following year, I find the diary jammed into a drawer; along with USB cables, campus orientation documents, and my high school yearbook. I retrieve the diary and use it for shorthand during class lectures. I’m less excited about school now. Girls are my blissful distraction. My GPA plummets. I smoke pot. I shift from beer to vodka. Then I turn 22.

I continue with my blog. I write about other people. I post short profile interviews on my IG. I struggle with consistency. I lack discipline. Then Craft It comes.

Finally they’re paying me for this shit. I become a columnist. I drink lots of coffee. For the first time in my life I’m chasing deadlines. I’m thrilled as hell. I meet other girls. And I meet one in particular who makes me want to write my little heart out. So I make her my muse. I obsess over her. I don’t write about her in my diary. But I write about her everywhere else. Every day I plot how I’m going to make her mine, even though she’s made it clear she can’t/won’t reciprocate. I’m not convinced. I hold on to the distant dream that I can get her to like me.

Then, like a fine joke played on my heartstrings, she gets into a plane and goes to Belgium.

2018. I scribble a scanty draft for my next ‘Dusty Rugs’ article in the diary. The idea is hot. I’m excited as hell. My hands are trembling all over the place. I can barely hold the pencil. I feel like Earnest freaking Hemingway, for chrissake.

That night I type out the draft. I can’t sleep. I’m jacked on caffeine. Oh man, I’m on my way to a goddamn Pulitzer.

At 2 a.m. I shut down the computer and pour myself a congratulatory glass of juice. I leaf through the diary between sips. It’s like looking in a mirror made of graphite. I meet my past writings with glee and envy. Glee because I thought I was witty as hell. Envy because that boy who wrote poetry loved more, and doubted less. How unburdened he was. How pure. How young.

Then I put away the diary for another two months.

On Christmas morning I pick up the diary once more, I make my final entry of the year, and I write: We’re going to need a new diary.
—-
Follow Mike on Instagram: mikemuthaka

5
PREVIOUSMoments 2018
NEXTOut on a limb