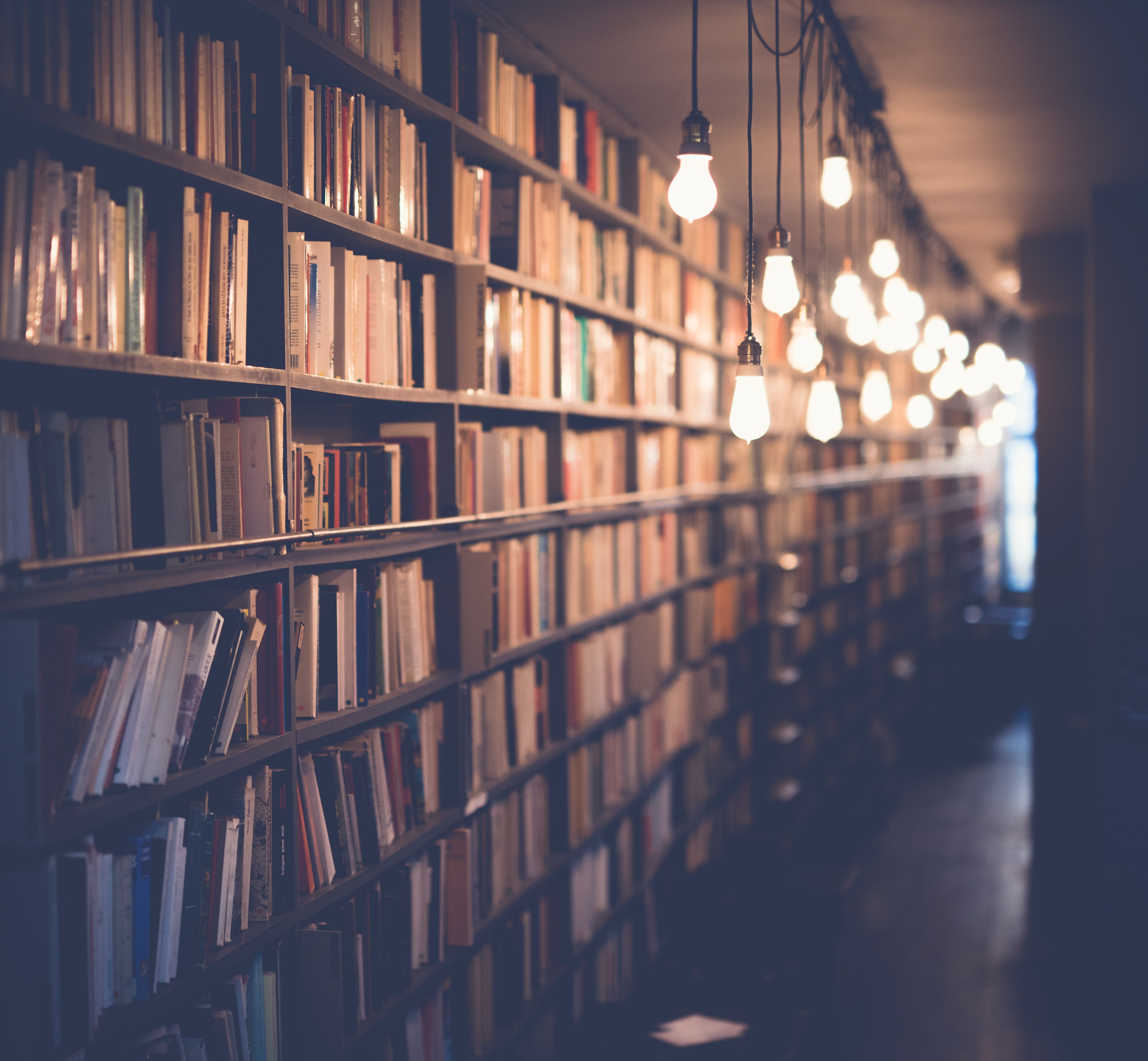 “I add my own love to the history of people who have loved beautiful things, and looked out for them, and pulled them from the fire, and sought them when they were lost, and tried to preserve them and save them while passing them along literally from hand to hand, singing out brilliantly from the wreck of time to the next generation of lovers, and the next.”

Final class of the semester: Thirty students sit and wait for the Lec to show up. For the next three hours we’ll learn about the printing revolution, and how newspapers came to be, and what fate shall befall anyone who doesn’t pay attention because this stuff will be in the exam.

Exams are slotted for next week.

I have a glowing attendance record for this class. I could skip it and go have a drink. But I stay because it’s been a fun class, with a bunch of interesting characters, made easy by the up-with-the-times Lec who sent the notes to our emails, not to mention that gorgeous girl with a bird tattoo on her back. Christ! I’ve missed important class concepts because I was dreaming about tracing her tattoo with my finger.

I call her the Mocking Jay, I’ve never got her scent out of my nostrils ever since she sat in front of me one hot Monday afternoon, and bits of her hair tumbled to my desk.

The Mocking Jay never smiles. She has sharp brown eyes. Her pink lips barely move when she talks. And when she walks into the room even the atoms of the air sit up. She’s a slim trim; smooth skin, looks like she could play the free spirited bad girl in some vampire movie.

Last week she had a purple fur coat, I spent a good chunk of the class wondering how that coat would feel against my cheek.

But I’ve never worked up the courage to talk to her. Or rather, she doesn’t hang around long enough for me to get my macho on. Girls like the Mocking Jay always have something to do.

Also, I have to consciously remind myself not to ask what her tattoo means.

We guys think it’s the best opening line, and that it bypasses the need for small talk, but the truth is, most chics with tats don’t like it. It’s too easy. Too stale. My sister has a tat on her neck, she tells me that question helps to filter out the boring ones. Sometimes it’s just a tattoo, for chrissake. There’s no need to go into some sentimental, retrospective crap thought up by an idle monk in Asia.

Although, if I was a girl – and I had a tat – I’d make up all sorts of meanings for boys who ask that question, just for shits and giggles. Maybe I’d have a Harley Davidson on my arm, all black and daring, with a skull for headlights. It’d be the sort of tattoo that would get boys worked up.

Maybe I’d be in a mat on a Thursday afternoon, and the jamaa next to me would be feeling his chances. (I’d have short curly hair, and high cheek bones. I’d be approachable as hell.) Of course he’ll say hello, and break with something about the weather, or the music. By this time I’ll have noticed his fingernails, the smudge of wax in his ears, and the dark spot beneath his eyes. And then, like clockwork, he’d ask, “So what does your tattoo mean?”

And I’d say, “I like things that throb between my legs.”

Or, “You know, I don’t even remember getting that one.”

Or, “It means my solar plexus chakra is ignited by the fire of a thousand splendid suns. For the night is dark and full of terrors.”

Ha! The lad will be so confused he’ll talk about me for months.

Anyway, it’s a bummer I won’t have time to make moves on the Mocking Jay. I’ll just have to wait for next semester and cross my fingers we take a class together.

I have a more pressing issue: two unreturned books from the school library. One of them – ‘Going Down River Road’ – sits in my bag like a ticking time bomb. An unreturned book attracts a fine of five bob each day after the due date. They say I’ve had it overdue for more than a month.

The other book is ‘The Last Villains of Molo’, which I’m certain I returned, even though the records show that I never did. I was nearly in a fist fight with the librarian over it. How dare he say I never returned the book?

And I kept saying, “I’m sure I returned it.”

Back and forth we went. At some point I even asked if he would reboot the computer.

Finally it was agreed I go back home and do a deeper search.

But it’s absurd that the book could be in my room, because I had my library schedule down to a lock. I’d go there every Sato, borrow two novels, one for each week after, then I’d go back to return them and borrow two more.

Well, I can’t do that anymore, not until I pay the fine. The only alternative is to read while at the library. And that’s no fun. Distractions abound. You sit on a straight-backed chair with a black cushion, and you can hear the thrum of traffic on Ngong Road, and there’s a pretty girl browsing the shelf, so you start wondering about her taste in books, and then there’s a guy with a laptop by the window, and his face is so damn serious it makes you feel like some halfwit with your brown dog-eared John Cheever novel.

I prefer my books to go.

Still, there’s no place quite like the library. Even the Mocking Jay couldn’t stir my loins the way books do. The library grabs me out of mundane stuff. It turns my world into a joyous circus, packed with stories, bounded with colorful spines, all begging to be pried open, and inhaled, and devoured. I love the dark, cozy maze of shelves, and the smell of oxidized paper.

My favorite shelf is the one with novels, four rows from the entrance. The right side has American books. African books are on the left, and British ones are on the opposite side. For the life of me I can never figure out the logic behind that arrangement.

The library isn’t like a bookshop. Bookshops will always leave you with a film of despair, how you couldn’t afford all those books. But a library will you fill you with possibility, all those literary greats within reach, if only for a fortnight.

Most of the books I’ve read this year are from the library, each one with its own mark of beauty.

‘Close Sesame’ ended with a bang. ‘The Mayor of Caster Bridge’ opens with a man who gets drunk and sells off his wife. ‘The Wapshot Scandal’ had a windy first chapter. ‘Season of Crimson Blossoms’ was like looking in the mirror. ‘The Legend of Sleepy Hollow’ gave me nightmares. ‘The Man who Lived Four Thousand Years’ made me chuckle. ‘Mowgli’s Brothers’ was an excerpt from ‘The Jungle Book’. ‘Music on the Musacktrack’ made me want to die a bachelor. ‘The Birds’ was about birds. I never finished ‘The Long Rifle’.

But I’m sure going to miss those visits to the library when school breaks for the holidays.

Sometimes I’d scribble a little note on books that left an impression on me, addressed it to the next person who pulls it from the shelf. It was my favorite part about returning the book, really. Like a secret shared between lovers.

“Dear Reader, I loved this book. The best I’ve read so far.”

“Dear Reader, I’m afraid I’m too much like Deeriye, the protagonist.”

“Dear Reader, beware of the birds.”

I like to think these notes travel into time, and that I’m adding my own love to the history of people who have loved beautiful things, and passed them along from one generation to the next, and the next.

21
PREVIOUSMy heart is in Belgium
NEXTMoments 2018