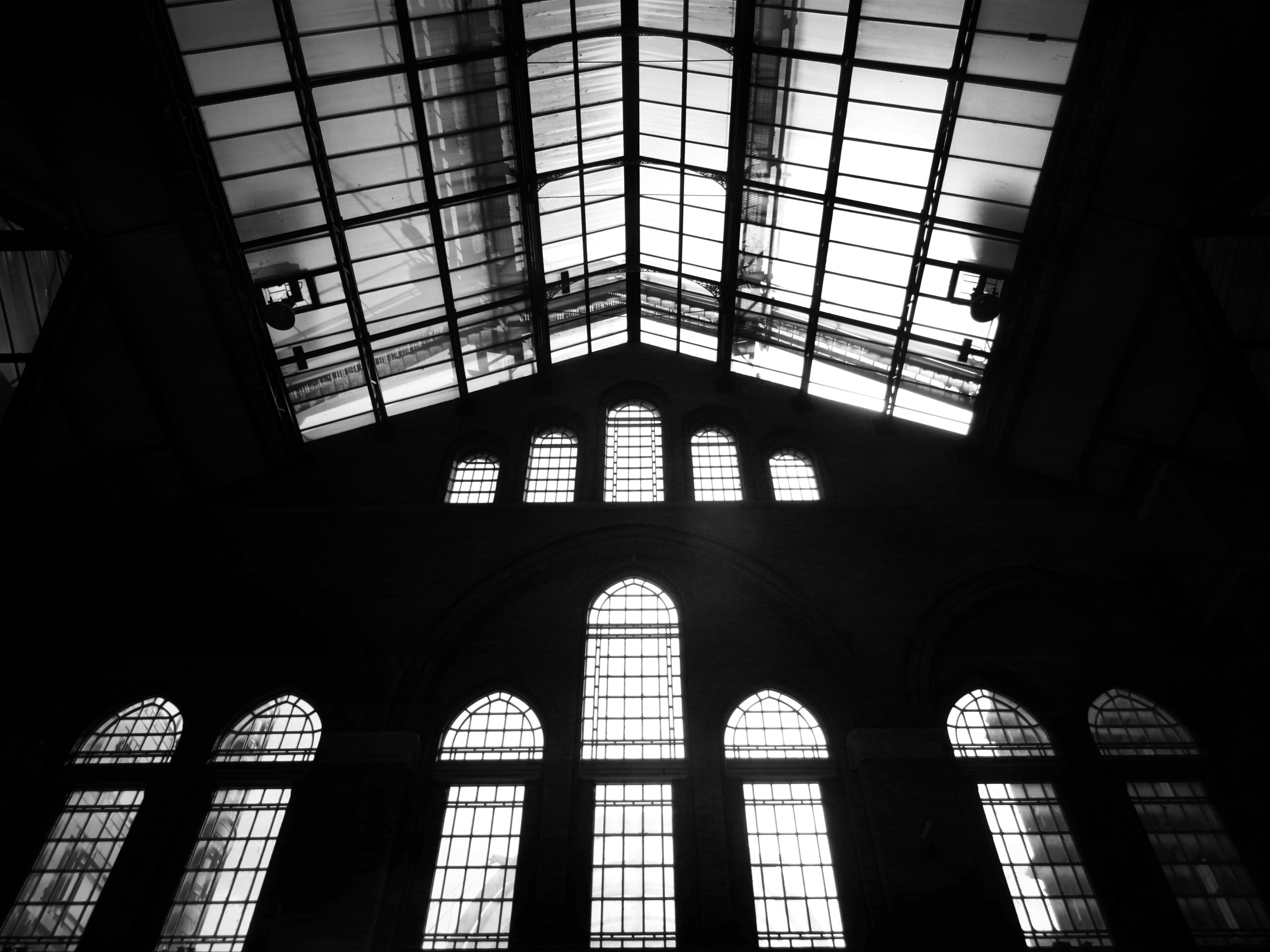 I step out of the shower without a towel. I don’t need a towel. I’m home alone. Water drips from my scalp, down my back. It feels like someone has emptied a bowl of spaghetti on my head.

My shoulders tremble. The stained glass window distills weak skylight on my butt. I reach for my crotch. The cold shower is more painful than refreshing. But a cold shower is all I could think about when, 30 minutes before, I was on the shoulder of Namanga Road, and my big toe felt like it had been dipped in a vat of acid.

I’ve taken up walking, and it’s still weird to hear myself say it.

The first time I went walking out of sheer boredom. I slipped into sandals and went all the way up to New World Gardens, some six k.m. away. The path is flanked by hardware shops and flower farms and timber yards. I didn’t realize how far I’d gone until it was time to turn around. The sun suddenly seemed hotter. My left thigh became heavier. I got dust all the way up to my ankles. But, when I got back home, and took a cold shower, I felt so relaxed I was on the brink of nirvana.

The second day I went with my earphones and listened to Chainsmokers. I wore my old Nike shoes. Instead of going right – towards New World – I went left, towards Luqman petrol station. I walked to KAG University and turned around. It wasn’t as blissful as the first day.

The third day – today – I blistered my big toe. But the pain tastes like a small victory. So until someone invents a way of feeling this calm without the blisters, and the dusty feet, and the aching muscles, and the sweaty loins, I’m now to be found on Namanga Road every morning.

I walk to kill time, mostly. I walk to expose myself to new sights and sounds, to new meanings, new joys. No two days are ever the same. My little heart turns into a kaleidoscope when I walk, drinking up the shiny fragments of dawn. I walk for tranquility. I walk to be away from the keyboard. When I walk long enough I start to feel empty, like I’m in the wooden underbelly of an unplayed violin. On sunny days the sky looks like the inside of a blue porcelain bowl. Cloudy days bring whistling winds and the fresh smell of earth. I walk because running is far too tasking. And I walk because my old routine doesn’t work anymore – I no longer feel like sitting at my desk first thing in the morning, walking is how I get the blood going.

Anyway, from the shower I limp to the bedroom. The blister throbs with every step. A CD lies face down on my bed: season two of ‘House, M.D.’

You know Gregory House, right? The grumpy man on a stick, no?

I’m re-watching ‘House’. When it first aired on TV I was too young to digest the intense drama. House’s jokes whooshed past me. But I liked his walking stick. I envied his bad leg because of that stick.

In school I’d fake limp and be rude to my classmates. “No, I’m not giving you my sharpener. You always blow inside.”

In the furthest corner of my imagination, I was Doctor House.

The pain in my leg after my walks reminds me of House.

It’s closing time at Gravity Entertainment movie shop. They shut down the computers and clear out the popcorn machine. One member of staff, Dennis, makes a mental note to buy more caramel tomorrow. It’s Saturday night. A purple bulb burns on the ceiling. Movie posters jostle along the walls. Solo says a word of prayer before we leave.

“May the grace of our Lord Jesus Christ…”

Solo and Dennis pray with their hands crossed behind their backs.

Outside, Dennis locks the door with a huge silver padlock. We walk to the main road while talking about girls, and 2 Chainz, and what Solo will have for supper. I rummage inside my bag for a pack of gum to mask the smell of vodo.

The last shop to close will be the gaming arcade next door, a dark room with large screens and cheery joystick-wielding youth. Some boys bring girls along with them. But the girls quickly get bored and come into Gravity for some popcorn.

Songs will someday be sung about Gravity’s popcorn.

There’s a boutique next door, where vests go for 100 bob. Another boutique on the left sells dresses and some sexy lingerie draped over peach-colored mannequins. Non-tenants of Milele Center are required to pay 50 bob for using the washrooms at the end of the corridor. Nights, no one really gives a damn.

When I ask Solo for a copy of ‘House’ he asks, “Where were you when other people were watching House?”

I go to Gravity for the friendship. I haven’t found a place in Kitengela with the same level of chum as Gravity. There’s always a laugh to be shared; a sandwich to be sold, an underrated series on the menu that’ll keep you up all night, a girl to flirt with, a friend to make.

Gregory House doesn’t need friends. He’s addicted to pain medication. He suffers nerve damage in his leg. He wears blazers. He’s sad and miserable. He’d rather lie on his office floor and listen to jazz records than meet most of his patients. He’s a cruel, heartless bastard but he’s the best at what he does. That’s why he can get away with objectifying his boss. And be rude to his team of doctors. And make it plain to patients that they’ll die if they do so much as doubt his diagnosis. The word ‘unorthodox’ was made for Dr. House.

The show started in 2004 and went on for eight seasons. During this time, Hugh Laurie, who plays Dr. House, had to regularly commute between his home in London and Hollywood, LA. The show made him the highest paid TV actor in the US, earning something of about £250,000 per episode. He won two Golden Globe Awards and got nominated twice for an Emmy.

Hugh plays House so well that, when I read about his life, and what he’s like as a person, I was genuinely astounded at how different they are. Hugh doesn’t strike me as crass monster. He’s not an emotionally detached insufferable wiz. He’s just a kawaida guy. He wakes up and goes to work. He has a sense of humor. If ‘unorthodox’ is for House then ‘genial’ is for Hugh Laurie. (This sorta explains why, after ‘House’, he released two blues music albums and took up boxing.)

I watched one of his acceptance speeches at the Golden Globes and he was so charming it brought a tear to my eye. He started by saying, “Wow, I’m speechless. I’m literally without a speech.”

In an interview with ‘The Telegraph’, Hugh admitted he battles insecurity as an actor. The Dr. House I’m familiar with doesn’t have a trace of insecurity in him. Hugh also struggled with depression early in his career.

And at the end of eight seasons of House, Hugh was asked if he’d be starring in another show soon, to which he said, “I’m not sure that I could physically do it, to be the lead of a thing, to be in every scene and to take responsibility for something. It’s hard going if you care about it. You know, brain surgery is easy if you don’t care whether the person dies… That’s what hard means. It’s an expression of how much you care about the result. And if you’re proud of it, or you believe it can be good and you want it to be good, then it can be sort of infinitely hard, to the point where it can drive you a bit bonkers.”
—-
Follow Mike on Instagram: mikemuthaka

17
PREVIOUSWe got rats
NEXTMy heart is in Belgium