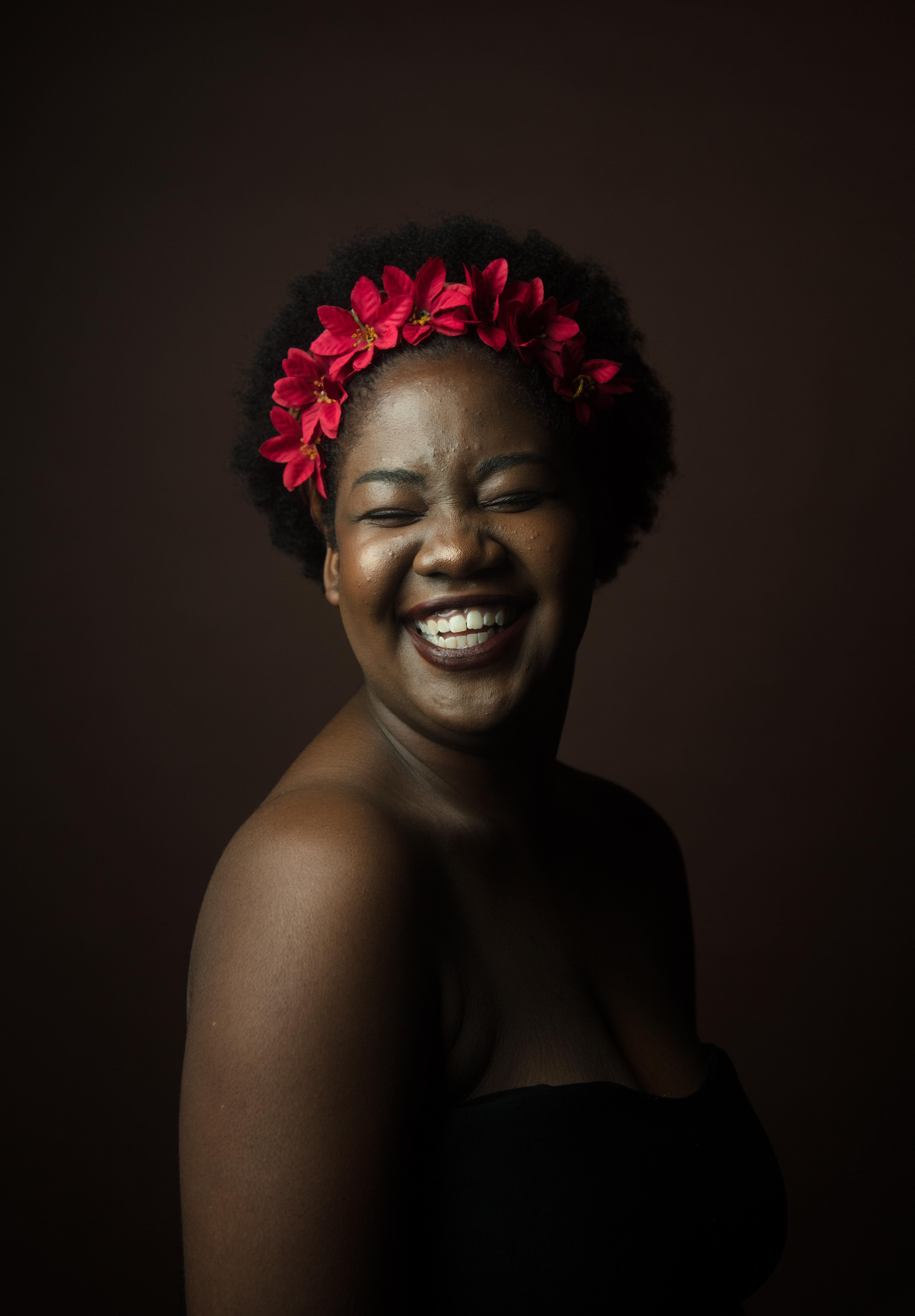 Lindsay Dawn Adhiambo will make a canvas out of your skin if you let her.

Take a look at yourself right now, c’mon. Look at the back of your hands and the insides of your arms, feel your face and remember what your back looks like. Run your palms down your thighs to the length of your ankles. Rub the back of your neck. Knead your vertebrae one after the other. Rest your fingertips on your abdomen.

You touch skin, you feel skin underneath your clothes. You see the physiology of form and function – Lindsay sees a textured canvas for her art.

She sees life pulsating through your veins. She sees the dark pain in your beautiful scars. She feels the nervous twitch of your muscles (and the tickles, because I imagine it tickles when she’s painting you). She hears the memories hidden in your contours and creases. She catches glimpses of your experiences, even those waiting to happen.

Lindsay sees your story in your skin.

She’ll take this naked story of your canvas and clothe it in the colours of her own imagination.

Some simple minds consider Lindsay’s work face painting. As if she’s some adult’s version of a red-nosed clown who’s made a practical joke out of this modern medium of artistic expression. Well, she’s no clown. And nobody’s laughing.

What she’s doing with body art transcends tradition into a horizon only a handful of local artists are exploring.

In the crackling heat of mid-morning Nairobi (it’ll rain later in the afternoon), Lindsay and I pitch camp at Nyama Mama, Westlands. It’s Monday. We each have a birika of tea (Lindsay asks for a second) and much later, for lunch, we share a platter of kuku wa kupaka.

This is Lindsay’s story.

I was in a band in campus called ‘Ben & The Other Guys’. I wasn’t Ben, I was one of the other guys, the backup vocals, but I learned to play the bass guitar and trombone. The band was made up of other Kenyans like me who were in Malaysia for their undergrads. They were doing other courses, I was doing architecture. I faced a lot of racism from my classmates. We were six in my class, only one dude. I remember when we’d get assignments and they’d split into a group of three and two, I’d be left hanging. I’m lucky that my personality doesn’t allow me to get hurt, I’d be in their faces about it making it clear that their discomfort was not my problem. Being in ‘Ben & The Other Guys’ made me popular.

I bite my fingernails a lot, all of them. Especially when I’m thinking. I’ve bitten them all down to the bone.

I’m not one to cry. I’m like my Dad. Even when his dad [my grandfather] passed, I didn’t see him cry. He had grief in his eyes but he didn’t cry. The last person to make me cry was my boyfriend. But it was tears of happiness – we have a long-distance relationship and he surprised me last week. We had been planning his visit for a year but it’s one thing to plan something and another to meet. He’s not a creative like me, he’s vegan and an academician who wears bowties and newsboy hats.

I owe my body art to my friend, Sadia. Sadia Ibrahim. We were in Jinja [Uganda] for the second edition of the Nyege Nyege music festival. In June 2016. I’d carried my brushes and paint because I wanted to paint the landscape of the Nile. But I painted myself so my friends could find me easily. Sadia also wanted to be painted. So I painted her. Other people saw her and also wanted to be painted. I ended up painting everybody. We were a village of painted people.

We had a funeral for our first dog. He died two years ago today. His name was Perito. He was a half Japanese spitz. He died from taking rat poison. We dug a grave for him in our backyard and put some flowers there, we even said a few nice words. That he was a good addition to the family and he always kept us on our toes. Now we have two dogs at home, both mongrels. Moon is pitch black with a white shape around his heart. Dizzy is white with brown eyes. I play with my dogs when I’ve dug myself deep into a grave of my own self-doubts and anxiety.

I’m too proud to black out drunk. I know when to stop and take myself home. I like to have tequila shots then hang loose for the rest of the night. I don’t drink while working.

I always say I was raised by my friends. I went to a boarding school in Uganda when I was eight. I was there with my sister. I was homesick for the first few days but after that I never got homesick again. My parents sent us there ‘cause it was one of the top boarding schools in Uganda and it was cheaper than schools here. I was into metalwork, woodwork, technical drawing and art – even that fan behind you [at Nyama Mama] I’m thinking how I can make something like that. I left UG when I was 15 and went into another boarding school in Nakuru. What I loved about this new boarding school is that it had the resources to reinforce what I’d learned in UG. After Naks, I left for Malaysia for my undergrad.

Titus Naikuni of KQ was the first person ever to buy one of my paintings and pay me for it. It was an abstract portrait of myself. He wrote me a cheque of 140K and personally handed it to me. Titus was one of my Dad’s contacts. Dad and I share a birthday. Well, almost – they are a day apart. He was celebrating his 60th birthday when I was celebrating my 21st. I told him I wanted an art exhibition instead of a party. My Mum told me not to be modest with pricing my art, Sadia tells me the same thing about my body art. I put up seven pieces for exhibition that day and they all sold.

I’m not friends with my Mum on Facebook. Not anymore. There was a time she didn’t like what I was sharing. It was a lot of liberal opinionated stuff. She told me to either stop sharing it or to block her. I blocked her. There’s no bad blood there.

I wing all my body art. I never go in knowing what I’ll paint. I work with the natural lines on someone’s face. I like when someone has a strong jaw line or a long neck or high cheekbones. I choose colours that complement their natural complexion. I paint with round-tip brushes and oil-based acrylic paint. It’s easy paint to peel off.

School is depressing, it doesn’t inspire me. I’m doing my undergrad in fine art at K.U [Kenyatta University]. K.U has the older art school in Nairobi, it’s 50 years old. I started the degree in 2015 but I’m still in my second year. Can you believe that? There’re many times I’ve missed admission to the next semester because I didn’t happen to see an announcement that was pinned to a board somewhere on campus. I was used to having portals and websites to receive my information. I could be an ‘A’ student if I wanted but I’m a ‘C’ student. And I’ve made peace with that. I’m not able to balance schoolwork and my body-art work. I’m doing the degree because I want the papers. I want to get a scholarship and travel abroad with my work. The papers help with that.

My nanny’s name was Roni. Short for Veronica. We’re friends on Facebook. I was born in Malaysia, we lived in the expat community in Sarawak. We moved to Nairobi in 1998, when I was four. Roni is Malaysian. I spent a lot of time with her. She taught me many words in Bahasa. I remember ‘selamat dakang’, which means ‘welcome’. And ‘hitam’, means ‘black’. And ‘gembira’, ‘happy’. Let me show you her picture from her Facebook profile.

Nyege Nyege is the second biggest music festival in Africa. It’s like Blankets and Wine but less blanket-y and less wine-y. People who go to Blankets and Wine go there to be seen. They’re proper and they’re dressed up. But not the people who go for Nyege Nyege. Everyone there is more unhinged. More camping. More dancing barefoot in the rain. It’s held in Jinja, near the River Nile, for four days. Last one was in the first weekend of September. I attended the first edition of Nyege Nyege in 2015. It was a blast. I made it a plan for me and my friends to attend it the next year. I mean, it’s a road trip. And it’s in another country. And you camp. And you drink their booze. And the exchange rate makes it affordable – my entire budget for the first Nyege Nyege was 10K.

I dress as if I’m going to the gym. My personal style is active wear. Like these jeans, t-shirt and [laced-up] Bata ngomas I’m in today is what you’ll see me wear on most days. I don’t own any dresses. The last dress I wore was one my Mum bought me to my sister’s wedding. I have three sisters and a girly niece who loves to vlog for fun, she’s six. I don’t have the dress anymore, I donated it to someone.

I lived with two Korean chicks when I was in uni. They said they were best friends but they could have been lovers, who knows, we each kept our doors locked. It was a two-bedroom house off-campus I’d been assigned to. We barely spoke to each other.

It’s easy for me to let go of things, I don’t hold on. The only thing I have kept from high school is my hockey socks. I played hockey in high school, now I play with the K.U team. They call us ‘The Titans’. I play in my high school hockey socks. I dropped my architecture degree after my freshman year ‘cause it was way too technical. Even when I got on the plane to come back home from Malaysia, I only came with my clothes and shoes. I’d invested in a new wardrobe and I didn’t want to leave them there. Everything else I left behind: my graphics tablet, my carpets, my lamp. I could have packed them up and come home with them. But I didn’t. And I don’t feel bad about it.

I’m good friends with both my exes. I suppose it’s because we were friends before we decided to date. Then we dated and realised it wasn’t for us so we went back to being friends.

I’m stubborn like my Mum and always on my feet like my Dad. He’s retired now but he still all over the place – he goes to the gym at 4 a.m. every day and plays golf and runs a consultancy. I don’t think he’ll ever retire properly. I work mostly on the weekends, at night, til 3 in the morning there. Sundays I completely switch off. During the week I’m busy with putting together the Free Mind Sessions and doing artwork with Hope for Cancer Kids.

I have only one rule when painting you nude: Your entire body must be shaved clean. 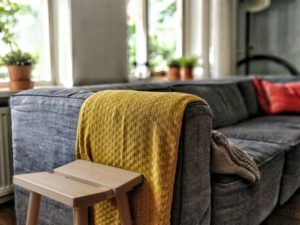 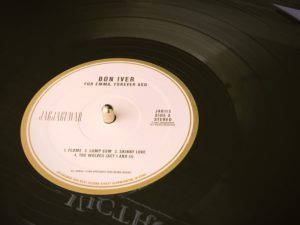 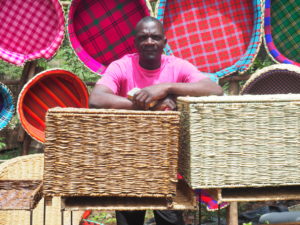 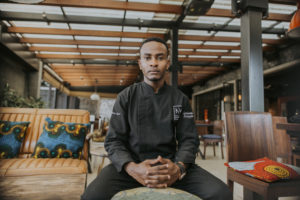 Chef Les: "Food is better than an orgasm" 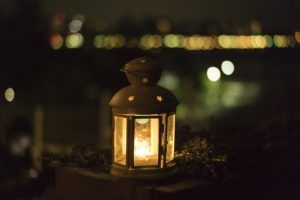 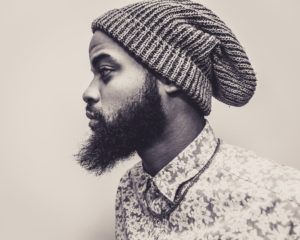 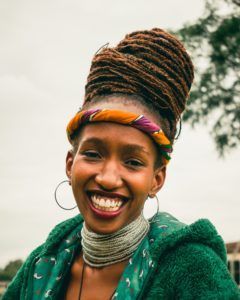 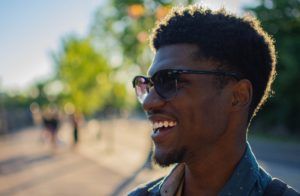