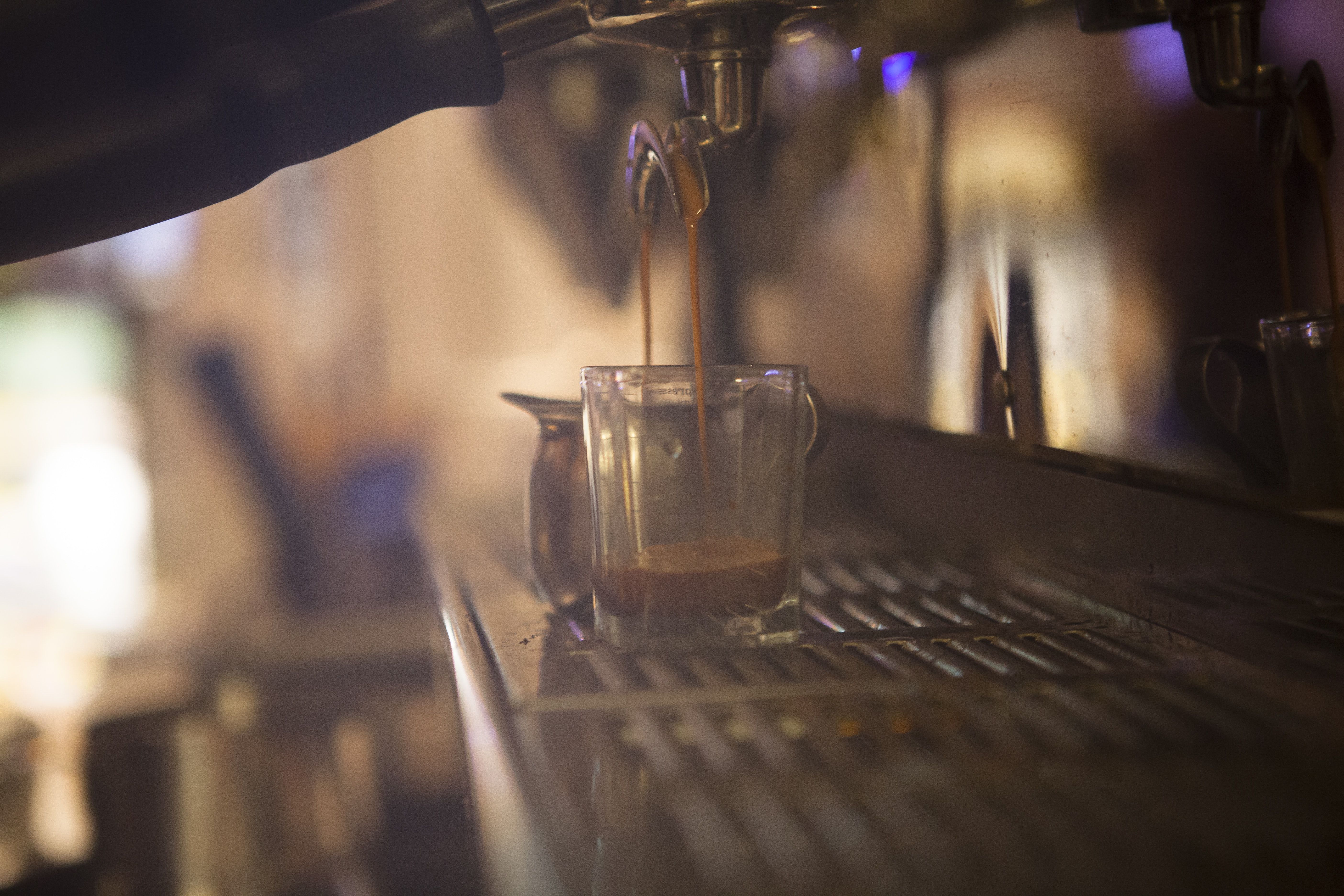 She’s seated across from me at Java, Kimathi Street. She’s tapping some things on her phone and I’ve resigned to checking my Twitter. She’s awfully busy, she says, and she has to apologize each time her phone rings.

“That’s reassuring,” she says giggling, and then goes on to take another phone call.

It’s a slow Thursday evening, rush hour, foot traffic galore. We’re here to discuss Craft It: marketing strategies, where we are so far, stories to pursue, maybe even a torrid love affair.

Bett is coming down with the flu. She has ordered a Dawa, and once in a while she blows her nose on a piece of tissue. I’m on passion juice. It tickles my tongue as it goes down my throat, smooth and sweet.

Bett is rocking a bright purple sweater top and a boyish look. Her dreadlocks are gone, and her eyes are tired, which is probably why, when she first walked into the shop, she went right past me. She went up the stairs and only saw me at the last minute, when she was on the top step, when she peered over the balustrade. She looked in my direction for a solid minute before actually seeing me. Then she came back down, with a girly smile on her face.

“Have you been waiting long?”

I’d arrived 15 minutes earlier, but it felt like I’d been there for only five. I was seated facing the entrance and I was distracted by the painting beneath the stairwell – a painting of a woman on onne knee blowing a trumpet. And then there was the coffee machine on the counter. It was full of coffee beans, packed and piled together like loamy soil.

The air inside the restaurant is warm and toasty. The coffee beans sit undisturbed as the night falls on the town. Bett is on another call as two couples walk in. Boy and girl, boy and girl. Young folk. No older than 24. They go up the stairs and, perhaps finding no table, come back down. Then they take the booth next to the painting. I imagine they’re on a double date.

Seconds later I notice one of the girls is looking in my direction. Her date has gone to the washroom, and the other couple is busy flipping through the menu. Every time I look at their booth I catch the girl, idly staring, slowly rubbing her earlobe between her fingers.

I thought if I looked at her long enough she might look away. But she didn’t. She just continued to glare, with as much expression as a toothpick.

I only stopped looking at her when Bett had rung off. But I wondered whether she thought the same thing, if Bett and I were on a bad date. Maybe she thought I was uninteresting, and that’s why Bett was constantly on her phone.

Maybe in her head Bett and I were having a torrid love affair. She’d look at my scruffy look and think I was just another bad boy, going out with other women. And to tell her Bett is my boss would only stoke her fiery imagination.

Dirty Little Feet
I’m walking her home. Today she’s wearing a skirt. It’s the first time I’m seeing her in a skirt. The fabric holds on to her hips, and ends a few inches above her knee. She has legs for days, smooth and chocolate-colored.

We’re walking along a dusty Kitengela path. The sun is slowly sinking behind us and our elongated shadows stretch out in front of us. I’m looking at our shadows, shoulder to shoulder, the gentle curves of her legs, swinging on the rough terrain.

None of us can afford a bottle of vodka. Today we’re having sober-minded conversations – school, the meaning of life, and the meaning of the bloody Cyber Crimes Bill. And then the focus shifts to our relationships. Then she says that thing that all girls say: “I’m not like most girls.”

She tells me she has more guy friends than girls. And that it’s always been an issue with the boys she’s dated; “I prefer to hang around the guys. But I’d never sleep with any of the boys in my circle, I don’t feel those vibes.”

They go out often, and they paint the town and, sometimes, when she’s in the mood, she might play wingman to one of the guys. That’s just how it is with her. She never really understands girls. Also, if she runs into trouble, she can call them, the guys, because they can throw a punch for her.

“Every girl has a guy she can call when she’s in trouble,” she says.

We’re slowing pace now. The sky is gorgeously blue and her face beams as we near her door. She has remembered there’s githeri in the fridge. She can’t wait to get to it, she says.

And then two small school-boys walked past us. One was taller. Their sweaters hung on their bone-thin bodies. They wore short shorts and their feet were soiled to the shin, like they had been running on a dusty field all day.

The taller boy threw an arm over the other’s shoulder, and they walked like that until they were out of sight. The girl had turned to look at them. And then she said, “Aw, look at them. They’ll probably remember this when they’re old, how they used to dirty their feet. It’s so cool.”

Hans’ Lens
They sit on the same row in class, against the wall. The taller one sits in front. He carries a red bag and participates in class. His name is Eli.

The other one is called Hans. He likes to wear beanie hats and has a bushy goatee. Hans is slim. He doesn’t talk much, and when he speaks his words never quite reach your ear, which is why, when I tried to eavesdrop, I only caught what Eli was saying.

It’s our last class of the semester before exams. Helen’s class, but she couldn’t make it. There was to be a sub but that one didn’t show up either. So class was officially cancelled.

The previous week I had walked out of class with Eli. He towered over me as we walked down the stairs. He had a deep voice that bounced on the stairwells. It was the first time we were talking, and I soon found out he’s into film.

He watches lots of movies and he’s shaking bushes as a videographer. His mentor carries him along to events where they shoot videos. Then he has to sit at a computer, open Adobe Premier Pro, and edit the videos. Turns out we both wrestle with deadlines. Only, he doesn’t drink vodka. And he doesn’t think about breasts all the time.

“I’m a boring guy,” he says, smiling. He’s one of those guys who are quick to smile. “I want to go into mainstream media but I’m afraid I won’t have the artistic freedom.”

“The girl who said you were boring.”

I get the sense that Eli isn’t one to spend his daylight flirting with girls. He’s more interested in getting his degree and earning his bread. We walk to the cafeteria and sit at a table. His next class is in 10 minutes. I’m done for the day.

“I don’t know. It’s still early to go back home. Maybe I’ll find a girl to flirt with.”

He asks me if I’ve watched ‘The Hitman’s Bodyguard’ (no), and ‘Mr. Robot’ (Not yet). And then we talk about ‘Game of Thrones’ for a while. The sun is peeping out. The cafeteria is filling up with student, bantering, coming out of class like a catalogue of colors. Glass cups clink in the kitchen. The air smells like chocolate donuts. A car horn blares in the distance.

“No, I don’t know who that is. I’m talking about the one in our class. He sits behind me?”