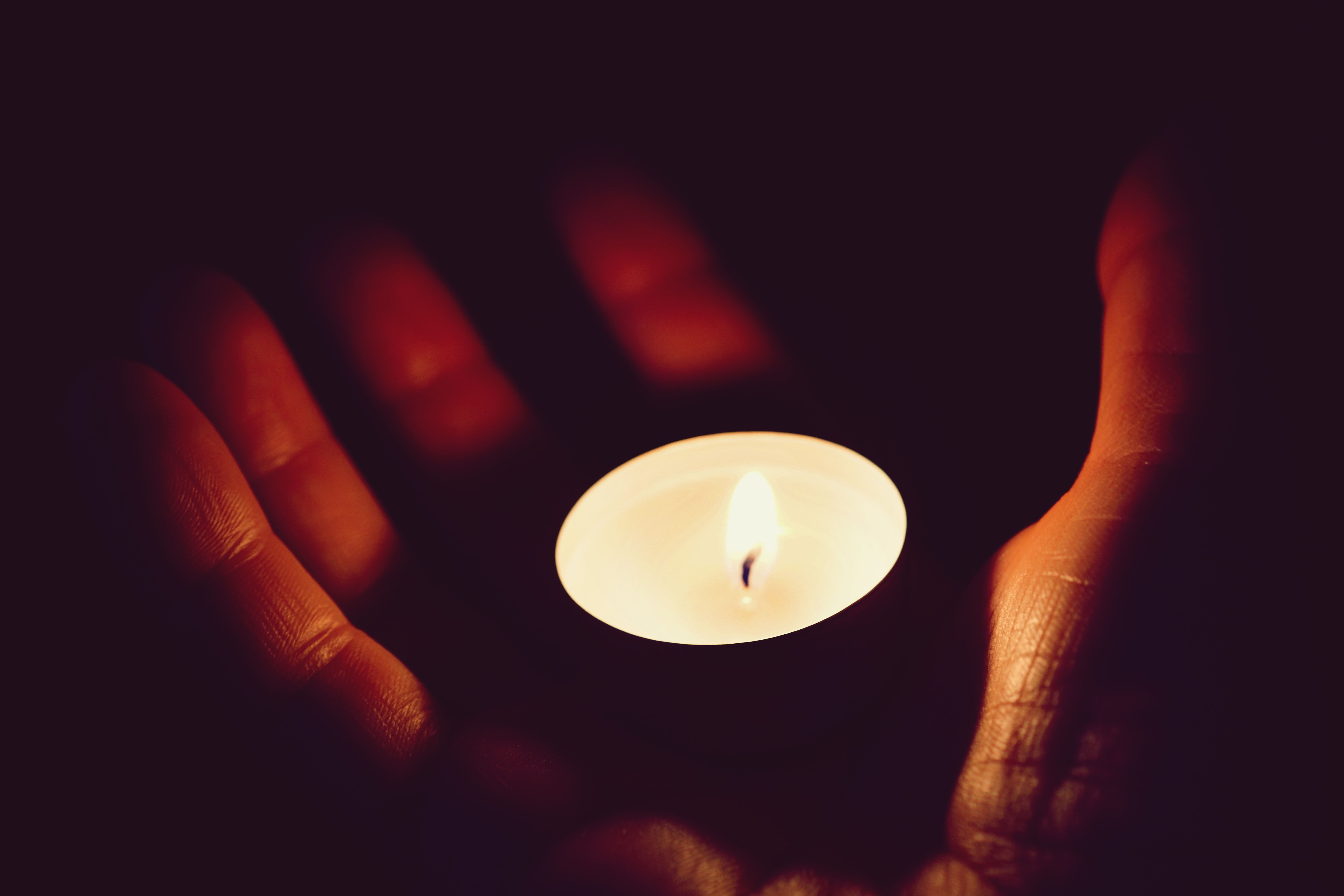 Cancer took her away. It came and tore Helen away from the beacon of her life. It came and ravaged Mom’s body. And, in the last few weeks before her death, it had rendered Mom unable to talk.

Helen is the second born of five daughters. She still remembers the day her Mom died, even though it happened decade ago.

“That morning the sisters called each other up and said, ‘We haven’t gone to see Mom in a while. Let’s go today.’ We went at around 11:30a.m, along with a bunch of other friends. We’d taken her to a hospital somewhere in Nairobi West. I don’t know whether it was Equator or something like that.

“So all of us are there. You walk into the room, and you cannot believe that this ghost of a woman is our mother. My sisters were crying, and we could not believe it. She was on oxygen and I just stood there wondering: how does somebody live like this? Struggling to breathe, so thin and so frail…”

Then the nurses came in and asked them to step out. It was time for Mom’s bath. They went to a café down the street for tea while they waited. But half an hour later they were called back. They sensed something was wrong.

“So we all rushed back. And guess what? There she was. She was as dead as a stone.”

That phrase – “dead as a stone” – stews in the silence between Helen and I. And then it slips into the bookshelves and picks up a copy of The School Paper.

We’re seated in a room christened Involvement Room, which dabbles as a faculty kitchen. There’s a steaming water kettle next to the sink. This is where old copies of the School Paper are stored. They stack high on the table, and some on the floor. The room smells like a watered forest.

Helen and I are penned into the corner by two bookshelves set perpendicularly against the wall.

She’s just from class – Group and Interpersonal Communication, room 407 – where she administered a CAT. The paper was divided into three sections. The first two were multiple-choice questions. The third was titled ‘short answers’ – describe-explain-evaluate type of questions.

She paced soundlessly around the room while the students underwent an intense biro-chewing section three.

I was one of them.

My first class ever with Mrs. Maleche went swell. She had started by asking us to say how we felt about ourselves. The topic was self-esteem. And I could tell we’d get along just fine, because I just love to talk about feelings.

She had held her chin as she listened to what we said, her wedding band glittering in the morning light. Sometimes she crossed her arms against her chest. Her bespectacled eyes never left the speaker. Her movements were graceful and deliberate and she gestured plenty with her hands.

But back in the Involvement Room, recounting past days with her Mom, with a straight back and brown earrings dangling from her lobes, Mrs. Helen Maleche chokes back tears.

“I could not notice what was happening in life. My life was built around who my mother was. She made me the person I am now.”

Helen started teaching in April 1991, after she finished her undergrad. It all began with a posting to Western province. She was 22 years old and doubtful as hell.

“I didn’t know how to operate at all. I didn’t know about those stoves. There were some funny things we did. I was just naïve.”

It would be at this post that she’d meet her husband, with whom she’s been married to for 23 years. He was a Christian, and it was one of the first things she liked about him.

But their marriage has had its rough days, she says. They fought constantly for seven years. Words were hurled back and forth. Then they’d go silent on each other for weeks on end. Sometimes she’d cry all night because of something he said.

“Where I come from women were only mentioned as an afterthought. So when I got into the marriage I felt we were giving 50-50. I felt I wasn’t going to be one of those women who carry bath water in a basin for their husband. I was not going to be stood on by my man ati because I’m a woman. That was the problem I had.

“A lot of our problems came from me wanting to feel like a woman who was recognized, and I thought that that was the way to do it.”

But there were good times, too. Before the kids came they’d get off work and instead of heading home they’d go for road trips and do all sorts of crazy stuff.

They are in a much better place now, she and her husband, with two daughters of whom Helen says are teaching her how to be the mother of adults. “This is harder for me than when they were small.”

Her girls were four and six years old when Helen went for the first surgery in June 2004.

“I thought my teeth were shaking because of her, my daughter, because I was still breastfeeding even though she was three.”

At the time a lot of changes were going on at school. Helen was transferred to the campus in Athi River.

“My biggest issue in life had been balance. So this new entrant of going all the way to Athi was a big thing for me. Anyway, when I went to see the doctor he said it seems I have a cyst in my jaw.”

Helen decided to go for a second opinion. And there she was told she’d need surgery in three phases, and that they were complicated procedures. The doctor also said she’d need to come to hospital with her husband.

“Ironically that really helped us because when we had a common enemy, we stopped being so divided in our opinions. We really came together. That was April, and the doctor gave us two months to think about it.”

Helen’s husband went on a 40 day fast to pray for healing. “During those 40 days I never worried about the implications of the surgery. I was happy about life. It was a very good time for us. I’m happy that he fasts, many times I tell him he’s covering us.”

June 8th came. The day of the surgery. This first surgery took 12 hours. The doctor had to open her up, remove her jaw, and then put a metal plate inside.

“My husband says that the thing that broke his heart was seeing his wife’s jaw on a platter.”

When she woke up Helen was happy to be alive, even though her face was swollen up to four times her head. It took three months to get better. She stopped working.

“In the process of stopping the work I was now able to hear what God was saying. I was able to hear God speaking to me. I think it’s because I had slowed down.”

The next surgery came in August.

“We decided to have it on our wedding anniversary. This time the doctor took a bone from my hip to make my jaw back, and it went very well.

“But those tubes they were using to feed me were making me so nauseated and I asked the doctor to please remove the tube because I’m awake. And when he removed the tubes everything clamped up and I stopped breathing. It became such an emergency.”

The doctor couldn’t put a tube through her throat because there was already too much going on. He had to break her teeth to make space.

“They had to wire me. By that time I had spent 15 hours in surgery, and then I was taken to ICU. And when I woke up I just wrote on my husband’s hand: cold.

I didn’t know in ICU you stay naked.”

It took another six months to heal.

“The surgeries were the least of my worries. How I looked was the greatest. The fact that I couldn’t walk and be normal, the fact that I had slowed down, I just couldn’t cope with all that.

“Sometimes I think God wanted to catch my attention. In my mind I went straight to heaven and asked Him what he was doing with me. What kind of life do you want me to live like this? It was totally upsetting.”

The first time her daughters saw her in hospital they cried and ran away and hid behind their dad’s trousers.

“When my kids were small I was the mothers who had this picture of how a child is brought up. My children had those pussycat hairstyles with the beads, and they would eat fruit and I would do all those things a good mother does, and I would not leave a dish in the sink. Never. My house was running perfectly.

“I was also trying to get my PhD at that time. So I think I was those super moms, kind of putting everything in order, wanting things to work out right so I could feel that I’m a good wife. The kids just followed the routine.”

When Helen was on sick leave she began to appreciate her children more.

“I began to see that God has given me permission to nurture these kids. So I developed a stronger bond with each of them. I was at home all the time.

Helen tilts her head and shows me her jaw, it’s quite square. She has stitch marks under her chin.

So how does Helen define success?

“Before I got sick success was what I was doing: climbing up the career ladder and buying the houses and getting the cars. I thought success was driving, staying in a good place, taking your children to whatever school you wanted. It had a lot to do with money. It was being a member of a club. I had a material idea. And of course going to church, it was all together.

“But after the sickness God made me see that my value was in who He has chosen me to be. My concept of success really changed: that I am loved by God and that I have a good family.

“My success was in what God has called me to do. That’s why I celebrate that I’m a teacher, because I feel I’m a teacher called by God.