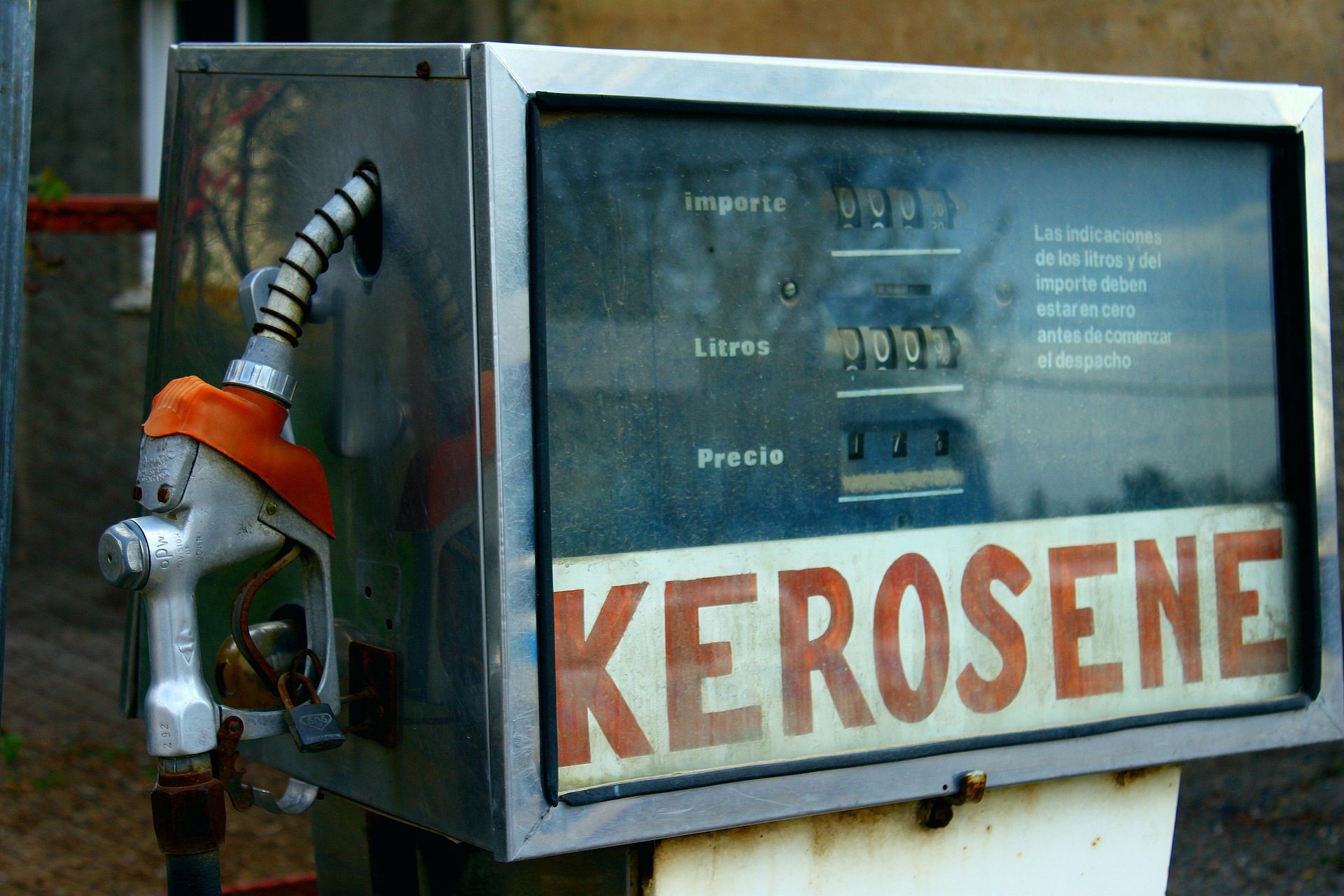 But the guy who mans the kerosene pump at Kobil does. He wears a sweater underneath his lab coat even though it’s a few minutes past noon and the air is hot and parched. He sees handfuls of people each day. He injects kerosene into their jerry cans, then they go home and make their food with it.

He’s only a cog in the wheel of the giant that’s Kobil.

But much has changed in Kitengela. The bus stage has been moved further away, and the town council doesn’t allow PSVs to pick and drop at Kobil anymore. During the night, though, when kanjo has parked it for the day, the cats come out to play.

Kobil had more clout before the stage was shifted. Kobil was where Kitengela rotated.

If you ever got lost in Kitengela you’d just ask to be pointed in the direction of Kobil. There you’d find everything you needed. Mats to Isinya? Go to Kobil. Chicken feed? Behind Kobil. Nice overpriced jumpers? Kobil still. Potatoes for days? Stand at Kobil.

Kobil was that place.

When you look at Kobil from inside a car it looks squeezed (Kobil, that is, not the car); you probably missed it when you were going to that nyama place that one time. Kobil will look like it’s been tucked away into a corner as an afterthought. Kobil will seem like a blue dot in the vast ball of dust and heat. And you probably wouldn’t see the kerosene stand either.

Only on foot will you see the magnitude of Kobil. You’ll feel it beneath your feet, activity left right and center. Buying and selling. You’ll smell smells of fried fish and smokies. And pineapples. You’ll come by drunks and men in hats with cigarettes smoldering between their fingers. You’ll meet sock peddlers and millennials with funny hairstyles.

Don’t make eye contact with a bodaboda rider unless you want to board, otherwise he’ll psst at you until you get to your house. And, if you stand at Kobil, at a very strategic angle, you’ll be able to see the hot chick who serves ice cream at Creamy Inn.

No one knows Kobil like the guy at the kerosene stand, though.

He uses a red pump. The stand is set up under a mabati shade along the low perimeter wall. He leans his body against a metal bar while he serves his customers. He keeps a cool eye on the rolling bank of numbers on the counter. Price in liters.

The customer being served looks at the numbers too. There’s a queue of waiting customers, they also look at the numbers. And, only a few inches away, on the driver’s seat of an illegally parked car, I’m also looking at the numbers.

All around me Kitengela is abuzz with movement. People come and go. There are shops and bank agents and market stalls and a pink-walled building that rises to the sky like a tattered giant. Its face is plastered with signboards of Petanns Driving School, and Minto Real Estate, and O’lale Agrovet. It’s ugly, to tell you the truth.

I’m stewing in the car. Thick drops of sweat run down my temple. I’m wearing a grey sweater that has now become prickly against my skin. I didn’t think the sun would come out. And I didn’t think 25.84 liters of kerosene would cost two thao.

I’m running errands with Mom. She needed to buy potatoes and I wanted a reason to get out of the house. At noon we parked behind Kobil, right next to the kerosene stand. Mom stepped out and walked towards the market place. And I was left on the lookout for the yellow lab coats of kanjo.

Only when the pump stopped at 2,000 did I pause to look at the guy controlling it. What did he think about the price of kerosene?

He held the pump with one hand and money on the other. A bunch of crumpled notes sat quietly in his clenched fist. I thought it was funny the way everyone was staring at those numbers.

Perhaps the only person that wasn’t looking at the numbers was this chick in a pink shirt with a colorless jerry can. She didn’t queue up like everybody else.

She stood beside the pump man. They talked heartily for a few seconds before the pump man moved to the next customer. Meanwhile, when she was sure he wasn’t looking, the chick brought out her phone and checked her reflection on the screen.

I watched as she parted her lips and checked her teeth as well. I thought it so bold, how she’d just check her teeth in public like that? What was she checking for, anyway? Did she have a kale stuck to her teeth?

I hoped she didn’t have a kale, because that would put the pump man in a weird position. (I know this because I’m a man. Also because it’s happened to me before, that awkwardness of a chick with kale stuck in her teeth.) Now he’d have to choose whether to tell her or not. If he told her she’d get self conscious and find a reason to go home, and he wouldn’t get the chance to flirt with her.

But if he didn’t tell her he’d be forced to actively ignore it, even though that green piece of kale completely stains the harmony of her face.

His work was to serve kerosene. He worked for Kobil. His red pump was the source of fire in many homes. He did his part in spinning the commercial wheels of Kitengela. He braved the dusty air every day. He wore a lab coat, for chrissakes. A lab coat! But nowhere in his job description did it say he’d be required to point out kales in people’s teeth. Let alone a chick’s teeth.

But maybe there was no kale after all. Maybe when the girl checked, she saw that her teeth were white, as white as rows of maize on a cob that just’s been harvested, and she felt good about herself. Now she could talk to the pump man without reservations.

Maybe while his pump was in her jerry can he’d regal her with tales about Kobil’s glory days. He’d tell her about the time when the bus stage was still across the road, and how he hated the blaring matatus. He’d lament over his favorite pineapple seller, who had moved his business to the new stage.

He’d explain to her how the pump worked, and then he’d say, “Do you want to touch it?”

The question would catch her off guard. She had never touched a kerosene pump before, let alone a red one. And the moment she puts a hand through the pump she’d realize it doesn’t weigh as much as she thought.

And then she’d chuckle, her shiny teeth sparkling in the sun light.

Heck, maybe the pump man might be so charmed by her pearly whites that he might add a few extra drops of kerosene into her jerry can.

But he won’t – he can’t – because the pump man, unlike most men, knows when to stop.
—-
Mike blogs at www.mikemuthaka.com

12
PREVIOUSBoys just wanna have fun
NEXTPhysics, and a little bit of Chemistry