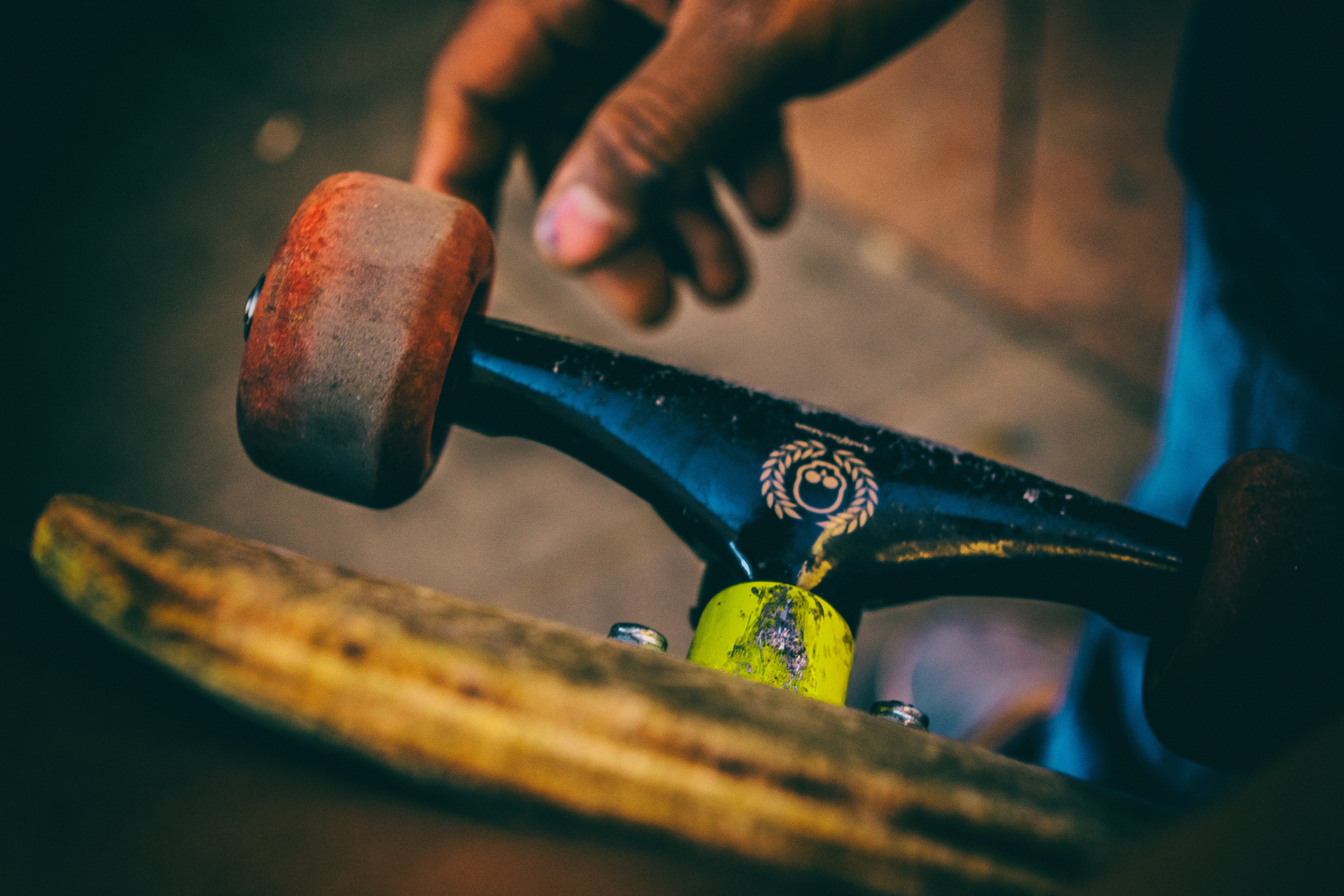 Have you ever stood on Mama Ngina street, right outside International House, and one of the guards on the front steps is tapping on his phone, and a lady in a long dress is walking into the building and the sun has gone behind some clouds and a gentle breeze is blowing and the hoisted flags are flapping, and the fountain is ejaculating water from the spouts, and it rumbles on into the evening in concentric circles, and by some thoughtful design it never spills out of the pool, and it feels like time has stopped, and all you want to do is take a piss?

That’s how it was when I saw skater boy. He had frozen time with his skateboard, and the more I watched him the more I wanted him to fall over.

I was on my usual rounds in Kitengela. This time I had taken a back route to come out on the other side of the main road. This path had less dust and even less foot traffic. The chances of getting run over by a bodaboda were slim. There were kiosks and houses and kinyozis and things, the sun was out in all its glory.

Skater Boy sported a green tee. He was standing among a group of other boys, watching another boy take a run at his skateboard.

Their playground was a concrete floor outside an orange-walled building with blue metallic windows. The windows were shut. There was a single door that lay open, leading to a dark corridor.

The skateboard was improvised; nothing more than a plank of wood and a set of wheels from actual skates. The plank had been stitched with black tape, like it had been broken a few times. The wheels rolled on the concrete with a hollow-sounding growl, and the boy atop it looked like he was having the time of his life.

Skater Boy stood motionless and erect on the doorway. He was about 10 years old and he had a sanctimonious look on his face, that look that’s familiar with all boys who let other boys use their toys.

He minded how the other boy skated. He looked impatient. It seemed like he felt pain just seeing another boy on his board. He wanted to get back on his skateboard.

I felt jealous, really. I’ve always wanted to ride on a skateboard. I envied Skater Boy for his craft. And I was this close to walking up to him and asking him if I could give it a try.

Across the road was a nursery school – Rare Green Talent School. There were colorful paintings on the perimeter wall, pictures of happy children with teddy bears and ponytails. The name of that school struck me as funny. Rare Green Talent.

Maybe Skater Boy had gone to Rare Green, and there he discovered he had a knack for making things. And his rare green talent was designing skateboards.

Also watching the boys was an elderly woman seated by a fruit stand. She had pineapples and onions and tomatoes and carrots. Her produce had been piled together, interwoven like the materials for a nest. A bunch of bananas dangled from a point above the stand. She had placed herself on the far end of the orange building.

I wondered what she’d think if I asked Skater Boy for a spot on the board. Was she Skater Boy’s mom? Was she proud of her boy’s rare green talent?

At some point Skater Boy picked up the board and put it under his armpit. The game halted. The moment became still. The mood changed. A dark shadow came over them. There were pleas to resume the game. “Mi next. Mi next.”

Skater Boy looked at them with a dead expression on his face, almost as if deciding who should go next. You could tell he enjoyed sapping the fun out of the game, being all smug and shit. Everyone jostled. Everyone wanted to go next.

I hoped he’d see me and ask if I wanted to go next. But he didn’t. Instead he walked away, with the board still under his arm, and the other boys followed him like a pack of dogs. It was revolting to watch, really. How could one boy command so much power? How many other rare green talents did he have? Couldn’t he just let the other boys have fun?

Later I would chance upon two high school kids walking home. They were maroon-uniformed and slow-paced. It was around 5:30p.m and I was coming to the last turn that would bring me back to the main road. Once in a while the boy would throw an arm over the girl’s shoulders.

There was a black gate up ahead, and the couple looked to go inside. Only, they didn’t open the gate, or knock, or do anything at all. Their actions looked suspicious to me, and I wondered what they were up to.

They both went silent when I walked past. There was something fishy going on. I had a lot of time on my hands. I wanted to see what they were up to. So what I did, I walked along for a bit then turned around, going back the way I came.

The couple was standing closer to the gate now. I fancied the boy was walking the girl home. Romance and gallantry was in the air. They hugged, lingering on each other’s bodies like they were afraid to let go. They hugged and hugged, and they were still in each other’s embrace when I walked along.

Then the sun slid behind a dark cloud. All the shadows disappeared. The air was saturated with a fine bouquet of silence. It was like International House all over again. A fresh touch of fantasy had been added, and it felt like someone in up heaven had turned down the light with a fat knob.

For a moment I mused that God had gone to sleep. And that if Skater Boy was to get on his board now he’d surely fall over. No rare green talent could save him.

I turned around again to look at the couple. And just as I suspected, they were up to some cheeky business.

They were making out. The girl had her hand around the boy’s neck. The boy had his around her waist –interlocking lips, swapping saliva, touching tongues.

But boy was I excited, not only for the young couple but because it suddenly dawned on me that I had never witnessed such a shameless public display of affection. It’s always in a movie. And if there’s some kissing going on around me I’m usually too drunk to notice. Otherwise I’m the one swapping saliva.

And then I thought maybe God hadn’t gone to sleep after all. Maybe He was just setting the mood for those two love birds. So He turned the knob and smiled cheekily, thinking, Atta boy, have yourself some fun.
—
Mike blogs at www.mikemuthaka.com