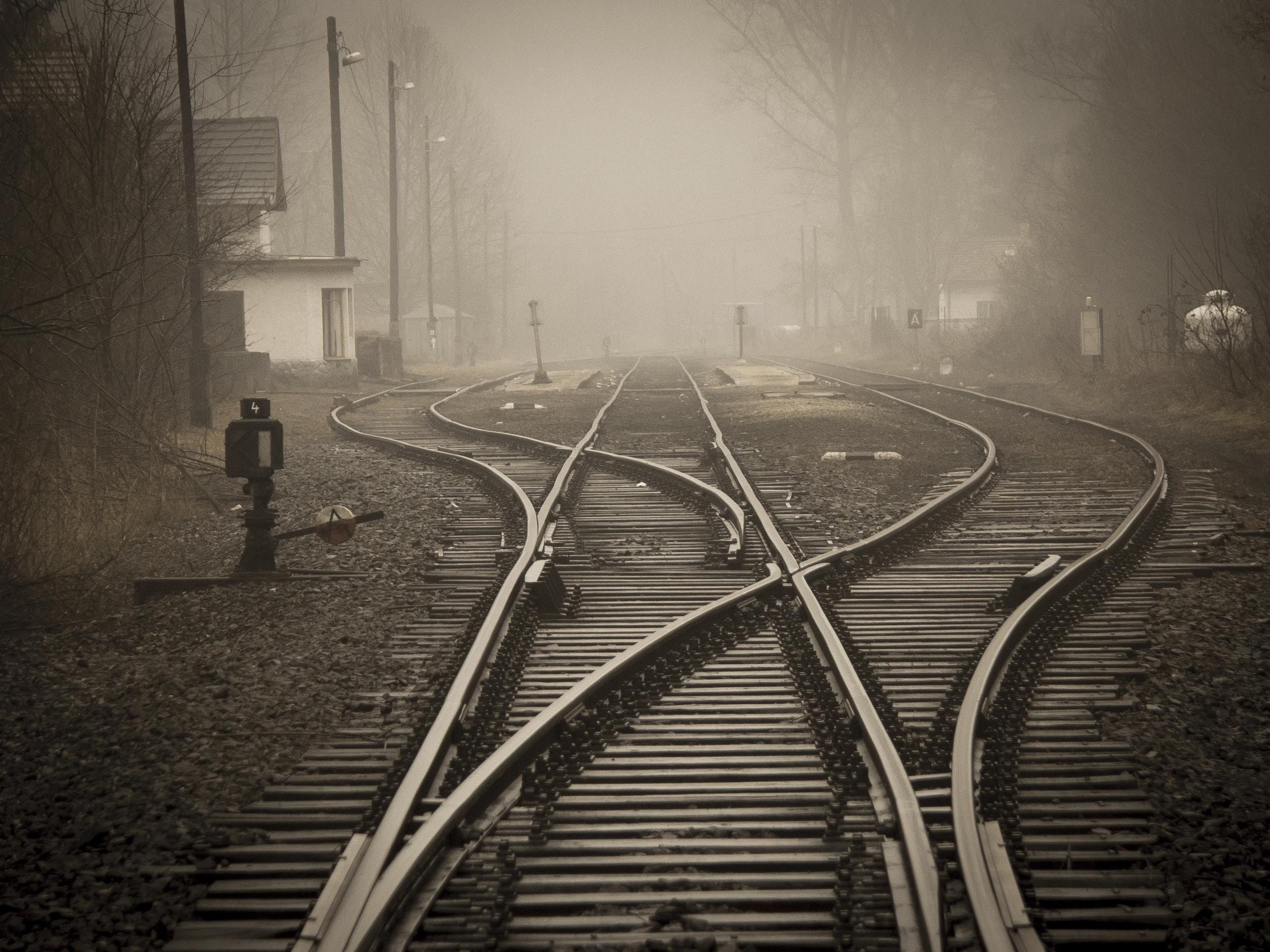 It was one of the first movies I ever watched on DVD. ‘Planes, Trains & Automobiles’ starring Steve Martin and John Candy. The DVD cover was bluish and it showed an angry-looking Steve Martin. It’s a movie about an obnoxious salesman who crosses paths with a man trying to get home in time for Thanksgiving dinner (or was it Christmas?). The salesman was fat; he’s the same dude that played Uncle Buck in the movie ‘Uncle Buck’.

It was chaotic comedy, ‘Planes, Trains & Automobiles’. Lots of travel, lip biting, and gnashing of teeth. Slapstick humor. I hadn’t hit puberty. And I couldn’t get enough of it (the movie that is, not puberty), even though I rarely understood what the fat man was saying. But from what I could gather he was oblivious as hell, and silly, and so talkative that a man almost missed his family Thanksgiving dinner.

(I really can’t remember what holiday it was.)

I can still hear Steve Martin grunting somewhere in the back of my head. And I can still see the doe-eyed fat man opening a car door and trying to squeeze inside.

But there’s one particular scene that has stuck with me all this time.

A knackered Steve Martin is finally boarding the train that will take him home. All the chaos has died down and it’s now time to say goodbye to Uncle Buck. There’s a momentary silence between them before Steve quickly steps into the train. The train leaves. Uncle Buck picks up his luggage and walks away.

Meanwhile, on the train, Steve is having a moment. He calls to mind the last couple of hours. He replays the moments he’s had with Uncle Buck – the long road trips, the cramped motel beds, the hitchhiking – and it dawns on him that he’s developed a sort of liking for old Buck.

So he heads back to the station, where he finds Uncle Buck seated on a bench. The station is empty and dark. Steve asks him what he’s still doing there, and Uncle Buck says something along the lines of, “I don’t have a home to go to.”

Steve invites Buck to dinner. He takes him to meet the family and it’s all happy clappy. A friendship has been forged out of the most inconvenient of circumstances – the apt theme music was cued and I jerked into tears every time I watched it.

Ol’ Man is getting the car warmed. Mom is hollering at me to hurry up, else we’ll get caught up in traffic and she’d be late. I grab my schoolbag and put on my shoes at the door. It smells like rain.

Planes
A new hotel has sprung up in Syokimau, it’s called the Hilton Garden Inn. It’s made up of one huge block of colorful concrete. It seems cozy as hell in there. The hotel is situated right past the airport, it looks like a costly stop over.

The windows overlook the highway, and every time I look up at them, I hope to see someone at the window bare-chested and idle; a chick, preferably.

We got tangled up in traffic across the road from the hotel that Wednesday morning. All the windows were shut. The building looked cold and dark and lifeless, save for the uniformed guard standing at the entrance.

Then I saw a plane shooting up from somewhere behind the hotel. It soared bright and white and constant, blinking lights on its massive wings.

I watched as it climbed into the grey, all the while wondering about the passenger perched stiffly in his seat, watching the ground diminish to a green dot.

The disembodied captain would come over the intercom and make the announcement: Flight 155 to Heathrow. The time now is 6:15a.m. Estimated flight time is eight hours and 50 minutes.

Other passengers would whisper around his seat. A flight steward would push a food cart down the aisle; he’d look at her slender frame for a moment before returning to the window, staring past his reflection and into the blue.

I imagined he was going home to London after a week in the country. His firm had sent him down here to meet some execs and strike a deal. Maybe he stayed at the Hilton Garden Inn.

He had nailed the presentation. The execs were happy to sign the documents. He could now move around and see the country. He enjoyed the weather and the culture. And the women. He’d go back home and say things like (cue in Br’ish accent):

“They have these things called matatus over there, speedy little things with all sorts of graffiti on them. You should have seen them, Rupert!”

“The hotel was mighty cozy.”

“Didn’t fancy the morning traffic, though.”

“I had a view of the highway and it looked ghastly, Rupert, absolutely ghastly.”

The first tender glimmer of sunshine has stolen into the sky.  A white Toyota Corolla 90 hatchback rolls by on the next lane. A short man is at the wheel, late 40s maybe, strands of white hair. The entire dashboard is covered in brown leather. Manual transmission. The man absentmindedly shifts gears as he comes to a stop in traffic.

Another man zigzags around the line of automobiles on foot –holding up a box of various chewing gums. (“PK tropcos, tropcos PK”) A newspaper vendor clutches at his wares as he makes his way to the back of the traffic line.

The driver looks lost in thought, never lifting his eyes from the car in front.

Seated back left, I see a shock of hair. A girl. Dark braids. She’s curled herself into a ball. She has a green backpack next to her. The two occupants barely say a word to each other, and there wouldn’t have been anything to tell you that this was nothing more than a cabbie and his fare.

But I assumed he was her dad. They looked comfortable in that bubble of silence, like their relationship was weaved with emotionally complex material.

Then the man opens his door – a small gap. At first I think the car has stalled. The girl doesn’t stir in her seat. It’s only when the man sticks his hand out that I realize he’s fetching a newspaper from a vendor, The People’s Daily.

I wondered about the girl – where she schools, if he picks her up in the evening. Does she ever feel embarrassed about her dad’s old Toyota?

Has she ever taken the train?

Trains
At 6:30a.m the parking lot at Syokimau Railway Station is already full. The traffic line has gone all the way back to the tip of Mlolongo, it’s slow but moving. The dawn is large and hoary, stretching infinitely in all directions.

I look at the people driving into the Railway Station and I wonder how fun it must be – to drive to the station and take a train to work. I hear they have WiFi on the train. And that there are only two trips, one in the morning and the other in the evening. The schedule is tight.

I wonder how cool it would feel to be worried about ‘missing the train’. I wonder if the seats are cozy. How smooth is the train ride? How strong is the WiFi connection? And what of the people who take the train? Do they have old tickets piled up in their car’s glove compartment?

Maybe there was another family, like ours, that was running late that morning. The man would be pissed because his woman takes forever to dress up. Over the years he’s learnt to bottle it up. But today he simply can’t be late. He has an important meeting with the seniors.

He’ll be warming up the car and the lady will still be in the house, doing God-knows-what. The clock will tick. And his patience will run out.

Then, with the engine still running, he’ll step out of the car and go back into the house. He’ll call out to her from the living room, “Victoria, I told you I don’t want to miss the train today. What’s the hold up?”

And when she finally gets into the car she’ll say, “Sorry. I was deciding on the shade of lipstick.”

“Are you serious? I’m going to be late because you were deciding on the shade of lipstick?”

She’ll remain silent as he drives out of the compound. Then he’ll say, “I swear sometimes you’re just like Uncle Buck?”

They’ll drive on steady in silence then she’ll turn to him and say, “I swear sometimes you’re like the girl in this relationship.”

And that will be the end of that. They won’t talk to each other again until Nairobi, when they step out of the train. They will say a quick goodbye before parting ways.

Later that night, having nailed his presentation with the seniors, everything will be back to normal. He’ll be in high spirits and they’ll crack open a bottle of wine. And then she’ll whisper the secret words, for when she’s in the mood: