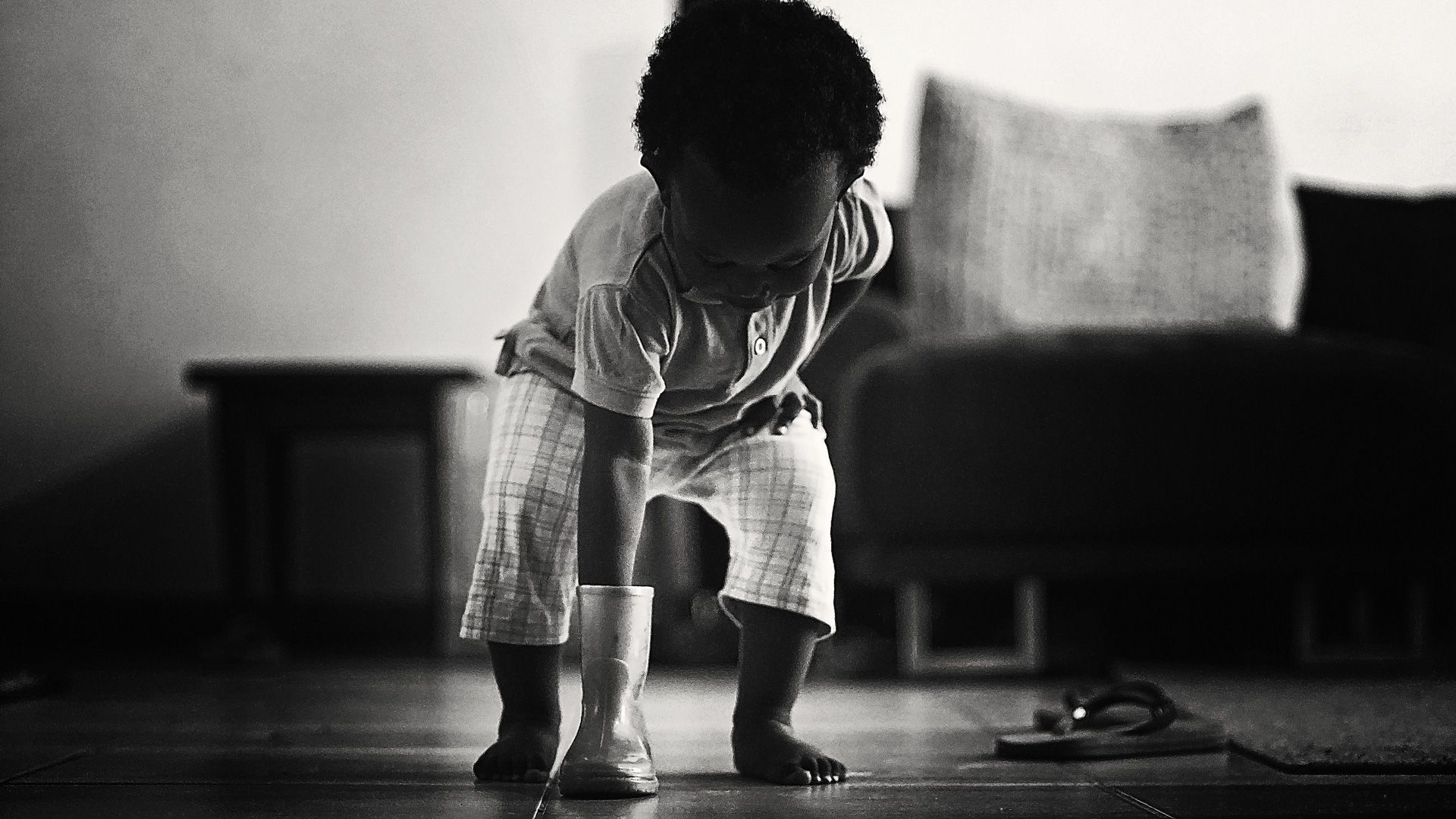 Tamara Nerima wishes she would live in her son’s head for just a day. Just one.

Nate is three. Tamara, every so often, posts her convos with Nate on her Facebook wall. (Do we still call them Walls?) These snippets of convo give us – her pals – glimpses into Nate’s mind.
It goes beyond kids saying the dandiest things – Tamara says that it is about her baby growing up too quick and right before her eyes.

Get this, on Monday, Tamara told us how Nate farted then went on to sing Maxi Priest’s Close to You. Tamara described the fart as the sound you would hear from a “dirt bike or nduthi”.

Last Thursday, Nate was talking religion. (Or something along those lines, I don’t have context.) Nate said he needs another God. Tamara asked why. He said because God didn’t fix me, “I need God to fix me.”

Early this May, Nate pointed at Tamara’s armpit stubble and tickled her to giggles. Then said, “But Mummy, you have to take this hair in your armpit and put it back on your head.”

The week before that, after three bedtime stories, Nate told Tamara he has a girlfriend. She was bemused and asked who. He hesitated. She prodded, Tell me, Baba. “It’s Elisa,” Tamara laughed, Elisa is your cousin. “Ayanna?” Tamara laughed harder, Ayanna is also your cousin. “Kelsey?” Tamara was rolling on the floor by this time. In a bashful whisper, he finally said, “No, no. It’s Njeri, Mummy. Njeri.”

And so it goes.

In between the cracks of all these convos, I asked Tamara how she disciplines her little man. (Party pooper.) How she returns his cheeky behind to the straight and narrow. She broke it down for me.

In the space of a day I find myself using all these phases at least once. As I look at those words, I think to myself, Anyone reading this probably thinks that my son, Nate, is a handful.

In all honesty, he is not. Nate is just a regular three-year-old boy grappling with growing pains. He wants to explore and learn. He’s exercising his new found freedoms of movement and speech. It’s what kids do. As long as something is not dangerous to him and the people around him, I let him be.

However, I am his mother and I have to make sure that within this explorative and adventurous nature, he doesn’t develop bad habits or become rowdy – there is a fine line between exploring and being naughty.

Disciplining a boy as a single mother is not easy. There are so many faucets that make this a parenting maze.  The most obvious is he is a ‘boy’ and I am a ‘girl’, as he likes to say. It’s a minefield and there are all these eyes on us. He is growing, and changing, and this is determined by everything around him. As a parent you have to be the constant, the voice of reason and the reality check.

I read many books on raising and disciplining your kid. There is no absolute way of doing it. Heck, there is no manual that is right. There’s the good old fashion rule by the fist, then there’s the extreme opposite of let mother nature teach your kids. In between these two polar opposites is everything else. Then I thought about how my mother raised me and if I want to raise Nate the same way.

I am very self aware and I am a people watcher, I treat people differently depending on their temperament because I believe this brings out the best in a person.

As Nate grows up, I am applying this same principle. I know my son; I have watched him as I tried all the different methods of disciplining him. I know how he reacts to different things and so when I reprimand him, I do my best not to bring out the worst in him.

When Nate was about a year and a half, I realized that kids mimic you and your behavior. Kids are sponges and pick up all your habits. They don’t distinguish between you and them. If Nate hears me shout at him, he will shout back at me because Mummy shouted, so it’s OK to; if Mummy says something, he will repeat it just because Mummy said it.

I made a conscious decision not to raise my voice – or use demeaning, negative language – when I am scolding Nate because all he did was imitate me. And it scared the hell out of him, too. If I said, “Nate, stop it!” he’d yell right back, “No, Mummy, you stop it!”
I don’t yell when I am scolding him. Instead I change my tone of voice to an octave lower. He immediately recognizes that it’s Mummy’s serious side and stops whatever mischief he’s up to. He will push boundaries sometimes. And only then do I resort to the good ol’ hand – I pinch him and put him in a naughty corner. It’s a bit like a time out where he can cry his little heart out and think about why he was pinched and is seated in the naughty chair.

On other occasions, I would benchmark Nate against other kids. Like if Nate was jumping on the sofa, I’d tell him, “You see, D is behaving; he’s not jumping on the chairs like you”. I had to catch myself and stop telling him that because he began using D as his benchmark, “Mummy, see, I’m behaving like D.” In essence he was trying to be like D. That’s not a good direction to start your kids on because it kills their self-confidence. Never benchmark your kid against another kid. Ever.

The language you use is also very important. The way you address your kid has repercussions on them and their self-esteem as they get older. If you keep telling your child that they are bad when they do something wrong, they may grow up believing that they are bad. They may even begin to act it.

Getting your child used to negative affirmations from such an early age has a lifelong effect. So rather than tell Nate he’s being bad, I use softer terms like ‘naughty’. It’s serious enough to make him think about what he’s done, but it won’t dent him as much as telling him he is bad.

These two methods have served me well. He tends to calm down and go into deep thought then comes to me to apologize because he knows he has done something wrong. This gives me a chance to comfort him as well as explain to him what he did wrong and why Mummy got upset.

Sometimes, when he gets really upset and throws a tantrum, he often says he will tell on me to his Dad. That is the constant thorn in my side. I am a single mother to a boy of three who is looking for a father figure (It’s even gotten embarrassing because he calls his best friends’ father, Daddy. Imagine that awkwardness with his wife).

I have learnt not to take this personally. He is simply looking for the good cop. He was used to having his Dad there to run to but now, he’s not there and there’s a void he needs to fill. He is too young to understand the situation so I feel like sometimes his naughty streaks are a way of him acting out and trying to be an alpha male. So then, I have to put on the Daddy shoes.

This means that after disciplining him, I have to put on the ‘Daddy hat’, which is the ‘good cop hat’. What does that look like? Well, it varies. We could hug it out and then roll around on the rug playing with his toy cars. Or I could explain to him yet again why Mummy had to punish him.

Even at his early age, we struggle with power. As a boy Nate is genetically wired to be an alpha so he pushes boundaries constantly. I have to perfect the balance of disciplinarian, Dad and Mum.

I am learning as I go along. I don’t have a perfect method but what I have so far works for Nate and I.

And for me, that’s good enough.

Muna is born
In pursuit of happyness
Sons and Daughters
Roll the dice
Retire already
Lighted laugh
Care to shut it?
Close
Subscribe to our content